Judges and lawyers from across Europe take part in a demonstration dubbed the 'March of a Thousand Togas' held to protest against amendments to the country's judicial laws, in Warsaw, Poland, 11 January 2020. [EPA-EFE/TOMASZ GZELL]

Senior judges from nearly all European Union member states joined the protest, arguing that the legislation backed by Poland’s right-wing government undermines judicial independence and the rule of law.

“We have come here to support the Polish judges but we are not politicians,” John MacMenamin, an Irish Supreme Court judge, told reporters.

“We are here about the rule of law, not about politics,” he added. 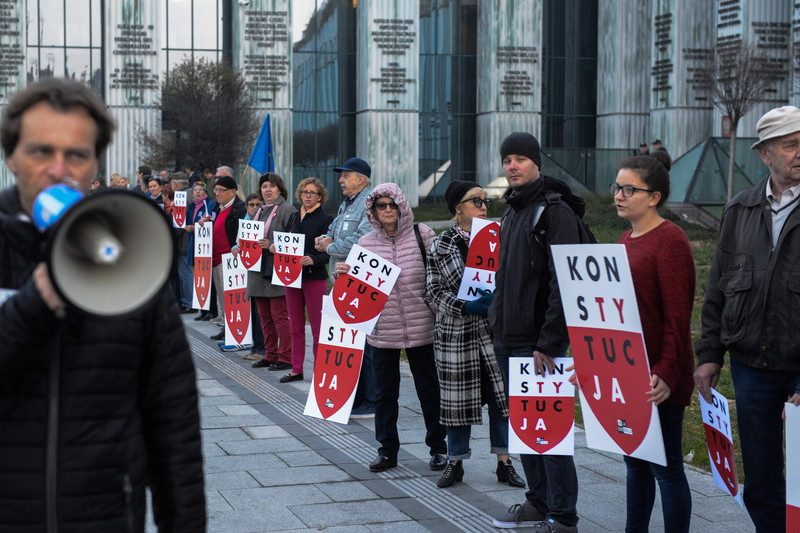 Poland’s change to the retirement age of its judges breaks EU law, the bloc’s top court ruled on Tuesday (5 November), intensifying a standoff over basic democratic standards between Brussels and the conservative government in Warsaw.

While the government insists the reform will tackle corruption, the opposition says the ruling Law and Justice party (PiS) wants to gag critical magistrates.

Polish lawmakers approved proposals last month that will allow sanctions against judges who opposed the reforms, which Supreme Court president Malgorzata Gersdorf has denounced as a “muzzle-law”.

Thousands of Warsaw residents joined the protest, many waving Polish and EU flags, as they marched from the Supreme Court to parliament.

In a letter made public on Friday, the Council of Europe’s human rights commissioner Dunja Mijatovic called on the Senate, where the opposition holds a narrow majority, to reject the bill.

Mijatovic expressed concern that it was “designed to further silence dissent among critical judges and prosecutors and curtail their independence”.

Senate Speaker Tomasz Grodzki has signalled the upper house, where the opposition holds a narrow majority, is likely to reject or change the legislation next week.

However, the PiS-dominated lower house could still overturn its decision and force it into law. 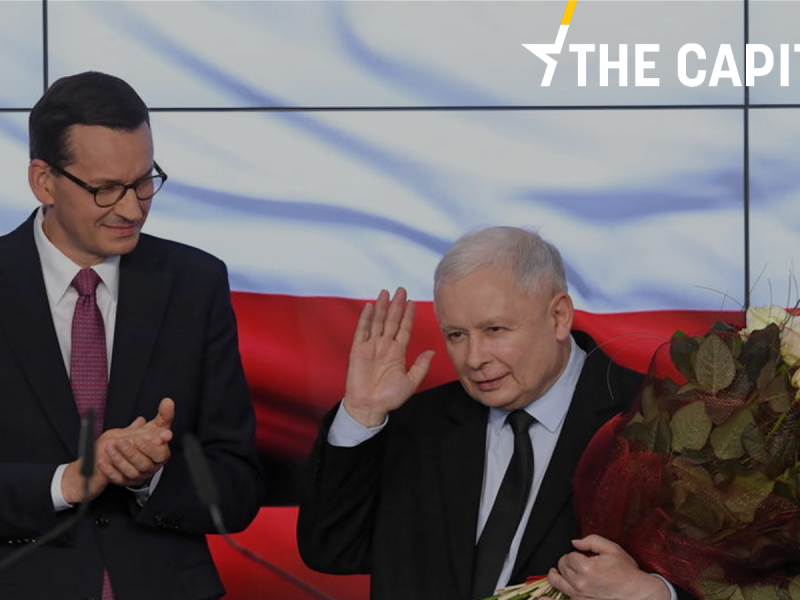 Since taking office in 2015, the PiS has introduced a slew of controversial judicial reforms that it insists are designed to tackle corruption.

But critics, including top European judicial bodies, argue they undermine the rule of law, so threatening Poland’s democracy. 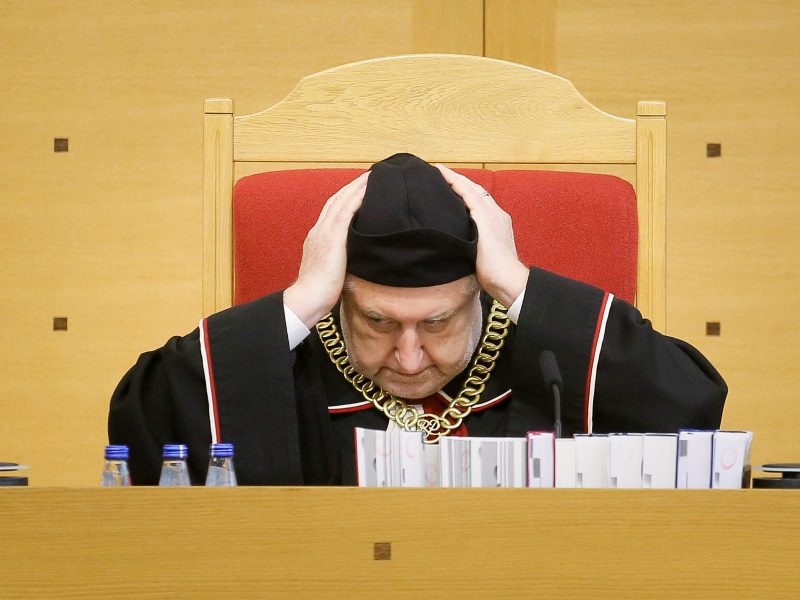