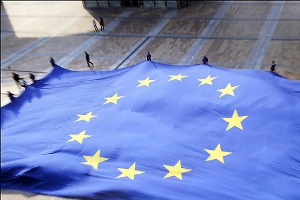 The Commission believes that the better 500 million Europeans understand their rights as EU citizens, the more informed the decisions they can take in their personal lives. This will lead to a more vibrant democratic life in Europe can be at all levels.

Therefore, 2013 has been designated as the European Year of Citizens to mark the 20th anniversary of the establishment of the European Union Citizenship under the Maastricht Treaty.

Throughout this year, Commissioner for Justice, Fundamental Rights and Citizenship Viviane Reding and other EU commissioners will join forces with national and local politicians to hold debates with citizens all across Europe – to listen to them and answer their questions.

"We need the direct involvement of citizens in building a stronger and more political Union. That is why 2013 is the European Year of Citizens – a year dedicated to you and your rights as Europeans," Reding said.

"Union citizenship is more than a concept. It is a practical reality that brings tangible benefits to citizens. The European Commission wants to help people understand how they can directly benefit from their rights and listen to their views about where Europe is headed," she added.

On 10 January, Commission President José Manuel Barroso and Reding will join forces with Irish Prime Minister Enda Kenny and Minister for European Affairs Lucinda Creighton to open the European Year of Citizens 2013 in the Rotunda of Dublin City Hall.

More will be held throughout European municipalities in 2013 and will see European and local political decision-makers engage in a debate with citizens from all across the EU.

Citizenship in times of crisis

However, Hannes Swoboda, president of the Socialists and Democrats Group (S&D), said every year should be the year of the citizens as there is "little respect" for the interests of European citizens in the EU policy debate.

"EU citizens are becoming the victims of the austerity-driven policies to rescue European economies and have to suffer from bad decisions taken by the conservative politicians dominating European politics," Swoboda said.

"We in the S&D Group understand that European people and citizens must be at the heart of our concerns. We cannot tolerate seeing increasing numbers of unemployed young people and whole generations, young and old, sliding into poverty," the S&D president added.

Anne-Charlotte Oriol, spokesperson at the European Year of Citizens Alliance (EYCA), a group of European civil society organisations, also said the current economic crisis reveals a misconception of what a citizenship attached to the European project should be made of.

"It is obvious to us that the economic crisis, with its social and democratic repercussions, needs a fully articulated European answer based upon the effective access to fundamental rights for all residents, in other words an answer ensuring a real implementation of European citizenship," Oriol told EURACTIV.

"That is why our reflection and action throughout the year will take into account the current context of crisis when addressing participatory citizenship; the link between social, economic and political inclusive citizenship for we believe that this is where sustainable replies to the crisis can be found," she added.

EU politicians and citizens must also understand that citizenship cannot be reduced to individual rights but is, essentially, about the effective access to rights which makes the society a coherent whole, according to EYCA.

Citizenship should be a two-way process where people firstly feel concerned by the quality of the public policies aimed at responding to their needs before they take part in defining the policies to be implemented.

"We do hope that such an understanding of EU citizenship prevails in EU institutions by the end of the year and that EU residents will feel positively aware of their role in the European project. We expect this to be a challenge for us and all those who are convinced of the need for citizens to take their due place in Europe," Oriol said.

EYCA's spokesperson emphasised that EU citizens do want to be able to state their opinion on EU orientations and policies.

"We want to be listened to and we want our concerns to have an impact on these orientations and policies. Otherwise, how can one expect citizens to feel part of a European project?"

"There must be a broad debate all over Europe. A debate must take place before a convention and an Intergovernmental Conference is called. A debate of truly European dimension. We cannot continue trying to solve European problems just with national solutions. This debate has to take place in our societies and among our citizens."

"We are convinced that this year can be much more than another communication operation. Europe is flooded by questions but the citizens we are have very little – if no – space to take part in a debate on the future of Europe. Via the civil society organisations present in the EYCA and notably in all EU member states, we will make sure that the needed debates take place so as to voice both citizens’ concerns and their will and ideas."

EU citizenship does not replace national citizenship, but complements it. As a result, all nationals of the 27 EU states have a set of additional rights as EU citizens.

These include the right to vote and stand in local and European elections in the EU country where they live; the right to consular protection abroad under the same conditions as nationals; and the right to petition the European Parliament, complain to the European Ombudsman, or, as of 2012, take part in a European Citizens' Initiative.

There are many rights that derive from European citizenship – but people are not always aware of them. A survey from 2010 showed that too many people still do not feel adequately informed about the different rights available to them: only 43% know the meaning of the term 'citizen of the European Union' and almost half of European citizens (48%) indicate that they are ‘not well informed’ about their rights.

The European Year of Citizens will be about explaining these rights and making sure people are aware of them and do not face any obstacles in exercising them.

10 responses to “EU kicks off European Year of Citizens”