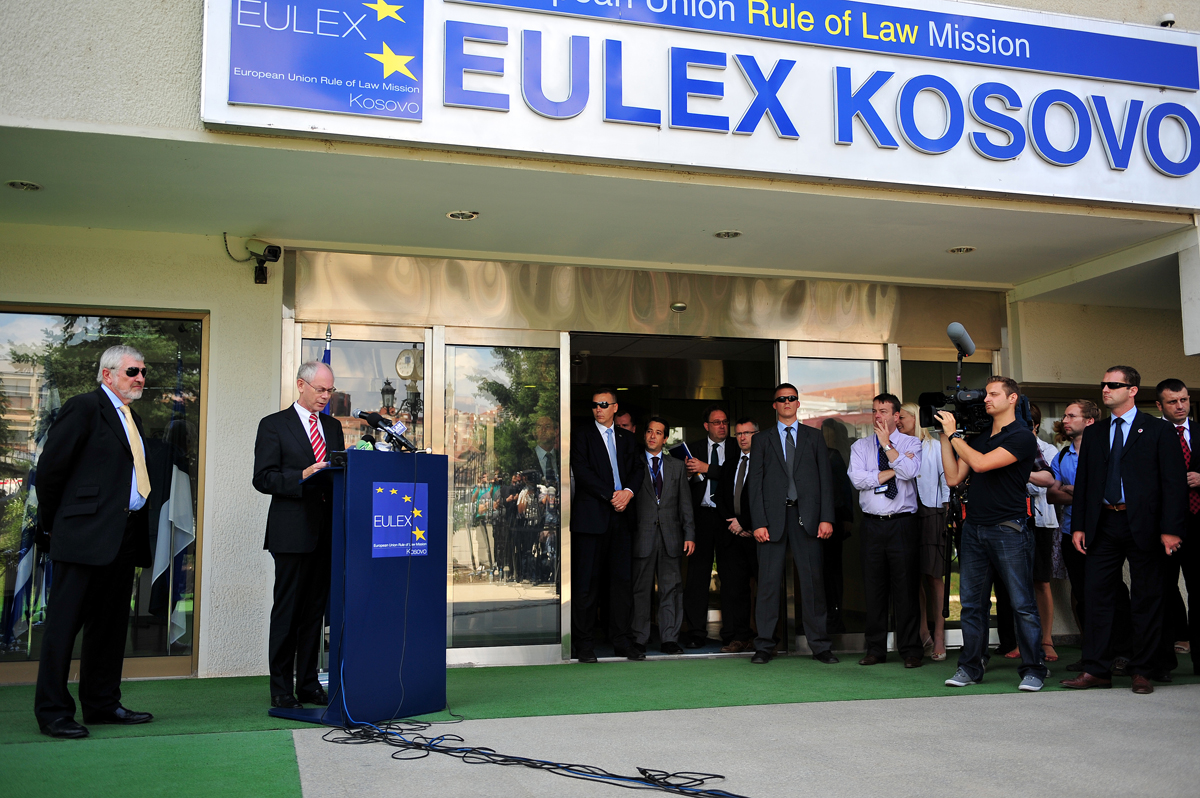 The mission, known as EULEX, is the EU’s biggest and most expensive and the affair threatens to undermine its goal of promoting law and order in the young country.

Citing leaked documents, the leading Kosovo daily Koha Ditore has reported that at least two employees of the mission were being investigated on suspicion of dropping charges in at least three cases in return for money.

The cases included murder and corruption involving a number of senior state officials. Koha Ditore said an EULEX judge and prosecutor were being investigated.

Though he declined to comment on the specific allegations or individuals, EULEX chief Gabriele Meucci said a criminal investigation was launched after the case surfaced in 2013.

The EU had agreed to “partially lift” the immunity of one person, he added.

The newspaper reports have fueled speculation in Kosovo of a possible cover-up, particularly after British prosecutor Maria Bamieh was suspended and she went to the local press describing herself as a whistleblower in the case.

Meucci confirmed the prosecutor had been suspended but did not say why.

“We deserve to be trusted,” he told a news conference. “Allegations of corruption are being thoroughly investigated… If we have allegations of something wrong going on, we are acting, and we don’t just sit and wait and look.”

The mission of 1,600 people deals with sensitive cases of organised crime, corruption and war crimes considered too complex or politically sensitive to be handled by local prosecutors and judges.

Kosovo unilaterally declared independence from Serbia in February 2008, nine years after the end of the 1999 war between Belgrade's security forces and ethnic Albanian guerrillas. In the following years, Kosovo became an international protectorate patrolled by NATO peacekeepers.

Over the past year, the two million-strong republic, 90% of which is composed of ethnic Albanians, has established many of the trappings of statehood, including a new constitution.

More than 100 countries have recognised Kosovo, including the US and most EU members. Serbia, backed by Russia, opposes Kosovo's independence.

The EU decided in February 2008 to deploy a rule of law mission to Kosovo, under the title 'EULEX Kosovo'. The motivation behind the launch of EULEX was highly political, with the Union determined to take over post-crisis management in a territory on the European continent. Its central aim is to assist and support the Kosovo authorities with the rule of law, specifically regarding the police, the judiciary and customs.

Backed by Russia, Serbia initially strongly opposed the EULEX mission and insisted on dealing only with UNMIK, the civilian mission established in the Serbian province following the adoption of UN Security Council Resolution 1244 in June 1999. UNMIK recognises the territorial integrity of Serbia.

The initial objective was for EULEX to take over from UNMIK. Following pressure from Serbia, the EU started using the term "reconfiguration" of UNMIK rather than "replacement" of the UN mission by the EU.