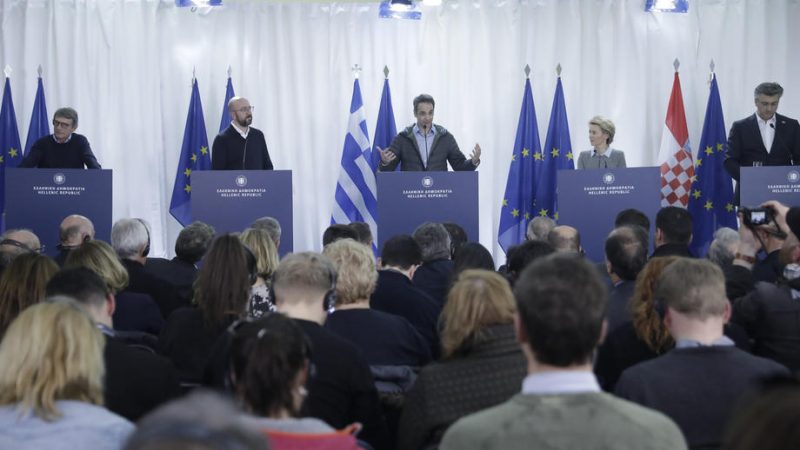 The leaders of the European Commission, Parliament and Council visited Greece on Tuesday (3 March) and sent a strong message to Ankara, saying Europe will not bow to the migration pressure at its external borders.

“Those who seek to test Europe’s unity will be disappointed. We will hold the line and our unity will prevail,” Commission chief Ursula von der Leyen said during a visit to the Greek-Turkish border. 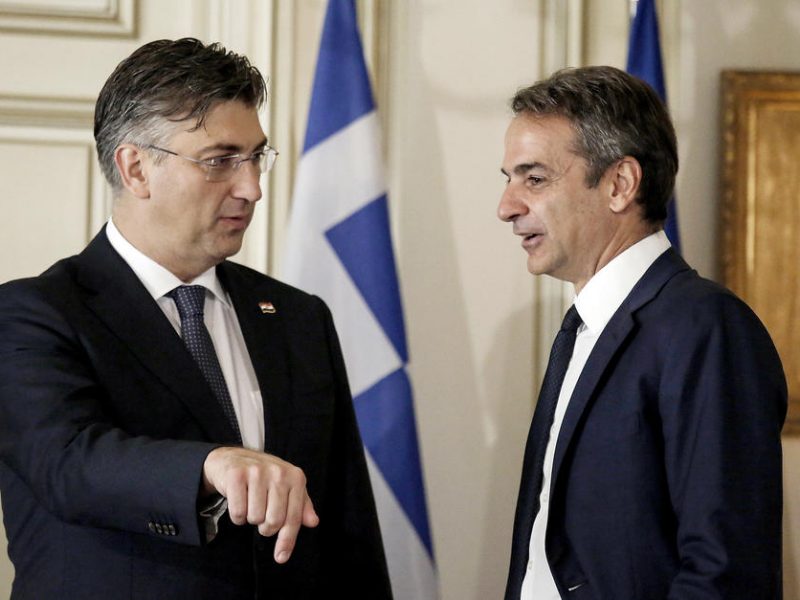 Since then, Athens has launched a diplomatic offensive to tackle Turkey’s pressure at the border, but it has also reinforced border guards and is doing its utmost to prevent illegal crossings.

All leaders vowed to provide Greece with all necessary means to deal with the crisis.

“We can provide financial support of €700 million to Greece, with €350 million available directly and an additional €350 million which can be requested under an amending budget,” von der Leyen added.

Greek Prime Minister Kyriakos Mitsotakis has been quite aggressive against Ankara, saying that Turkey has now become an “official migrant smuggler”.

The conservative leaders added that it is no longer a refugee-migration problem but an “asymmetric threat” to Greece’s eastern border, which is also Europe’s frontier.

“It is my obligation to safeguard the integrity of my country and that is what I will do. My concern is the security of Greece and Europe,” Mitsotakis said.

The Turkish interior ministry said on Monday that 117,677 refugees have crossed into Greece, but the actual number is much smaller.

In the fact check “Is this a refugee crisis?”, EURACTIV’s Georgi Gotev explained that the total number of migrants gathered in the border areas is estimated at some 20,000.

On the other hand, the Greek authorities said on Monday that fewer than 200 migrants have managed to cross the border and that all of them have already been sentenced by Greece to four years of jail for illegal crossing.

The pressure on the Greek border dropped significantly on Tuesday, with Greek media suggesting that the Turkish government had moved refugees and migrants away from the borders ahead of the EU leaders’ visit.

War of words via Borissov

Meanwhile, Bulgarian Prime Minister Boyko Borissov’s visit to Ankara on Monday failed to produce agreement on a summit in Sofia that would bring together Greece, Turkey and EU leaders.

According to Borissov, Turkish President Recep Tayyip Erdoğan refused to sit at the same table with Greek Premier Mitsotakis.

“At the same time, the President [Erdoğan] was ready to come to Sofia on Friday, but his unwillingness to sit at a table with his colleague Mitsotakis cooled my desire to hold this meeting,” Borissov said.

The statement triggered a strong reaction from Athens, where Greek government sources indicated that Turkey was avoiding the summit because it knew it didn’t have the right arguments.

“They use desperate people as pawns,” the sources said, hinting that Ankara is using the refugees as a political tool to put pressure on Europe.