The officials urged Turkey to abide by a 2016 deal which requires it to keep the migrants on its soil in return for EU aid. After an upsurge in fighting in Syria last week, Ankara says it will no longer stop migrants who want to reach Europe.

Greek riot police have used tear gas against the migrants at its Kastanies border post, while the coastguard has tried to stop boats transporting migrants to Greece’s Aegean islands. A Syrian boy died on Monday after his boat capsized in the area.

“The situation at our border is not only an issue for Greece to manage, it is the responsibility of Europe as a whole,” the head of the EU’s executive Commission, Ursula von der Leyen, told a news conference at Kastanies.

“We will hold the line and our unity will prevail,” she said after touring the area with Greek Prime Minister Kyriakos Mitsotakis and the heads of the European Council and Parliament.

The situation at our border is not only #Greece’s issue to manage.
It is the responsibility of Europe as a whole.
And we will manage it in an orderly way, with unity, solidarity and determination. pic.twitter.com/FYIwvu6y0W

Brussels is desperate to avoid a repeat of the 2015-16 crisis, when more than a million migrants entered the EU from Turkey via the Balkans, straining European security and welfare systems and boosting support for far-right parties.

Greek troops and riot police remained on high alert along the Turkish border on Tuesday, though there were no reports of significant new clashes with the migrants. 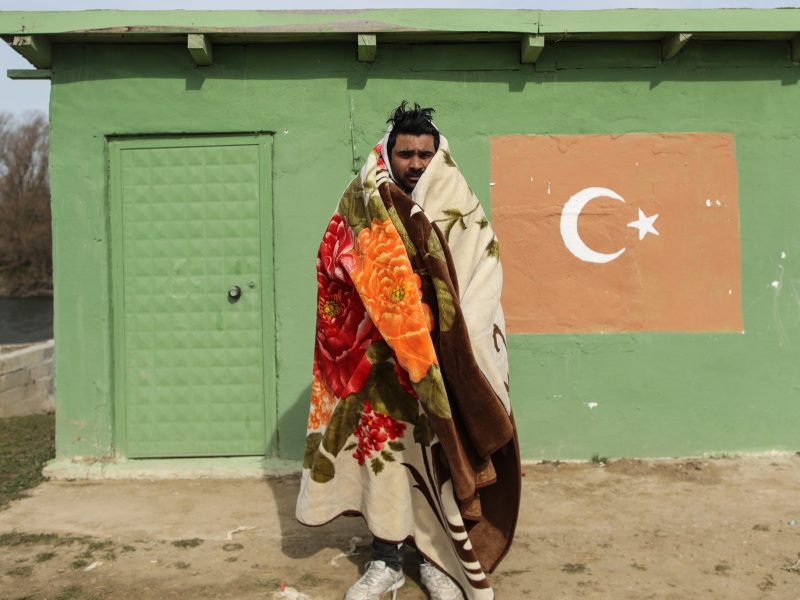 For many, the dramatic events at the Greek-Turkish border resemble the 2015 refugee crisis, when more than a million refugees, mostly from Syria, crossed into Europe across the Mediterranean or overland. But is this really so? EURACTIV takes a closer …

“There were only a few attempts today (to cross the border). Let’s hope they get the message,” a machine gun-toting army officer told Reuters at the Kastanies border post.

Army jeeps patrolled the area and roads leading to the Evros river which marks the Greek-Turkish border remained shut.

Signs of the crisis also surfaced in Cyprus, where a boat carrying 101 Syrian migrants reached the southeastern coast of the eastern Mediterranean island, an EU member state, late on Tuesday, Cypriot police said.

By contrast, the border that Turkey shares with EU member Bulgaria, to mainland Greece’s north, was quiet.

The crisis has badly strained relations, never good, between Ankara and Athens.

Mitsotakis accused Ankara of deliberately encouraging migrants to head to the border to “promote its geopolitical agenda and divert attention from the situation in Syria”.

He also said these migrants were not fleeing the latest flare-up of fighting in Syria’s Idlib province but were people “who have been living safely in Turkey for a long period of time”. Many speak fluent Turkish, he added.

Frictions also between Sofia and Athens

Bulgarian Prime Minister Boris Borissov, who maintains good relations with Turkish President Recep Tayyip Erdoğan, voiced hope the crisis could be overcome. “We have agreed to work with all our goodwill for good neighbourly relations…to solve the conflict,” he said after meeting European Council chief Charles Michel and von der Leyen in Sofia.

Borissov met with Erdoğan in Ankara on Monday and obtained assurances Bulgaria’s border will stay calm. 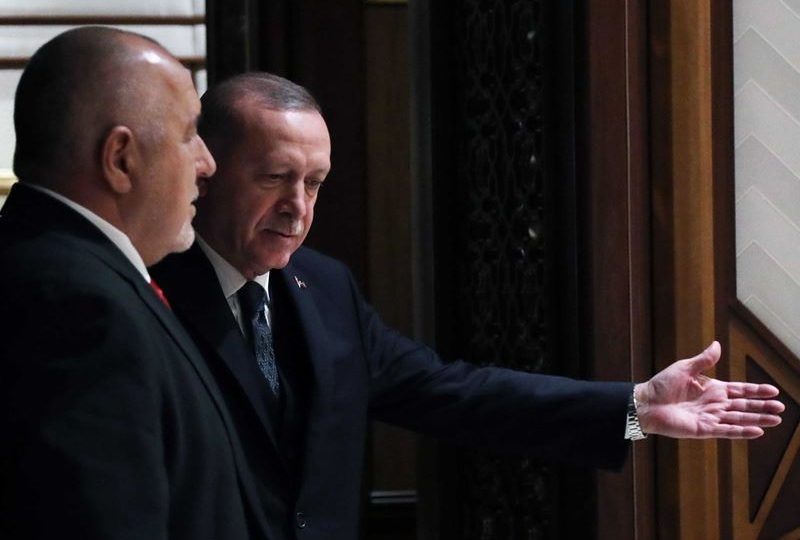 “If a country doesn’t lead a wise policy, you have a situation like the Greek-Turkish border”, Borissov said on video footage on Tuesday.

His comments in recent days have upset the Greek authorities. Replying to his statement that Erdoğan doesn’t want to sit at the same table with Mitsotakis, Greek government sources commented:

“The one who has right on his side has no problem to talk. On the contrary, others are the ones who face difficulties [in talking]. They [prefer] the bazaar using desperate people as pawns. They have now recalled the International Law which they have been systematically violating for years.”

Apparently, the Greek side refers to Borissov’s policy of handing over Turkish fugitives to Ankara.

Good meeting with Bulgarian PM @BoykoBorissov and @eucopresident Charles Michel on strategies to tackle migration challenges in the region & how best to engage with #Turkey.
🇧🇬Bulgaria’s experience of the region and strategic location are key to achieve this. pic.twitter.com/i9xNgq103s

The Bulgarian press highlights that Greece obtained €700 million to deal with the new episode of the migrant crisis, while Bulgaria only got “compliments”.