The new counter-terrorism package has been brought forward from 2021 in response to pressure from member states after recent terror attacks in France and Austria.

“Member states should urgently complete the modernization of our external border management within the agreed roadmaps, with the ambition of developing the world’s most modern border management system,” the Commission said.

Europol’s main task is to collect data on cross-border crime and make it available to national authorities for their investigations. EU investigators are currently not allowed to collect this data themselves, but have to request it from national agencies.

“Despite the progress made, more work is needed,” the Commission said, outlining plans to strengthen the EU agency with an increased budget and larger competences, including the possibility to issue its own alerts on foreign fighters.

Europol should be equipped with “modern means to support the EU countries in their investigations” so it will be able to query relevant data from internet companies directly for investigations, Home Affairs Commissioner Ylva Johansson told reporters.

The Commission also wants to work with governments to improve access to digital evidence and encrypted information used by criminals.

As part of its EU Presidency mandate, German Interior Minister Horst Seehofer  in November insisted on enabling access to encrypted communication to prevent terrorist attacks. However, privacy advocates and civil society organizations condemned the step as a breach of privacy regulations.

According to the plans, Europol should, therefore “act as a contact point for internet platforms if it is not clear which member state is responsible” if there is a suspected terrorist attack plan.

In addition, according to the Commission, EU crime experts should specialise in the analysis of large and complex data collections in order to help national authorities cope with threats.

It should therefore also be possible for Europol to call on national authorities to investigate, even if the suspected crimes do not in themselves have any cross-border dimension.

The Commission also urged member states and EU lawmakers to quickly adopt legislation proposed in 2018 for the rapid identification and removal of terrorism-related content within an hour on the instruction of national authority, on which negotiations have stalled.

“We need an agreement soon and we cannot allow the internet to become a live theatre of terrorism,” Schinas said.

The EU’s executive estimates that 5,000 EU citizens have travelled to Syria and Iraq to join jihadist groups, including 1,500 who are still in the area. 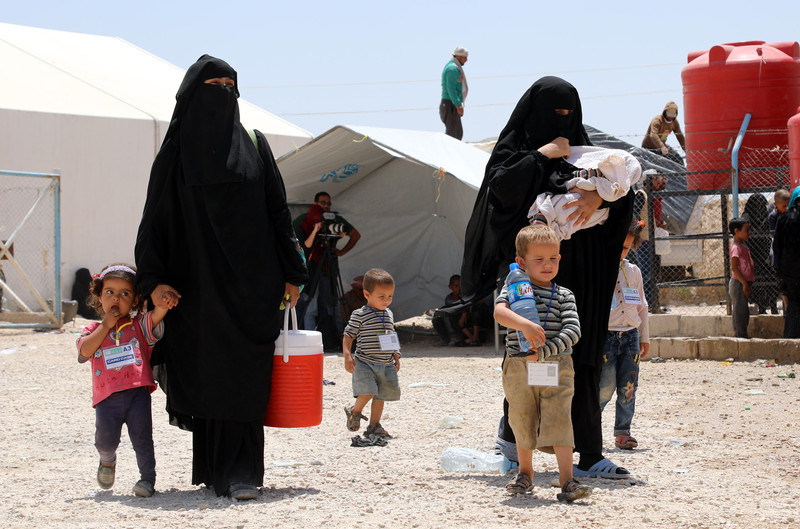 Hundreds of women and children, many of them relatives of foreign fighters, are interned in the al-Hawl camp in Northeast Syria and have created “a miniature version of the Islamic State (IS)”, which risks becoming a breeding ground and risk for Europe’s security.

“All those entering the EU, citizens or not, must be checked against the relevant databases,” said the commission, which will also propose that individuals who have been denied a firearm for security reasons in one EU country can not apply for a weapon in another.

In its proposal, the Commission urged member states to share intelligence on Islamist foreign fighters in a bid to carry out targeted checks.

As several of the recent attacks have targeted public spaces or symbolic facilities, critical infrastructure such as hospitals, transport hubs or power plants should also be better protected, the proposal stated.

In its efforts to anticipate threats and find out where the vulnerabilities lie, the Commission will support member countries when conducting risk assessments to be fed into the EU’s Intelligence and Situation Centre (EU INTCEN) to protect soft targets.

As part of the broader package, the Commission also said it will push for better implementation of security policy legislation, such as the 2017 Firearms Directive, which has yet to be implemented in a range of EU member states.

“We cannot lose more time – it’s beyond explanation that our legislation or directive on firearms adopted after the Bataclan attacks are still pending discussions in the European Parliament,” Schinas said.

Counter-terrorism efforts are expected to be discussed at an EU summit on Thursday (10 December) in Brussels.

However, both the statement and the Commission’s new counter-terrorism proposal contrast with member states’ insistence on the national competence on security matters.

Last month, French President Emmanuel Macron pleaded for reform of the Schengen agreement, through which most EU countries abolished their national borders, to reinforce European security, while the European Commission announced an updated Schengen strategy for next May.

France reintroduced border checks after the Paris attacks and is planning to further reinforce its police and military presence at its own borders, while Austria, Sweden and Denmark reintroduced temporary reinforced controls, citing security reasons.

On Wednesday (9 December), a French draft law will be published and presented to the French government, to ‘defend French democracy from radical Islam’.

Macron has been accused in recent weeks of playing into the hands of the French far-right and trying to re-invent French “secularism”.