Airbus has indicated that its model is not capable of carrying weapons and that it will be painted white with the "Frontex" label. The first tests will be carried out in Greece on the island of Crete. [{christophe Petit Tesson/EPA/EFE]

As part of the “maritime air surveillance services” it provides, the EU has decided to use remote-controlled and long-ranged aircraft that fly at medium altitude, known to the general public as drones.

According to the Guardian, the EU signed two contracts each worth €50 million for the supply of unmanned drones: one joint contract with European aeronautics and defence conglomerate Airbus and state-owned Israel Aerospace Industries (IAI), as well as one contract with Elbit Systems, a private Israeli arms company.

The operations will be carried out in “Greece and/or Italy and/or Malta”, according to the framework contract signed between Frontex and the suppliers, as part of the border control measures in southern Europe. 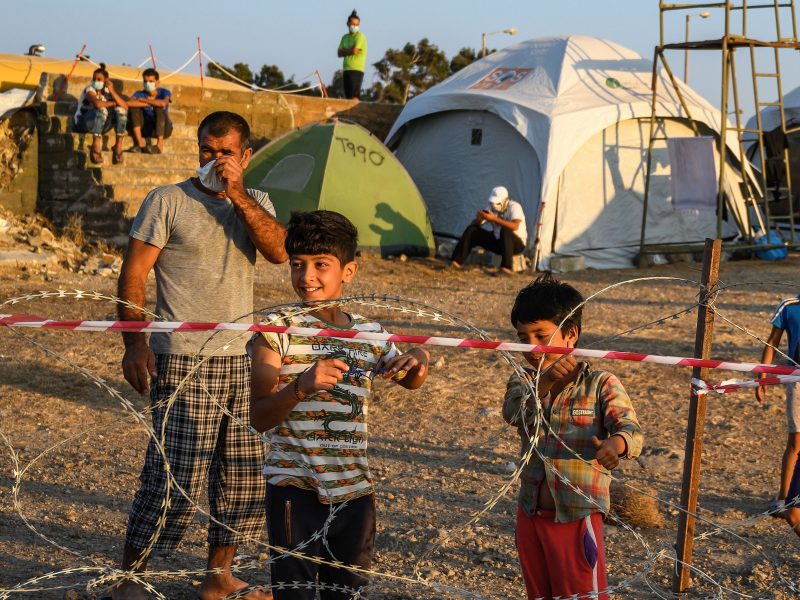 The UN refugee chief lambasted on Monday (5 October) countries which close their doors to desperate migrants and Europe’s “shameful” refusal to allow migrants stranded at sea to disembark quickly.

The budget of the European Border and Coast Guard Agency (Frontex) has increased from €6 million in 2005 to €460 million this year, reflecting the growing importance given to external border control due to increased migration. The air surveillance service will include the provision of a reliable real-time data flow and the ability to share such data in real time.

The IAI claims that its Heron drone, commonly used by the Israeli and German armed forces, is capable of flying for more than 24 hours, can fly higher than 35,000 feet and cover up to 1,000 miles from its base.

For its part, Elbit Systems claims that its Hermes drones can fly for up to 36 hours at 30,000 feet. Last month, Elbit announced that Hermes drones had been tested with the UK Maritime and Coast Guard Agency off the west coast of Wales for search and rescue operations.

The Israeli drones are the result of surveillance technology that Israel has developed and tested in a series of attacks on Gaza, as detailed in a Human Rights Watch report.

Airbus has indicated that its model is not capable of carrying weapons and that it will be painted white with the “Frontex” label. The first tests will be carried out on the Greek island of Crete. 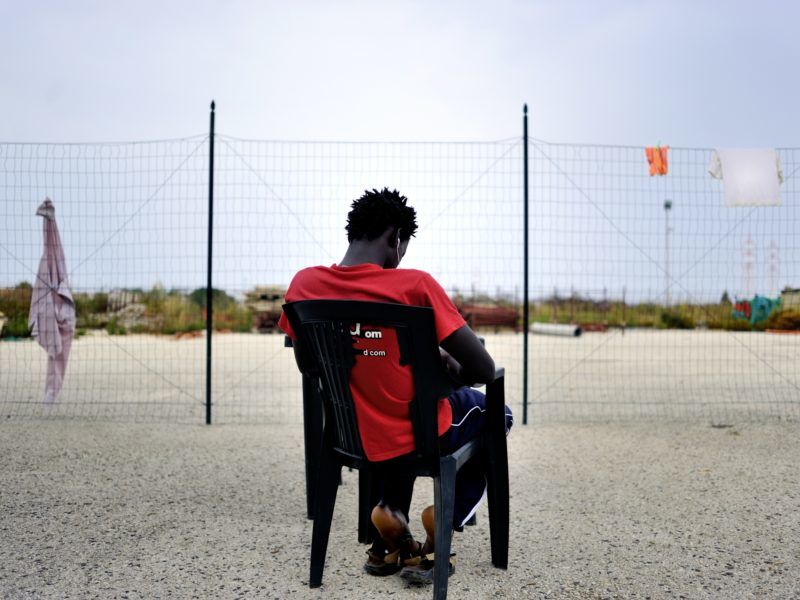 After a journey often marked by violence and abuse, more than 210,000 unaccompanied minors without future prospects who have applied for asylum in Europe over the past five years are living in crowded refugee camps. EURACTIV’s partner EUROEFE reports.

As part of the Frontex programme, the Italian Falco Evo drone from the Leonardo company had already been tested for maritime air surveillance activities in Italian and Maltese civil airspace.

In June 2019, the drone had made it possible to uncover a practice frequently used by smugglers: the unloading of dozens of people from a ‘mother ship’ to a boat which is then left adrift. The Guardia di Finanza, the Italian customs police, alerted by the images of the drone, then intercepted and seized a fishing boat.

However, the use of this type of technology still gives rise to many fears. The most vocal critics of aerial surveillance by unmanned drones argue that the legal obligation to assist a vessel in danger and rescue shipwrecked people does not apply to any unmanned aerial vehicle.