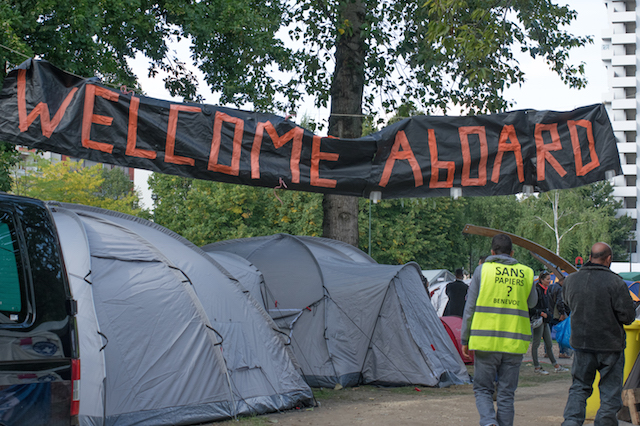 After ministers voted on a relocation plan Tuesday (22 September), the attention at today’s EU extraordinary summit will focus on strengthening the bloc’s external borders, as well as giving extra funding to Turkey, Jordan, Lebanon and UN agencies. EURACTIV France reports.

The European Council will try to overcome the hostility of several countries today (23 September), including the Visegrad Four – Slovakia, Hungary, the Czech Republic and Poland – to accept a distribution plan for 120,000 refugees. This plan, which has met with particularly strong opposition in Eastern Europe, was also criticised by France in recent weeks for infringing on the sovereignty of EU member states.

The ministers adopted draft conclusions, in which a few details still need to be ironed out. Most of the text yet to be decided concerns the timing of the relocation.

The plan was approved yesterday, in spite of opposition from the Czech Republic, Slovakia, Romania and Hungary, with Finland abstaining. For decision-making in the field of justice and home affairs, a qualified majority vote applies.

A two-stage strategy has been put in place to overcome this uncompromising opposition. The first stage is to draw attention to the international dimension of the crisis.

Donald Tusk, the Polish President of the European Council, will prioritise two international organisations; the World Food Programme and the UN Refugee Agency. These two UN agencies are currently underfunded and overstretched in their efforts to help refugees in Lebanon and Syria. While the EU has no plans to provide them with extra funding, it is urging its members’ diplomatic services to increase their support efforts.

The EU also plans to help Turkey. As Matteo Renzi and François Hollande recalled on 17 September, the country is under extraordinary pressure from the high number of refugees fleeing over its borders from Syria and Iraq.

The second stage, the plan’s architects hope, will convince the Eastern European countries to change their mind, is a series of adjustments to the EU’s refugee hosting arrangements.

Initially restrictive and binding, the plan that the 28 member states now have to agree on is far more flexible.

The calculations used to determine how the refugees should be distributed have been slightly revised: the smallest countries will have special arrangements, as GDP and population are no longer the only criteria on which the calculations are based. States will also be allowed a more flexible time scale in which to fulfill their obligations.

Finally, the European Commission is prepared to offer a safeguard clause, in the event of of new and exceptional circumstances, like an influx of refugees from a new country of origin.

A French source told EURACTIV that these arrangements should make it easier to reach a consensus, especially as a precedent already exists. The EU 28 have already successfully distributed 40,000 refugees.

Reception centres designed to register and orient the refugees, christened ‘hotspots’ by the Commission, will be established in Greece and Italy, but not in Hungary, which refused the idea. The EU plans to finance this plan with the European budget, and implement it using Frontex and the European Asylum Support Office.

New arrivals in the EU will have to report to one of these reception centres for a period of between several days and several weeks, before being given a destination in another EU country.

The end of quotas?

Asylum seeker quotas now appear to be a thing of the past. EURACTIV’s French source said, “The Commission has used this term but the member states refused it and it does not appear in any of the official texts. There is no desire to treat people like milk quotas.”

This high number of concessions made to Eastern European member states comes shortly after Hungary has begun work on another wall, this time within the Schengen area, along its border with Croatia. Between this latest provocation, and the legal procedures against migrants announced this week, the country can expect a strong reaction from the European institutions.

The centrist ALDE group has asked for permission for the European Parliament to decide whether to implement the procedure laid out in Article 7 of the Treaty of the European Union, designed to be activated in case of the serious violation of European values by a member state.

This provision can be activated by one third of member states, the European Parliament or the Commission, if they feel there is a “clear risk of a serious breach” of these values. It is then up to the Council to hear the explanations of the member state concerned, and to decide whether or not to suspend certain rights, like the right to vote.

Tens of thousands of Middle Eastern and African refugees have arrived in Europe through the Balkans, while others have crossed the Mediterranean to arrive on the shores of Italy.

Member states rejected a Commission proposal in May this year, which aimed to apply the principle of solidarity by sharing the refugee burden across the European Union.