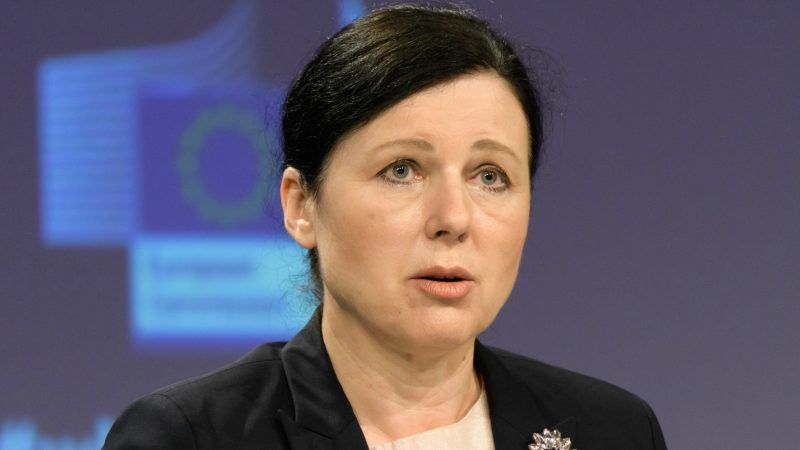 Her visit will increase pressure on the EU member after the European Parliament expressed “serious concerns” about police independence and international money-laundering on the island in a resolution adopted last year.

The resolution was adopted after Maltese journalist Daphne Caruana Galizia, an anti-corruption campaigner, was killed in October by a car bomb.

Commissioner Věra Jourová said she planned to go to Malta by June to discuss “several” open issues with the authorities.

The parliamentary body of the Council of Europe, a European human rights watchdog, also said on Monday it would monitor the investigation, adding it was crucial to bring to justice not only the perpetrators but also those who ordered the killing.

These decisions came as a group of local and international media groups, including Reuters, began following up stories covered by Caruana Galizia, in an initiative called the Daphne Project.

Malta, together with other EU states, faces a sanction procedure for its delay in adopting new EU rules against money laundering.

Jourová said she wanted to address this issue in her forthcoming visit and also the strengthening of the Maltese agency to tackle money laundering, the Financial Intelligence Analysis Unit.

Malta was today (11 January) accused of being a tax haven as it took over the rotating presidency of the EU. Some companies in the EU’s smallest country pay as little as 5% tax on their profits.

“I of course want to inquiry about the state of play in the investigation on the murder of Madame Galizia,” Jourová told a news conference in Brussels.

Three people have been charged so far for the murder but police have not yet identified who ordered the killing .

“This investigation is not just about bringing to justice the people who have actually made the bomb, and made the explosion that killed Daphne. This is also about uncovering who gave the order to do that,” commission vice president Frans Timmermans said, speaking at the news conference with Jourová.

“We will keep pushing the Maltese authorities,” he said.

Starting in February, Malta is planning to sell EU passports to foreigners, but a European Parliament vote on Thursday (16 January) is unlikely to overturn the decision, as the country has a long track-record of handing out citizenship for a price, EURACTIV Germany reports.

Timmermans insisted that EU passports can be sold only to individuals who have a clear “demonstrable” link to an European Union country.

“This is a question that, I think, can be raised with the Maltese authorities when discussing the passport scheme,” he said.

The commission forced Malta in 2014 to amend its scheme so that only people who had effectively resided on the island for at least 12 months could obtain citizenship, but the country has since allowed foreigners to buy passports with laxer requirements, the Daphne Project consortium found.