European Commissioner for Home Affairs Ylva Johansson during a media conference after a meeting of EU interior ministers at the European Council building in Brussels, Belgium, 13 November 2020. [EPA-EFE/Virginia Mayo]

EU interior ministers on Friday (13 November), promised a coordinated crackdown on Islamist extremism after last month’s attacks in Paris, Nice and Vienna, as the bloc walks a fine line between tackling the threat of terror attacks and stigmatizing its Muslim communities.

“In the end, all interior ministers adopted a joint declaration on the recent attacks in Europe,” said German interior minister Horst Seehofer said after the meeting. “It’s a great sign of cohesion and solidarity,” he added, speaking alongside EU Home Affairs Commissioner Ylva Johansson.

In their joint statement, ministers agreed to finalize negotiations on regulations for faster removal of online terrorist content by the end of this year.

“The aim is to enable issuing removal orders with cross-border effect to create a new and rapid and effective instrument to counter terrorist content online within an hour or less of its being reported while maintaining effective safeguards for the protection of fundamental rights,” the statement read.

Before the meeting, Seehofer had stated that in the fight against terrorism, investigators must also be able to access encrypted communication.

“Personally, I am in favour of us making use of all the intelligence services that are theoretically available to us,” he told reporters.

Earlier this week, mooted plans to ban the secure encryption of messages on channels such as WhatsApp caused outrage by civil rights and data protection activists and were toned down in the final ministerial statement.

They also agreed to reinforce the EU’s external borders as “the competent authorities need to know who enters the Schengen area and who travels within it.”

“We must effectively control our external borders, record entries and departures from the Schengen area in digital form, and cooperate more closely with third countries in order to combat terrorist threats,” they said.

There is a need to “strengthen and further develop options for security measures within the Schengen area as well as instruments for cross-border law enforcement cooperation” by continuing “with the implementation of European legislation on the new databases and interoperability of our databases”, ministers said.

Additionally, there are also ideas for a strengthened role and more powers for the EU’s police agency, Europol, in sharing intelligence between member states.

Johansson announced that the European Commission intends to present an action plan to combat terrorism at the beginning of December.

The push comes after several key EU leaders, including France and Germany, earlier this week promised to renew efforts to fight Islamist terrorism, calling for a reform of the Schengen area and measures against foreign fighters.

Johansson described the result as a good signal for all European member states that wanted to take action against terrorism and extremism ‘shoulder-to-shoulder.’

“They want us to do more and to cooperate more and I think this is necessary,” she added. 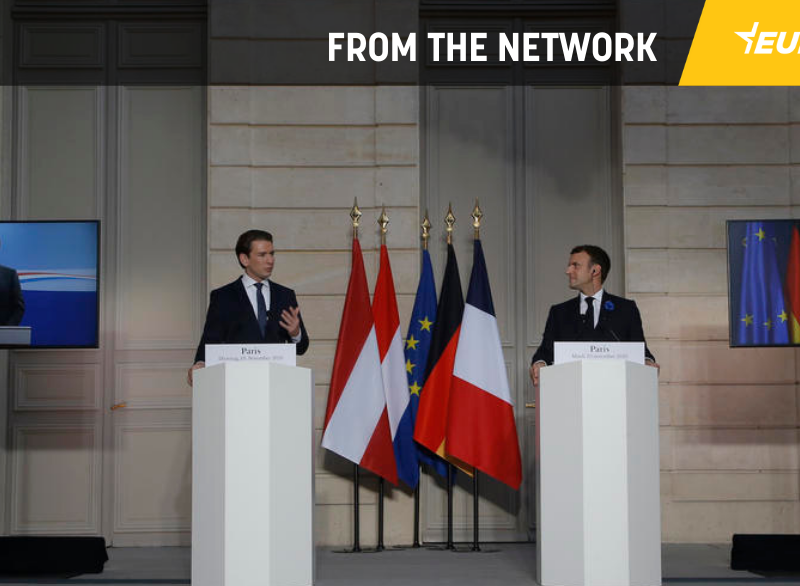 Some member states, notably France and Austria, have been calling for action to specifically target Islamist extremism – including ideology.

But, despite noting the Islamist motivation of the murder of schoolteacher Samuel Paty in France last month, the joint statement did not single out any particular religious faith and does not mention ‘Islam’ as such.

The reference to Islam was removed from the EU governments’ declaration after disagreements.

Instead, member states pledged to protect “religious expression which is both peaceful and respectful of the laws adopted by our member states. This applies equally to all religions.”

“Our fight against terrorism is not directed against any religious or political beliefs, but against fanatical and violent extremism,” the statement said.

Nevertheless, “migrants are expected to make an active effort to become integrated” and violations of European laws and values “should be neither downplayed nor tolerated, no matter what motivates them.”

“It’s disappointing to see that ministers continue to fall into the trap of conflating discussions around counter-terrorism and integration – this is not only unnecessary but entirely counterproductive – pandering to populist narratives and further alienating people from their communities,” Imogen Sudbery, the International Rescue Committee’s (IRC) Director of Policy and Advocacy for Europe, commented.

“We urge the European Commission to ensure this counterproductive agenda does not find its way into its long-awaited Action Plan on Integration, which is due for release on 24th November and we call on the EU and its member states to make clear commitments to fostering social inclusion,” he added.