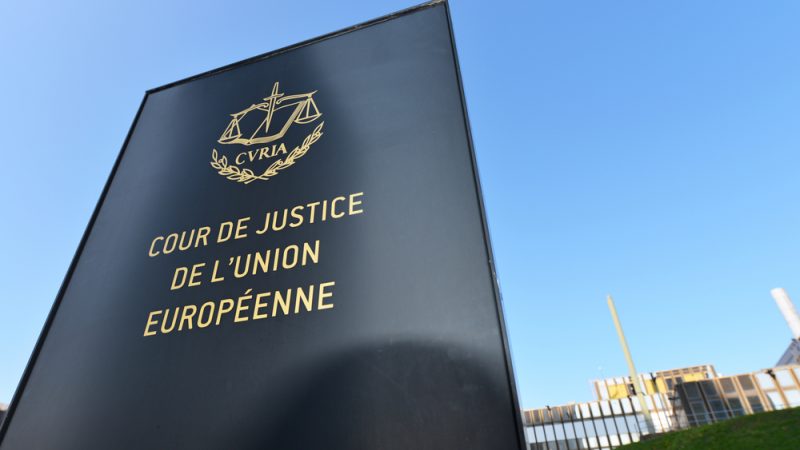 The mechanism, which, if implemented, could see countries with systemic rule of law problems lose out on EU funds, had posed a significant hurdle in negotiating the bloc’s €1.8 trillion seven-year budget at the end of 2020.

Under the hard-fought compromise eventually hammered out by the European leaders, Hungary and Poland would unblock the budget’s approval after the bloc’s top court had ruled on whether the mechanism falls foul of EU treaties.

In an indication of the judgements’ significance, the European Court of Justice (ECJ) broadcast the decisions live for the first time, in the languages of challengers, with the Court president, Belgian jurist Koen Lenaerts, speaking Hungarian.

Hungary and Poland had argued that the law was adopted based on incorrect treaty articles, that it was incompatible with the existing mechanism on rule of law values in EU treaties, and that it violated the principle of legal certainty.

However, their arguments failed to convince the ECJ, whose decision is final and cannot be appealed.

The court found that the article relied on to pass the regulation was chosen correctly, as the law falls within the EU’s power to create “financial rules” when implementing the budget.

The judges also said the mechanism is different from the so-called Article 7 process, which is created to penalise EU countries that stray from fundamental bloc values. In contrast, the conditionality mechanism aims to protect the budget.

Both Hungary and Poland have been in the Article 7 procedure since 2018 and 2017 respectively. However, the highly political procedure – which can strip the countries breaching bloc values of voting rights in the EU Council if other EU members unanimously agree – has been stuck in the Council.

Both the ECJ and the Commission were keen to stress that any measures would not be ‘punitive’ and aimed to protect bloc finances, even if they could see the two countries losing millions.

Even with the final judgement in place, the two capitals are unlikely to face fines earlier than this summer, at the end of a lengthy procedure.

To trigger the mechanism, the Commission has first to notify the EU countries concerned, after which the capitals will have one to three months to “make observations”.

Once comments are received, the EU executive will decide within the “indicative time limit of one month” whether it will move to ask other EU countries to give their blessing for action.

If the Commission moves forward, it will again have to give the EU country a month to “submit its observations, in particular on the proportionality of the envisaged measures”.

Once the EU executive receives the second round of comments on the measures, it will have another month to submit its proposal to other EU countries.

Member states will then have up to three months to adopt or amend the Commission’s proposal with a qualified majority in the Council.

Last year’s compromise budget deal also included a controversial promise by the European Commission that it would not activate the procedure until it had put in place guidelines governing its use.

The EU executive sent information letters under the conditionality regulation, seen by EURACTIV, on 19 November. It asked Budapest to explain ineffective prosecutions and problems in public procurement while focusing on judicial independence and the implementation of EU court rulings for Warsaw.

The two capitals responded at the end of January, and the Commission is now looking into the replies.

However, critics accuse the EU executive of dragging its feet, as neither the information letters nor the guidelines are a mandatory step to launch the conditionality procedure under the regulation.

There are already indications that the Commission intends to take its time with the procedure.

Speaking at an online event two weeks ago, EU justice Commissioner Didier Reynders referred to the maximum period of three months for capitals to respond to the initial notification by the Commission, instead of the shorter option of one month.

The justice chief also hinted the controversial guidelines might need to be updated.

“We will have to send the guidelines about the use of the regulation to the Council and the Parliament if there are some needs to change the actual guidelines on the basis of the decision of the Court of Justice.”

Meanwhile, frustrated lawmakers in the European parliament managed to mount their own legal case, albeit a weak one in the view of experts, against the EU executive for “failure to act”.

MEPs will debate the court ruling on the same day. To the frustration of some, however, Commission President Ursula von der Leyen will be represented by her Budget Commissioner Johannes Hahn in the European Parliament.

So, von der Leyen will not attend the European Parliament session on the rule of law on Wednesday.

After months of refusing to take action against rule of law violators she now refuses to justify herself in front of MEPs.

Also on Wednesday, Poland’s Constitutional Court, considered by critics to be controlled by the ruling Law and Justice (PiS) party, is set to review a case that experts say targets the rule of law mechanism.