Referring to the migrant crisis on the Turkish-Greek border, Plenković said Croatia has been in constant contact with the leaders of the European institutions and the leaders of Bulgaria and Greece.  [EPA/KOSTAS TSIRONIS]

“My assessment is that it will not be anything like 2015, but we must be prepared,” the president stressed, referring to the migrant crisis of that year, when he had been prime minister.

He added that the current Greek government would not pursue the policy of the former Tsipras government and would not open its borders. Prime Minister Plenkovic said currently Croatia will not send the army to its borders and expressed the need to renew the agreement with Turkey, which is a “guarantee of security for the whole EU”. 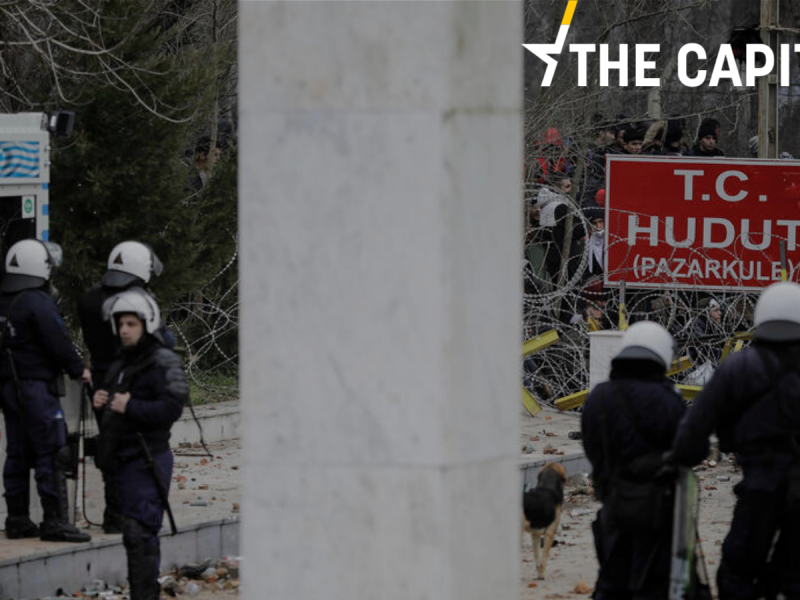 Balkans brace for another migration crisis, urge EU to wake up

Before you start reading today’s edition of the Capitals, we invite you to read the Special …

Referring to the migrant crisis on the Turkish-Greek border, Plenković said Croatia has been in constant contact with the leaders of the European institutions and the leaders of Bulgaria and Greece.

“There should be a common EU response to this new situation, and, above all, we should continue the agreement with Turkey. We need to renew the agreement that we have had with Turkey in recent years, where the Union has allocated 6 billion euros to finance the numerous refugees and migrants who have been on Turkish territory,” he said,

“This agreement is practically a guarantee of security for the whole EU, and above all for Greece and Bulgaria,” he emphasised.

He added that the army won’t be sent to the borders, but it might be considered if circumstances change. “The position of the Croatian government is that the border is guarded by the police ” the prime minister said.

Deputy Prime Minister Davor Božinović announced that he, along with Plenković and high-level European delegation, will visit the border between Greece and Bulgaria on Tuesday since it is important that European officials receive “first-hand information’’ about the migrant wave and monitor developments on the Turkish-Greek border.

On Wednesday, when the interior ministers will hold an extraordinary meeting in Brussels, he expects to agree on a common position on migration, “because without a common EU policy, this crisis cannot be resolved in the long run, or canonised in a truly humane way.”

Meanwhile, EU foreign policy chief Josep Borrell and Commissioner for Crisis Management Janez Lenarčič will visit Ankara on 3-4 March to discuss the ongoing escalation in the northwestern Syrian province of Idlib and the situation of Syrian refugees in Turkey in general.

An extraordinary meeting of EU foreign affairs ministers is scheduled on Friday (6 March) in Zagreb as European are trying to find their feet in the developing crisis at the Greek-Turkish border.

EU spokesperson Peter Stano called on Monday on the Syrian regime supported by Russia to stop the hostilities in Idlib because, as he said, it creates inhumane conditions that trigger the flow of refugees to Turkey and then “force” Turkey to take the steps we are currently experiencing.

Commission officials refrained from saying that Turkey’s decision to open its borders was a violation of the 2016 EU-Turkey Statement.