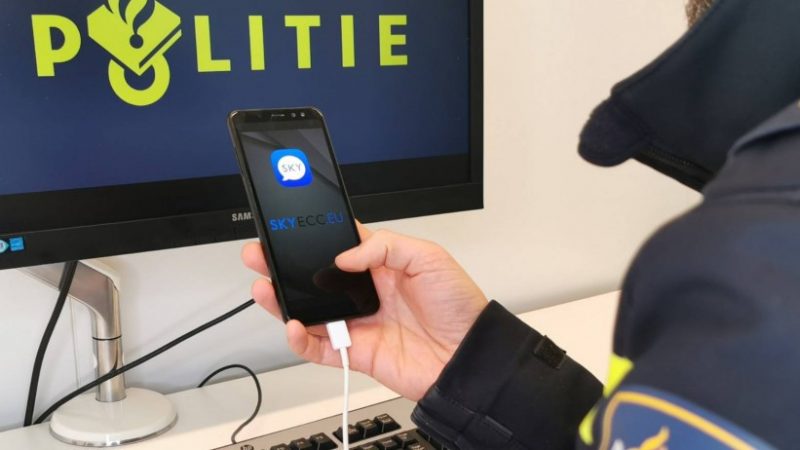 Police said Wednesday (10 March) they had arrested at least 80 people and carried out hundreds of raids in two European countries after shutting down an encrypted phone network used by organised crime groups.

Belgian, Dutch and French police said they hacked into the SKY ECC network, allowing them to look “over the shoulders” of suspects as they communicated with customised devices to plot drug deals and murders.

“During an action day on Tuesday, large numbers as well as numerous house searches and seizures were made in Belgium and the Netherlands,” Europol and its judicial twin agency Eurojust, said in a statement.

In France, law officials have identified some 2,000 users of SKY ECC “allowing for procedures to be opened relating to large-scale drug operations and attacks on people,” the Paris prosecutor said.

“The network we are dealing with seems to be almost exclusively used by large-scale criminals.”

Police launched a top-secret operation to crack the SKY ECC network — which operates over a special phone — and “as of mid-February, authorities have been able to monitor the information flow of approximately 70,000 users,” the Hague-based law agencies said.

Users paid high subscription prices for the encrypted devices, “up to €2000 per line and for six months,” the French prosecutor said.

SKY ECC in a statement denied it had been hacked.

It said however that phony devices sold through unauthorised channels had been compromised by a phishing application.

“SKY ECC has not been contacted by any investigative authority,” it added, saying the company “has a strict zero-tolerance policy that prohibits any criminal activity on its platforms.”

In Belgium, police raided some 200 homes and arrested at least 48 people. Police confiscated at least 185 devices with SKY ECC encryption.

"Belgian police launched an operation of unprecedented scale against organized crime on Tuesday, according to the country's federal prosecutor’s office."https://t.co/JgiSbYkbc6

we can probably assume that the seizure of more than 23 tonnes of cocaine destined for the Netherlands in Germany and Belgium last month was linked to the Sky ECC investigationhttps://t.co/dBebF78yB6

“We managed to crack the crypto communication of crime groups who smuggled large quantities of cocaine and carried out liquidations,” Amsterdam detective chief Jonne Janssen said.

“I’m not talking about being able to read a small amount. I’m talking about hundreds of millions of messages that our now in our hands,” she said in a video statement.

The breakthrough comes after police last year hacked into the EncroChat network, which operated in a similar fashion.

“Many criminals decided to move over to SKY ECC after that,” Europol spokesman Jan Op Gen Oorth told AFP.

“But police cracked that too and it was like being able to look over the criminals’ shoulders as they were sending messages in real time,” he said.

“The latest breakthrough and arrests so far is just the tip of the iceberg. Many more are going to follow,” Oorth added.

“The cracking of the expensive messaging app, called “Sky ECC,” was what allowed over 1,500 police officers across Belgium to be simultaneously deployed in at least 200 raids, many of which were centered around Antwerp and involved special forces.” https://t.co/ODi5m2B1x2