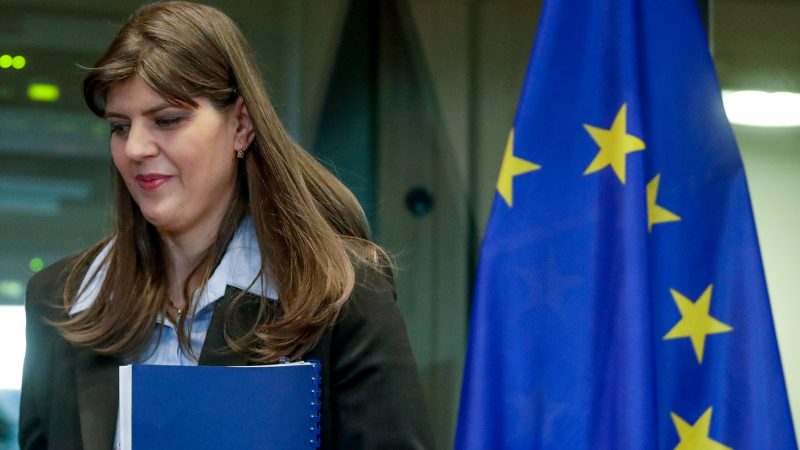 The EU’s prosecutor’s office, launched with fanfare three months ago, is already probing various suspected frauds against the bloc’s funds, amounting to €4.5 billion, it said on Tuesday (14 September).

That sum is a total from some 300 investigations that have been opened since the independent body started work on 1 June, with the mission of identifying and bringing to justice abuses of EU budget money.

Those probes resulted from more than 1,700 reports of suspected fraud received from around the bloc, “with some crime reports still under evaluation,” the Luxembourg-based European Public Prosecutor’s Office (EPPO) said in a statement.

Of the EU’s 27 member states, 22 participate in the EPPO, with almost all of them supplying prosecutors who work under its chief, Laura Kövesi of Romania.

Some of the probes involve alleged fraud of value-added tax, including one evaluated at 14 million euros that saw coordinated raids early last month in Germany, the Netherlands, Slovakia, Bulgaria and Hungary.

Others had to do with suspected non-payment of customs duties, including into an Italian company importing tungsten electrodes suspected of falsifying their origin.

The EPPO expects to issue its first charges before the end of this year, with trials to follow in national courts in 2022.