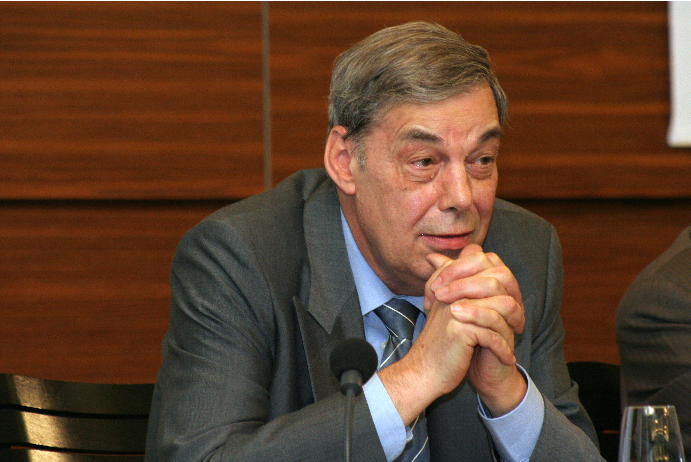 EU foreign policy chief Federica Mogherini asked Jean-Paul Jacqué to investigate last November, after allegations emerged in the media that the EU mission had covered up evidence of bribe-taking by senior staff in cases of murder and corruption.

Maria Bamieh, a British prosecutor with the EU team, said last November that she would sue the mission, accusing it of victimising her as a whistleblower after she voiced suspicion of corruption in its highest ranks.

A preliminary investigation by the mission, known as EULEX, found no evidence of corruption among EULEX staff. It has dismissed accusations of a cover-up.

While he was not asked to look into the substance of the allegations, Jacqué criticised mission chiefs, who initially decided not to open an internal investigation into the allegations and later asked a special group to undertake an inquiry.

“An investigation should have been opened at the outset. This would have prevented the issues that later arose in connection with the use of secret and special procedures, which fuelled suspicions of a cover-up that fortunately turned out to be unfounded,” Jacqué wrote in his report.

Effectiveness of the mission questioned

He also raised questions about the effectiveness of the EULEX mission, which has been extended until next year.

“The continued presence of EULEX is only feasible if comprehensive reforms are made to improve its effectiveness and thus its credibility. There is no point staying just to keep doing the same thing,” he said.

Mogherini said she had sent the report to the European Parliament and to EU governments. EU experts were looking at how to address Jacqué’s recommendations, she said in a statement.

Bamieh had worked for the mission since its deployment in Kosovo in 2008, one of dozens of foreign prosecutors and judges handling cases of war crimes, organised crime and corruption deemed too sensitive or complex for Kosovo’s own judiciary.

She was suspended last October on suspicion of leaking documents to the press to support her accusations.

Kosovo was put under United Nations control in 1999, after NATO bombed Serbia to halt the killings and expulsions of Albanian civilians during Belgrade’s counter-insurgency drive.

In 2008, when the country of 1.8 million people declared independence from Serbia, EULEX took control of court cases from the UN.

The EU Rule of Law Mission in Kosovo, EULEX, with a mandate to introduce the rule of law and an independent judiciary in Kosovo, to curb corruption and organized crime, includes 1,600 judges, prosecutors and police officers predominantly from European Union countries, but also from the US, and some other states.

The organization’s annual budget is 90 million euros, paid for by the EU member states, as well as by Canada, Norway, Switzerland, Turkey and the U.S.

The mission was established in 2008, became operative in 2009, and is under the jurisdiction of the EU High Representative for Foreign Affairs and Security Policy, and member states within the EU Council’s Policy and Security Committee. It operates under UN Security Council Resolution 1244.