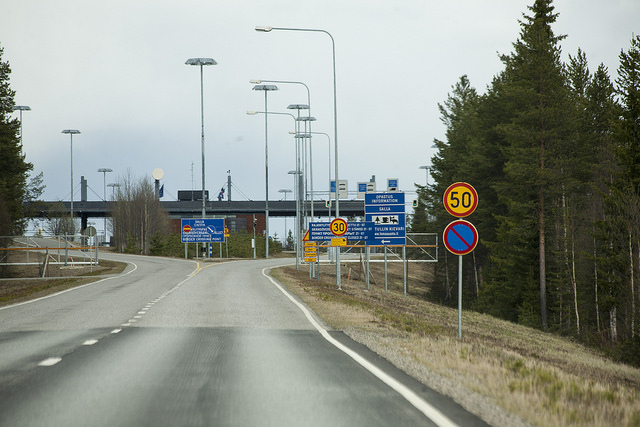 The Finnish-Russian border in the arctic, where many refugees and economic migrants entered Finland. [steveweaver/Flickr]

Finland expects to expel around 20,000 of the 32,000 asylum seekers it received in 2015, the country’s interior ministry said on Thursday.

“In principle we speak of about two-thirds, meaning approximately 65 percent of the 32,000 will get a negative decision (to their asylum application),” Paivi Nerg, the ministry’s administrative director told AFP.

Nerg said the number of people Finland expected to expel was an estimate and stressed that each application was being evaluated individually.

“In previous years around 60 percent (of applicants) received a negative decision but now we have somewhat tightened our criteria for Iraqis, Afghans and Somalis,” she explained.

In 2015 Finland made it more difficult for migrants from Iraq, Afghanistan and Somalia to get asylum, concluding the security situation had eased in certain areas of those countries.

The deportations were to take place gradually, as immigration authorities process applications.

Finland is currently in diplomatic negotiations with neighbouring Russia to stop migrants from entering Finland via the Arctic region.

After Norway barred migrants from entering the country on its own Arctic border crossing with Russia in December, the flow of migrants turned towards Finland.