Refugee children outside their tent in an olive yard next to the refugee camp of Moria, on Lesvos island, Greece, 21 January 2020. [Dimitris Tosidis/EPA/EFE]

Finland will help Greece, Cyprus and Malta by taking 175 refugees from camps and reception centres in these countries. With this move, Finland joins France and Portugal which made similar decisions previously.

Most of the refugees Finland will take on its soil are children and single-parent families originating from countries where the humanitarian situation is the most severe, like Afghanistan and  Syria.

The government’s decision can be seen as a gesture of solidarity especially towards Greece, which has repeatedly said that it cannot cope alone with the growing numbers of arriving migrants. The number of minors in the camps in Greece is estimated at around 5,000.

Finland also wants to answer the appeals of the UNHCR, the United Nations Refugee Agency.

In the Nordic country, the decision is interpreted as a ‘straw in the hat’ for the Greens since concrete actions in humanitarian affairs are of great importance to its supporters.

“I’m pleased that the government has reached a consensus on the issue. Thereby, we can help children in difficult situations. It is important that Finland as an EU border country is looking for solutions both acute and for a permanent common European asylum system,” said Interior Minister and chairperson of the Greens, Maria Ohisalo.

However, the financial cost of receiving these refugees will not be footed by Finland, but by the Asylum, Migration and Integration Fund (AMIF) set up for the 2014-2020 period with a budget of about €3.1 billion.

While Finland’s annual refugee quota proposed by the UNHCR lies at 850, the 175 refugees relocated from the camps and reception centres will not be part of it.

Meanwhile, in Greece, the government is determined to proceed with its decision for the construction of closed hosting facilities for refugees and migrants despite strong reactions from local communities. 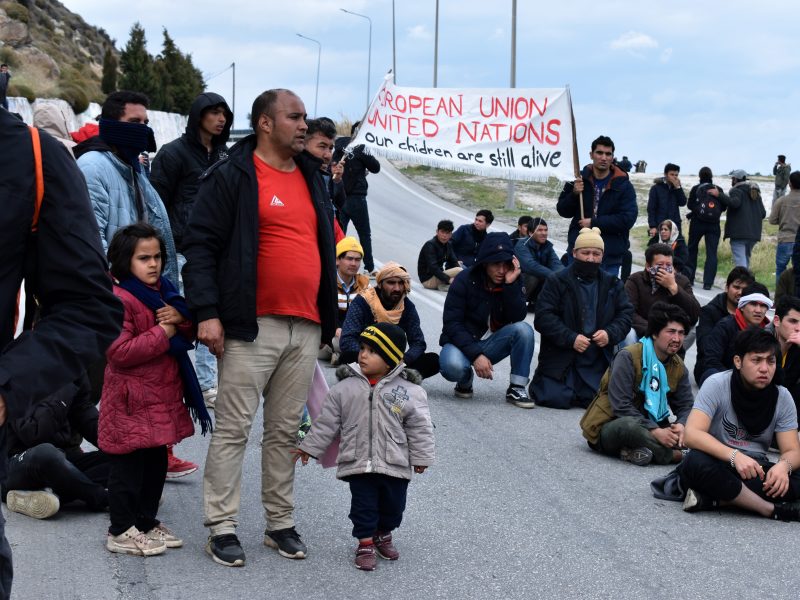 Residents in Mytilene, Chios and Samos islands set up “security groups” over the weekend to block construction works on the checkpoints announced by the government.

Islanders say they have never opposed accepting refugees, but the burden has to be shared proportionally with the mainland of the country.

UN High Commissioner for Refugees Filippo Grandi has expressed his opposition to the detention of asylum seekers in closed centres, arguing that seeking asylum “is not a crime”.

“Controlled structures are a prerequisite for improving living conditions and protecting those living in them. Our primary goal is to limit the flows that feed the current situation on the islands,” Greek Migration Minister Notis Mitarakis responded.