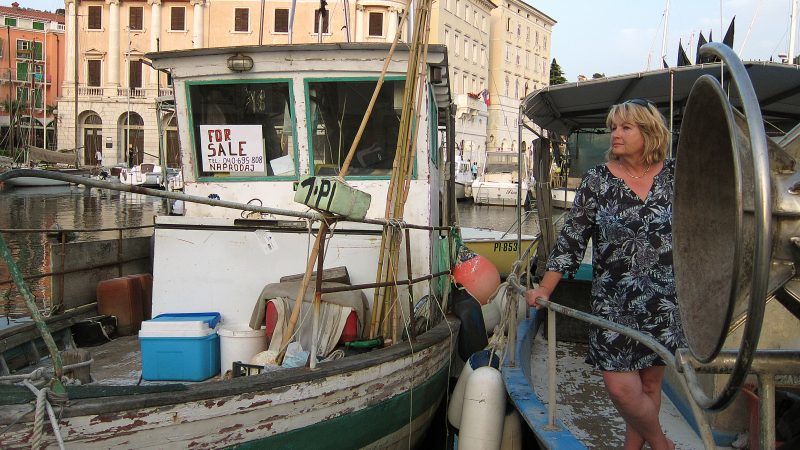 Police vessels from the neighbouring states escort Diego Makovac’s boat as he lets out his nets under a grey winter’s sky speckled with seagulls.

“I can no longer work peacefully… They are beside us non-stop. It’s stressful,” said the 48-year-old, one of dozens of Croatian fishermen from coastal settlements who work in the bay in the northern Adriatic Sea.

The dispute over Piran Bay – less than seven kilometres long and five kilometres wide – has poisoned ties between Croatia and Slovenia ever since they proclaimed independence from Yugoslavia nearly 27 years ago. 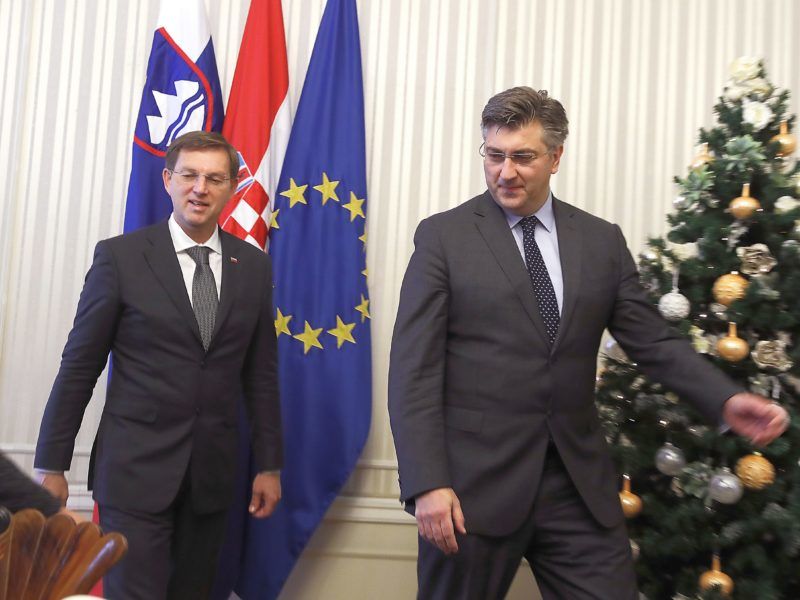 Slovenia and Croatia failed to resolve a border dispute that has poisoned their relations in last-minute talks between their two prime ministers on Tuesday (19 December) and Slovenia said it would now implement an international court ruling which Zagreb dismisses as invalid.

In June last year, an international arbitration court allocated more than two-thirds of the disputed body of water to Slovenia.

Croatia, whose coast stretches for 1,700 km, refused to accept the ruling. It wanted the maritime border to be drawn down the middle of the bay.

But Slovenia, which has just 46 km of coastline, had argued its access to international waters was at stake.

Relations between the two European Union members became further strained in December, when Slovenia began implementing the ruling from the Permanent Court of Arbitration in The Hague.

This has not stopped Makovac and his colleagues fishing in “their” half of the bay.

“This is our territorial sea. We’ve been working here forever,” said Daniele Kolec, head of a local fishing association.

“Nobody can tell us that we cannot fish here any more. No chance!”

Each time the fishermen sail out they inform the Croatian police, who accompany them for protection in patrol boats.

As Makovac sets off from his village of Savudrija and approaches the centre of the bay, a Slovenian police dinghy with flashing blue beacons rushes to warn him that he is entering “Slovenian territorial waters”.

Makovac said that he expected a Slovenian inspection boat to be there when he retrieved the net the next day, carrying officials who would take down his details for a fine.

Both countries have begun issuing penalties for alleged “border violations” of up to €1,300 for an individual and €41,000 for a company.

On top of that is the risk of a collision on the water – “especially when it’s foggy”, Makovac’s wife, Franka, told AFP as she helped him cast out a net.

Slovenian fishermen with nets say they have so far remained cautious, sticking to one half of the bay to avoid problems and “work in peace”.

“We allowed a third party to draw the border and what was done was done,” said fisherman Zlatko Novogradec from the picturesque Slovenian port city of Piran, to the north of the bay.

Novogradec, a representative of small-scale Slovenian fishers, said that his colleagues would wait until Croatia accepted the ruling before extending their nets further.

“It will happen sooner or later, but it must happen eventually as a legal ruling has to be respected.”

Croatia pulled out of the arbitration proceedings in 2014 following a phone-tapping scandal, in which a Slovenian judge from the tribunal and a Ljubljana official were recorded discussing tactics for a ruling favourable to Slovenia.

Both Croatian fishermen and the government in Zagreb say they have no intention of paying the fines now being imposed.

The Makovac family and their colleagues say their work in the bay – whose fish patterns they know well – is crucial to their earnings. Most of their catch is sole, which is exported to Italy.

“This is our bread, our life,” said Franka, who would like to see a deal struck with the Slovenians so that they can fish together.

“It’s all politics,” she said.

Her view is echoed by many other Croatian and Slovenian citizens, who have long lived and worked side by side around the border area.

Slovenians say that the issue has been whipped up domestically because of upcoming parliamentary elections.

Until now local people “were never in dispute”, said Peter Nussdorfer, 56, a bus driver from Piran.

While the deadlock continues, fishermen and women carry on doing their job under daily escort, with the number of police boats set to rise as the high fishing season approaches.

“Both countries have much more serious issues on which the money could be spent,” said Franka.