On the eve of a decisive EU Council summit – where the 28 EU leaders will try to find a political solution to the migration issue and reform the Dublin asylum regulation – Avaaz provided EURACTIV with the results of the poll, conducted in France, Germany, Italy and Spain.

The results are said to be a “massive citizen manifesto” in favour of a solidarity policy, according to Avaaz, a global platform that promotes activism on human rights, among other things. It thus goes against the anti-EU and anti-migrant rhetoric that has recently spread in Europe, especially with the advent of Italy’s new populist government.

Ricken Patel, the founding president and CEO of Avaaz, told EURACTIV: “Extremists are the loudest and get the most media coverage, so they can skew our perceptions of what our fellow citizens think. But the vast majority of Europeans still overwhelmingly reject the views and values of the far right.”

The poll indeed highlights the fact that the four EU countries want a joint European asylum policy – ranging from 91% of Italians to 77% of the French. 86% of Germans and 87% agree.

As for a fair allocation of refugees among EU countries, 84% of Germans, 85% of Spaniards and as many as 90% of Italians agree. France is lagging behind with 66%.

Asked if the EU should increase support for African and Middle Eastern countries to help reduce the number of refugees, 74% of Germans answered positively and the results were even higher in frontline countries like Italy and Spain, respectively at 81% and 83%. Once again, France had the lowest score with a slim majority of 55%.

The figures show a will to resolve a crisis that has been around since 2015, with disastrous humanitarian consequences. In 2017, at least 3,119 migrants drowned trying to cross the Mediterranean Sea, according to the International Organisation for Migration (IOM).

Not surprisingly, frontline countries such as Spain and Italy are both highly in favour of a common solidarity policy on the allocation of refugees – or involving third countries in Africa or the Middle East.

Spain and Italy are under more pressure since makeshift or humanitarian boats disembark mostly on their coasts.

The refusal of Italy and Malta to accept the Aquarius ship carrying migrants in June, and the European dispute that followed – France accusing Italy of “cynicism”, Italy snapping back at the French government – revealed a deeply strained Dublin system in need of a reform.

German, not a frontline country but the most desirable destination for migrants and refugees, is one of the few countries in Europe that ‘took its share’ of refugees. According to the UN Refugee Agency, it ranks 6th among the major host countries in the world by accepting almost one million refugees at the end of 2017, a 45% increase compared to 2016.

On the contrary, France is the most apprehensive of the four countries when it comes to a joint asylum policy, even though it has not been a frontline country. In April, France toughened its legislation on immigration by passing a law that shortens from 120 to 90 days the time to apply for asylum, which increases administrative pressure on refugees. 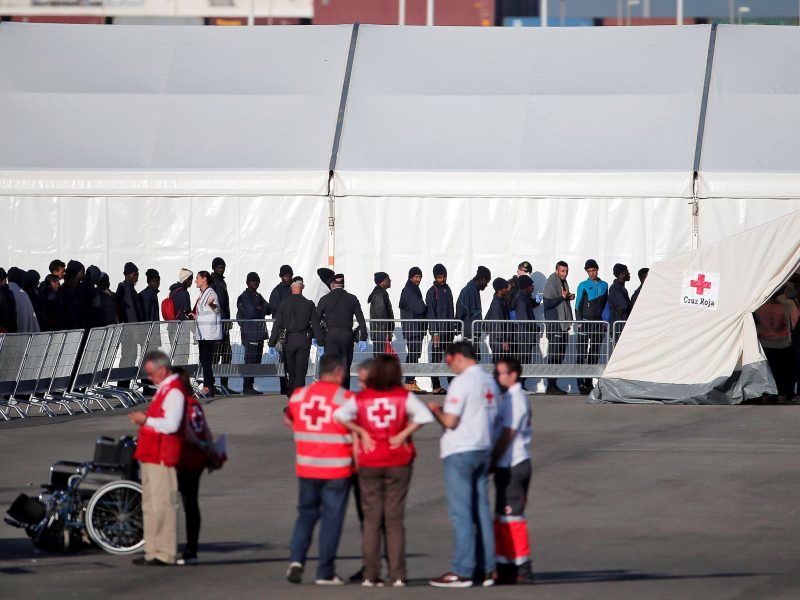 Almost half of the 630 migrants that were rescued from the Mediterranean and arrived in Spain’s port of Valencia at the weekend want to seek asylum in France, the Spanish government said yesterday (18 June).

“The populists aren’t popular. What’s popular is Europe, good values and a sensible, humane approach to this problem. Politicians should ignore the troll movements and lead with confidence in a way that represents the vast majority of people.”