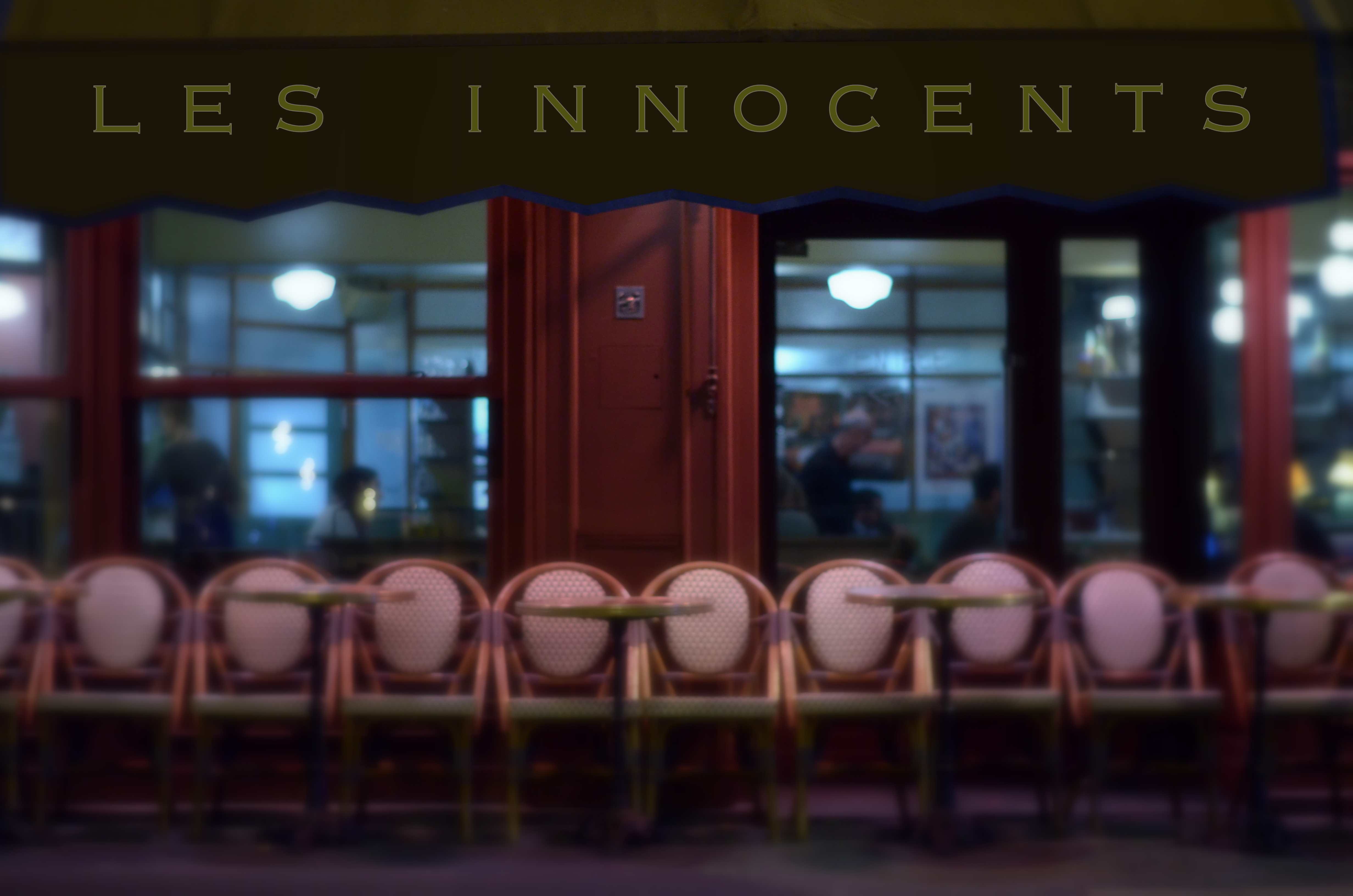 President François Hollande said he will invoke the European Union’s ‘mutual defence clause’ for the first time to combat the perpetrators of the Paris attacks, betting on EU support over NATO in the country’s fight against the Islamic State.

Speaking on Monday (16 November) during a joint session of both houses of parliament in Versailles, Hollande said that “France is at war” and that the jihadist group is “not only an enemy of France but an enemy of Europe”.

Following the killing of 129 people on Friday (13 November), Hollande said that France is committed to “destroying” Islamic State.

In a surprise move, he told lawmakers that France will invoke article 42.7 of the EU Treaty during a meeting of EU defence ministers on Tuesday (17 November). The article “provides that when a state is attacked, all member states must bring their solidarity to address the aggression”, Hollande reminded.

Federica Mogherini, the EU’s High Representative for Foreign Affairs and Security Policy, told reporters in Brussels shortly after Hollande’s speech that the activation of this clause “is possible, but it is not decided yet”.

“We will take a careful look at this to come up with a follow-up to that,” Mogherini said, adding that discussions with French authorities on how to proceed will take place ahead of the Defence Council.

The French did not signal their intention to invoke the clause during a Foreign Affairs ministers meeting on Monday (16 November), Mogherini said, although she was previously informed by the French representative of their intention.

The French president was careful to call for article 42.7 instead of the article 222 of the EU Treaty (the so-called ‘solidarity clause’). While the latter paves the way for a greater involvement of the EU institutions, the former is rather an intergovernmental solution that allows Paris to play a greater role.

Furthermore, due to the strict wording of article 222, an EU official considered “unlikely” that France would call for the activation of this legal provision.

Although the ‘solidarity clause’ was included in the EU treaty precisely in relation to terrorism, it requires that the affected member state has exploited all the “means and tools” at national and EU level, and “considers that the situation overwhelms its response capacity”.

It is remarkable that France turned to the EU treaties insted of the North Atlantic pact and its Article 5. The priority given to the EU’s backing instead of NATO echoes France’s longstanding support for an autonomous European defence policy without interference from Washington. It could also become a crucial test of how the EU and NATO coordinate in case of a threat on European soil.

>>Read: Paris attacks give EU leaders excuse to get tough on refugees

Article 42.7 stipulates that, once it is triggered, the commitments and cooperation in this field “shall be consistent with commitments under the NATO, which, for those States which are members of it, remains the foundation of their collective defence and the forum for its implementation”.

No article 5 in sight

Jens Stoltenberg, the Secretary General of NATO, will attend the Defence Council on Tuesday. Although Hollande hinted at the possibility of requesting NATO’s backing during his speech, experts and military sources consulted by EURACTIV were sceptical about the activation of Article 5. This provision was only used in the wake of the 11 September attacks.

France “would have requested that already”, a senior military source said on condition of anonymity. He underlined that “practically” most of the allies are involved in one way or another in fighting IS in Syria and Iraq. He also noted that the differences in the magnitude of the death toll between the Paris and US attacks. “3,000 deaths are not the same as 130,” he commented.

Another military source added that, despite the brutality of the events on Friday evening, the atmosphere is “quite different” compared to 2001. In his view, France could rely on additional bilateral support from NATO allies to scale up its campaign against the jihadist organisation.

Sven Biscop, Director of the ‘Europe in the World’ programme at the Egmont Institute said that both NATO’s article 5 and the EU’s article 222 would have “mostly a symbolic value” as military operations against the islamic State were already ongoing. Mostly, it could serve to legitimise France’s bombing operations in Syria by giving it a legal basis.

But the move is unlikely to increase Europe’s overall military presence. “I would not escalate our military role, certainly not through NATO. Instead I would accelerate talks with Russia, Iran, Iraq, Turkey, Saudi Arabia, to create a ceasefire on all other fronts and to focus all operations on ISIS, with ground troops from the region only, and air support from outside actors,” Biscop said.

The strongest call to activate Article 5 has come so far from the other side of the Atlantic. Republican Senator and presidential candidate Marco Rubio said in an interview over the weekend that the Paris attacks were “clearly an act of war and an attack on one of our NATO allies, and we should invoke Article 5 of the NATO agreement, and bring everyone together to put together a coalition to confront this challenge”.

Meanwhile, a greater involvement by either the EU or NATO in the fight against ISIS could alienate the Eastern European states, who are more concerned about Russia’s military build up on the EU’s Eastern border.

Moreover, it will require a more cooperative approach with Russian President Vladimir Putin, as Hollande already declared in his address in Versailles. The French President stressed that he will meet with Putin and the US President in the coming days in order to work in the framework of a “large single coalition” against ISIS.

Overall, this could be a bitter pill to swallow for the EU’s Eastern partners, as Putin represents their top concern.

Hollande said France would relentlessly seek a political solution in Syria, suggesting a change in attitude towards the regime of Bashar al-Assad, which is supported by Moscow. “Bashar al-Assad cannot constitute the outcome, but our enemy in Syria is Daesh,” Hollande said, using the Arab acronym for the Islamic State.

Because of the Paris terrorist attacks, the French president skipped the G20 meeting in Antalya held over the week-end and attended by Putin and Obama.

The French president didn’t mention the risks for Schengen, the EU’s borderless space, but made it clear that the return to internal borders under the pressure of the migrant crisis would be “the de-construction of the European Union”.

However, under the circumstances, he said that 1,000 additional posts for border guards would be created in the country’s administration, and said that France would inisist that its earlier demands of setting up systematic controls at the EU’s internal borders be accepted at EU level.

Hollande also said that France would spend as much as necessary to beef up its defence and security. As Paris feels the pressure of the EU budgetary straitjacket, he made it clear that he would expect more understanding from the European Commission.

“In those circumstances, I believe that the security pact would prevail over the stability pact,” he said, with reference to the EU’s strict budget rules.

The North Atlantic Council, representing all NATO Allies, said in a statement on Monday (16 November) that “we are all more than ever determined to counter and defeat the threat of terrorism and extremism.” A number of Allies are already working with France on their ongoing operations and investigations in the aftermath of the attacks.

NATO Secretary General, Jens Stoltenberg, said in his speech at the annual European Defence Agency (EDA) conference later that day that "the fight against terror is yet another example of how NATO and the European Union are natural partners. We share the same neighbourhood. We share the same complex security challenges. We share 22 member states. And more than 9 out of every 10 EU citizens live in a NATO country." He added that "the response of the international community must be as multi-faceted as the challenges themselves. To deal with the symptoms, but also to address the root causes, we need a comprehensive approach." "And a strong military is a key component of such a comprehensive approach.", he said.

Article 42.7, the 'mutual defence clause' invoked by France estipulates that "if a Member State is the victim of armed aggression on its territory, the other Member States shall have towards it an obligation of aid and assistance by all the means in their power, in accordance with Article 51 of the United Nations Charter. This shall not prejudice the specific character of the security and defence policy of certain Member States."

Meanwhile, the article 222 is similar in the wording, as it says that "the Union and its Member States shall act jointly in a spirit of solidarity if a Member State is the object of a terrorist attack or the victim of a natural or man-made disaster. The Union shall mobilise all the instruments at its disposal, including the military resources made available by the Member States."

However, in the implementing decision clarifies that the EU institutions play the leading role, in contrast with the intergovernmental nature of article 42.7, as the Commission and the High Representative will identify the tools, produce the situation assessment reports, and the Commission's Emergency Response Centre, or any other body designated by the EU executive, will take the lead in coordinating the operational response and in producing joint situation assessment reports.

Meanwhile, while it is up to France to request EU’s assistance, the NATO’s full involvement could be triggered by any other representative of the Alliance.

Thus, only 24 hours after New York and Washington were attacked in September 2011, the allies supported NATO Secretary General’s call to invoke Article 5. And it was Canadian ambassador to NATO, David Wright, who first proposed to use it. "Hell, this is an Alliance, we've got Article 5." he told the US ambassador, Nicholas Burns before a meeting with the Secretary General, Lord Robertson, to start preparing the response, according to Edgar Buckley, who was Assistant Secretary General in that period.

Despite France´s reluctance to request NATO´s involvement, the US and other non-European nations, such as Canada and Turkey, are already taking part in the US-led air campaign ‘Operation Inherent Resolve’ to bomb the territories under IS control in Iraq and Syria. The coalition also includes European states such as Belgium, Denmark, France, the Netherlands, and Great Britain.