"The French system is very different because in Germany, parliament sets a distribution key, which is clear and transparent. This means that when someone arrives at a German registration centre, they are immediately directed to a Lander with an accommodation place", said Gérard Sadik, who is in charge of asylum issues at Cimade. EPA-EFE/JULIEN DE ROSA [EPA-EFE/JULIEN DE ROSA]

The tragic fire that ravaged the Mória refugee camp in Greece on 9 September has again highlighted the weaknesses of the EU’s asylum and immigration policies and a lack of European solidarity. EURACTIV France reports on France’s experience of the migration regime.

On Wednesday (23 September), the European Commission is due to present its new migration pact.

A week earlier, European Commission President Ursula von der Leyen told the European Parliament in her State of the Union address that “the countries that fulfil their legal or moral duties or the countries most at risk, must be able to rely on the solidarity of the whole of our European Union” and added  that “we will adopt a humane approach.”

This call for greater solidarity has been echoed in France.

“As always for the past three years, France is at the forefront of European solidarity: together with Germany and its partners, it will welcome migrants in difficulty from Lesbos, particularly minors,” France’s European Affairs Minister Clément Beaune declared on the day of the fire.

But the situation of refugees in France is far from exemplary.

“Over the past five years, I have seen in Paris what some people call the migrant crisis and what we call the reception crisis,” Louis Barda, general coordinator of Médecins du Monde in Paris, told EURACTIV France.

“There is a continuous, infernal cycle of ‘encampment – dismantling – dispersal’. The people who arrive do not receive the care and protection they ought to be getting. They end up on the street with all the health problems and violence that come with it,” he said.

France has also been condemned several times by the European Court of Human Rights (ECHR) for its asylum policy.

In July, “the Court found that the French authorities had failed to fulfil their obligations under domestic law” against the asylum seekers who had brought a case to the Strasbourg Court.

The ECHR held the state responsible for “the conditions in which the applicants found themselves for months on end, living on the street, without resources, without access to sanitary facilities, without any means of meeting their basic needs and in constant fear of being attacked and robbed”.

According to Barda and many other organisations, both the implementation of France’s reception policy and the EU’s Dublin Asylum Regulation are failing. “On the ground, we meet people who have applied for asylum in five or six countries,” he added. 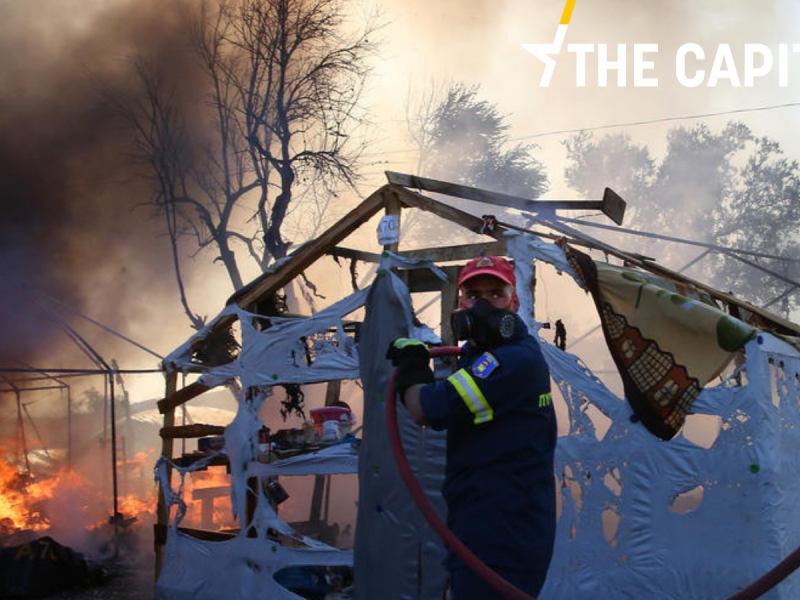 In today’s edition of the Capitals, find out more about Germany and France accepting more underage refugees from the Moria camp, half of Slovakia’s society agreeing that Western society is a threat to their values, and so much more.

Smaller civil society groups have been attempting to make up for the shortcomings of the French state.

Among them, the association La Gamelle de Jaurès, which deploys around 100 volunteers, has been distributing hot meals in the north of Paris since the end of 2016, and has been organising and offering emergency accommodation to refugees.

During the winter of 2019, the association financed 1,400 hotel nights, almost half of which sheltered unaccompanied minors because the French administration had not validated their age, meaning they were not entitled to accommodation.

“As proof, 50% of unaccompanied minors who appeal after their negative evaluation are finally recognised as minors after they have been brought before a juvenile judge. The problem is that, in the meantime, they sometimes spend a year or more without being entitled to anything, not even assistance when dialling 115 [ed. the social emergency number in France] as this is reserved for adults. And their foreign papers show that they are minors,” he added. 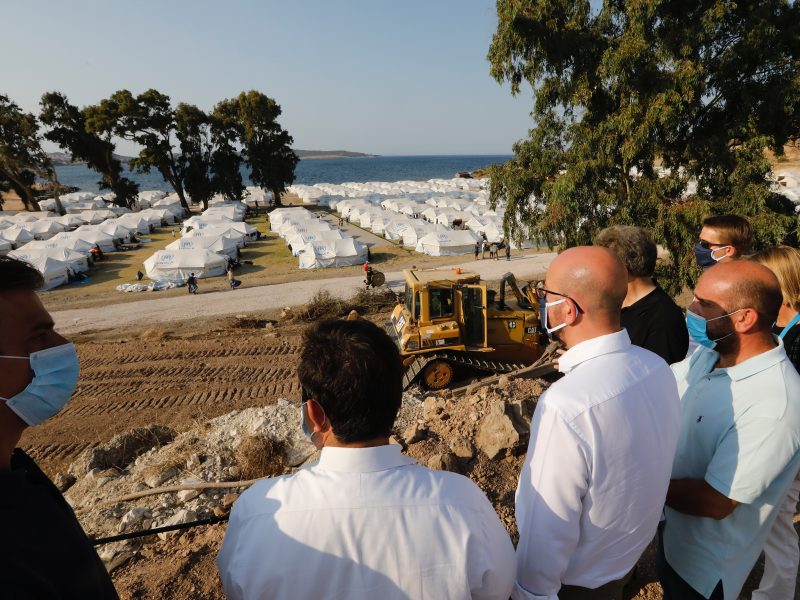 In Germany, however, the story is quite different. In 2015, the country opened its doors to around 890,000 refugees from Syria and Iraq and public opinion was favourable.

“The global financial and economic crisis of 2008 hardly affected Germany. The labour market has developed very well and immigration seems to have had positive effects because it helps eliminate labour shortages,” said Jochen Oltmer, a historian and migration researcher at the University of Osnabrück’s Institute for Migration and Intercultural Studies (IMIS).

By the end of 2019, there were approximately 1.8 million protection-seeking people living in Germany, of whom 9.2% were children born there.

While the number of young refugees attending or having attended a German school is not recorded by the Länder [German states], a survey by Germany’s federal office for migration and refugees found that of the migrants who entered the country between 2013 and 2016, around 90% of school-age children and adolescents attended school.

In addition, more than half of the refugees who arrived in Germany after 2013 are now in work. 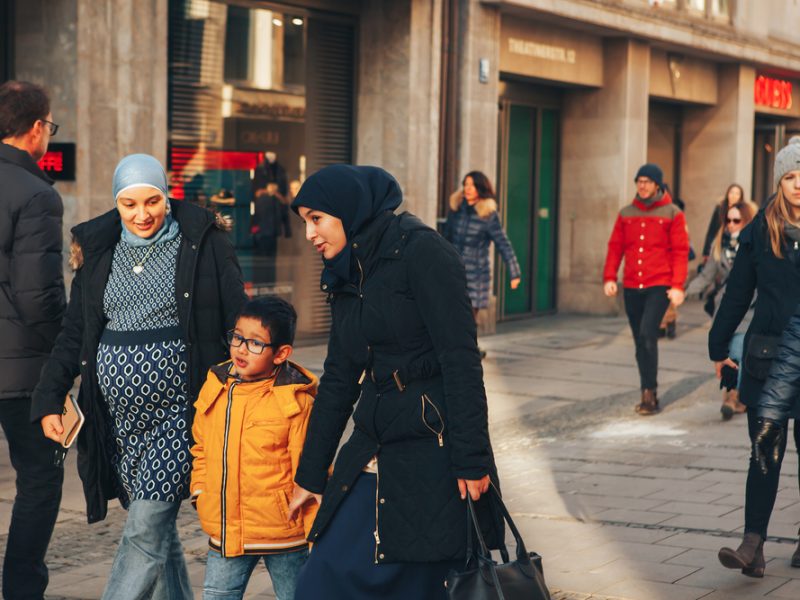 It is difficult to compare these numbers with data available in France, particularly because individuals who have been granted refugee status are counted in the statistics under the overall category of immigrants.

In 2010, however, a survey conducted by the interior ministry found that 39% of refugees were employed. And in 2019, the government’s HOPE scheme, which aims to provide accommodation and pathways to employment, helped 1,500 refugees integrate through work.

Since last year, the integration programme for new arrivals has also included doubling the number of hours of French and civic education and providing support for professional integration.

According to Gérard Sadik, who is in charge of asylum issues at Cimade, the reception situation in France has changed, at least in part.

“In May 2020, the country had never had so many pending asylum applications: 165,000 people, including minors, according to figures from the interior ministry. The reception system has never been so important. There are now 100,000 accommodation places. Ten years ago, it was more like 40,000,” said Sadik.

“However, statistically, only around 45% are accommodated by the state. Whereas when you apply for asylum in Germany, you are immediately accommodated. In France, we start with the administrative procedure. You first have to be registered in a prefecture to be able to benefit from reception conditions,” he added.

He explained that “in Germany, parliament sets a distribution key, which is clear and transparent. This means that when someone arrives at a German registration centre, they are immediately directed to a Lander with an accommodation place”.

In France, the system is very centralised, he continued. “These are statistics that are rather difficult to get, but overall, Île-de-France receives around 42% of the country’s asylum seekers.  But out of the 100,000 places currently spread across the territory, only 20 % of them are in Île-de-France. The system is therefore undersized,” he added.

France’s interior ministry is scheduled to start remodelling its National Reception Scheme soon, meaning it could get inspired by Germany’s distribution key. 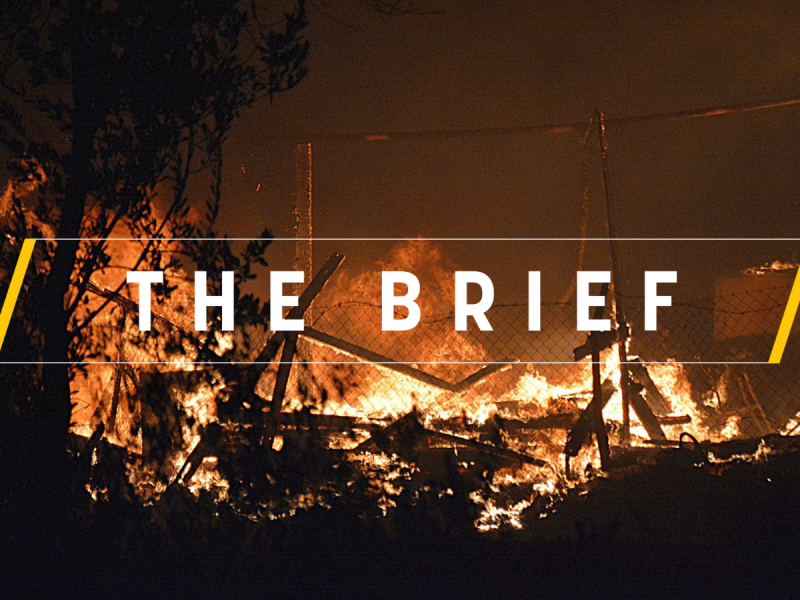 Moria is burning, and with it, the European values we pretend to uphold. This is how Green MEP Philippe Lamberts described the tragic events at Greece’s overcrowded migrant camp of Moria after a fire broke out …