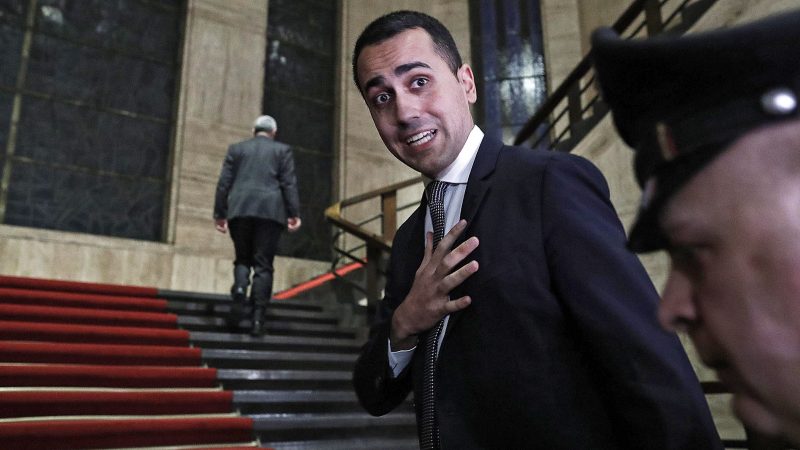 Luigi Di Maio, Italian Deputy Premier and Minister of Labor and Economic Development, speaks with journalists at the end of the meeting at his ministry with the regional councilors at work, Rome, Italy, 21 January 2019. [Riccardo Antimiani/EPA/EFE]

The ambassador was summoned Monday after the “unacceptable and groundless” comments by Di Maio on Sunday (20 January), a source in the cabinet of France’s Europe Minister Natalie Loiseau told AFP on condition of anonymity.

Di Maio made a series of incendiary remarks while visiting the Abruzzo region in central Italy, the latest sign of serious tensions between the populist government in Rome and France’s centrist leader Emmanuel Macron.

“The EU should sanction France and all countries like France that impoverish Africa and make these people leave, because Africans should be in Africa, not at the bottom of the Mediterranean,” Di Maio said.

In an extraordinary speech, commenting on recent deaths of #migrants in the Mediterranean, Italian Deputy PM #DiMaio (#M5S) blames mass migration from Africa on French neo-colonialism. He also said "Africans belong in Africa. Not at the bottom of the sea." pic.twitter.com/ByeqA1BoNT

“If people are leaving today it’s because European countries, France above all, have never stopped colonising dozens of African countries,” added the leader of the Five Star Movement (M5S), which governs alongside the far-right League party.

Responding to the summoning of his Paris ambassador, Di Maio dismissed the idea of a “diplomatic incident” between the two countries.

“France is one of these countries which, because it prints the currency of 14 African countries, hampers development and contributes to the departure of refugees,” he said, citing a refrain commonly heard among some leftist and anti-imperialist activists.

“If Europe wants to be brave, it must have the courage to confront the issue of decolonisation in Africa.”

The International Organization for Migration said this weekend that more than 100 people were feared missing after a boat carrying migrants capsized off the coast of Libya.

The Italian navy flew three survivors to the Mediterranean island of Lampedusa.

Italy has closed its ports to rescue boats operated by charities in the Mediterranean under a new hardline approach to immigration.

After making comments criticising the Italian government and its approach to immigration last year, Macron and the French government have since largely avoided entering into a war of words with Rome. 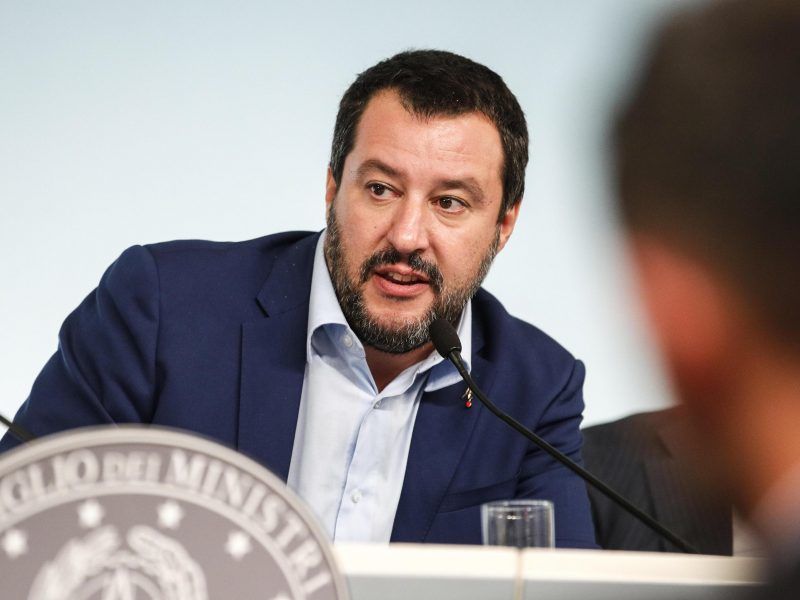