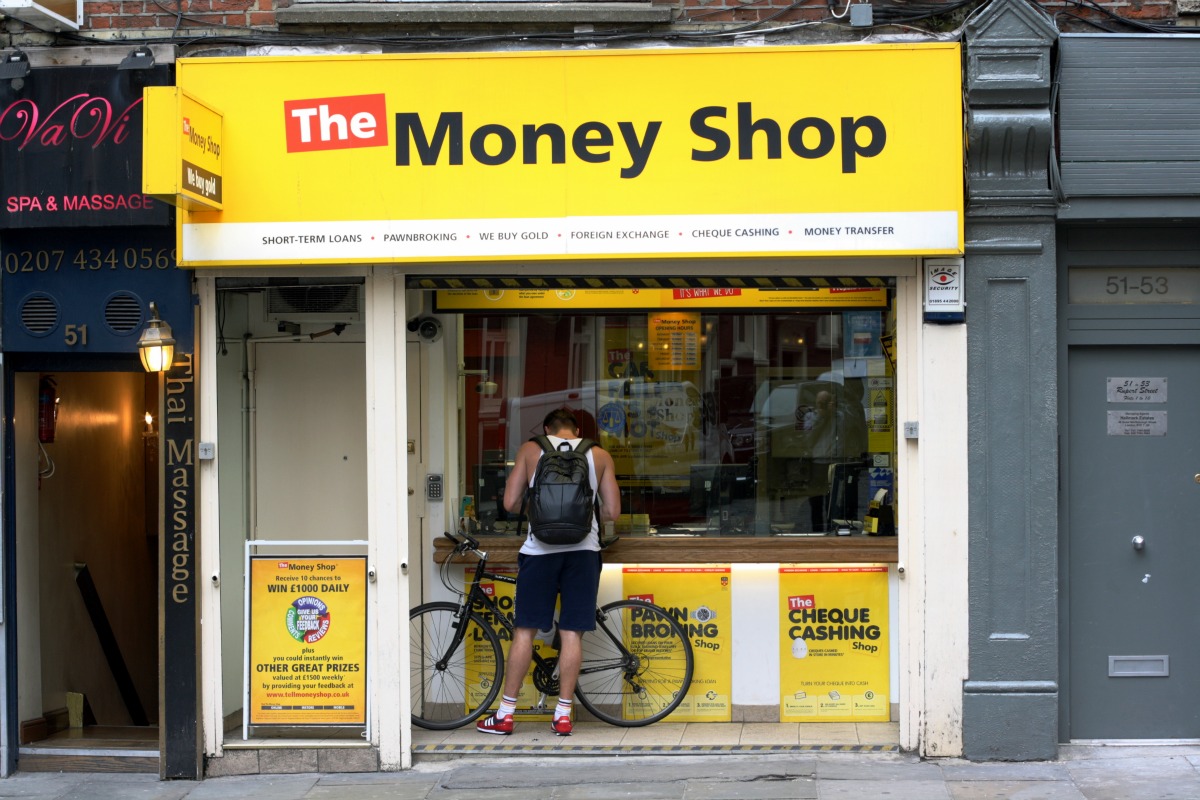 The Money Shop provides payday loans, pawn brokering and other financial services in the UK. Analysts argue that terrorist organisations often use such outlets to covertly transfer funds. [Shutterstock]

France’s finance minister is pushing for global standards to prevent small, anonymous money transfers believed to be used to finance attacks such as Islamic State’s assault on Paris in November.

The 15-member council unanimously adopted a US and Russian-drafted resolution that ties together existing measures targeting Islamic State’s finances and offers guidance on implementation in a bid to push more countries to act.

Before the meeting, French Minister of Finance Michel Sapin said it was crucial to deal with smaller, hidden transactions to prevent attacks, which he said could be financed with as little as €10,000 to €30,000.

“The characteristic of this terrorism is that it is low-cost terrorism but with considerable impact,” Sapin told reporters in New York before meeting US Treasury Secretary Jack Lew.

“If we want to avoid these acts we have to have a larger capacity to spot these small movements that can take place in dangerous circles or among individuals that could be dangerous.”

Sapin pointed specifically to the use of pre-paid bank cards which can be charged by individuals for hundreds of euros and transferred across frontiers to another card. Neither cardholder needs to identify themselves.

“The idea is not to ban the technology because it’s badly used, but to see how the anonymity can be stopped,” he said. “This all depends on the quality of information exchange between countries.”

Sapin also said he wanted to target means of payment such as digital currency bitcoin, or mobile phone apps that facilitate cash transfers.

“Carrying bundles of cash in bags is no longer used. Terrorists have a capacity to use all the new technologies to transfer money around so we need together have identical rules in countries,” he said.

France and Germany already want an EU money laundering directive to be implemented into national legislation in member states before the existing deadline of mid-2017.

“Regulations have been put in place in France, there is a directive in Europe on this and I want to discuss this with the US authorities to see how we could have the same regulations across all countries,” Sapin said.

French finance ministry officials have been critical of US authorities not answering French requests for access to financial information concerning suspects tied to last month’s attacks in Paris.