The week showed for the first time cracks within Emmanuel Macron’s governing La République En Marche party (LREM). In the end, the bill was adopted with 228 votes in favour and 139 against on 22 April.

Debate on the draft law had started on 16 April in the French National Assembly. The draft supported by the Interior Minister Gérard Collomb aimed to amend France’s asylum and immigration policy in the wake of the refugee crisis in Europe.

Although discussions revealed major disagreements within the governing party, only one LREM deputy, Jean-Michel Clément, voted against and subsequently left the party.

The draft law aims to reform the asylum procedure in France by shortening the process of asylum requests to 6 months compared to 11 months previously.  It also facilitates the deportation of migrants who are unable to claim asylum.

It also allows authorities to double the amount of time they can detain individuals who have been denied asylum, therefore, the maximum length of stay in a detention centre would now be 90 days (compared to 45 days).

Although EU law allows member states to detain individuals awaiting deportation for up to 18 months, increasing the maximum detention period may have no impact on the number of deportations.

“The problem with deportations doesn’t lie with France but with migrants’ countries of origin, which have to accept the return of their nationals. Increasing the detention period will not change anything,” said a source.

The “Dublin Regulation”, the cause of much controversy in the management of migration flows, appears to have been completely left out of France’s draft law on immigration and asylum, put forward by the government on Wednesday 21 February. EURACTIV.fr reports.

In order for illegal migrants to be deported, their countries of origin have to acknowledge that they are nationals of their respective states, in the absence of a passport, the country needs to produce a consular travel document, without which deportation is impossible.

Extending the length of detention will therefore only have a marginal effect on the return rate since, in case of an agreement with the country of origin, deportations are quick According to data from migrant associations, illegal migrants are deported on average within twelve days of detention.

To reduce the number of cases processed by the French Office for the Protection of Refugees and Stateless Persons (OFPRA), the draft law also aims to reduce a certain number of steps within the procedure. Appeals to the French Asylum Court must be submitted within two weeks following rejection, compared to one month previously.

Reducing these time limits along with the end of the suspensive nature of appeals in some cases could put France in a difficult position with European law.

According to the text, an appeal will not always suspend deportation procedure if it is introduced by nationals from safe countries of origin, according to a list established by OFRPA. Another exception is appeals from those whose application for reconsideration has been rejected or asylum seekers who represent a serious threat to public order. 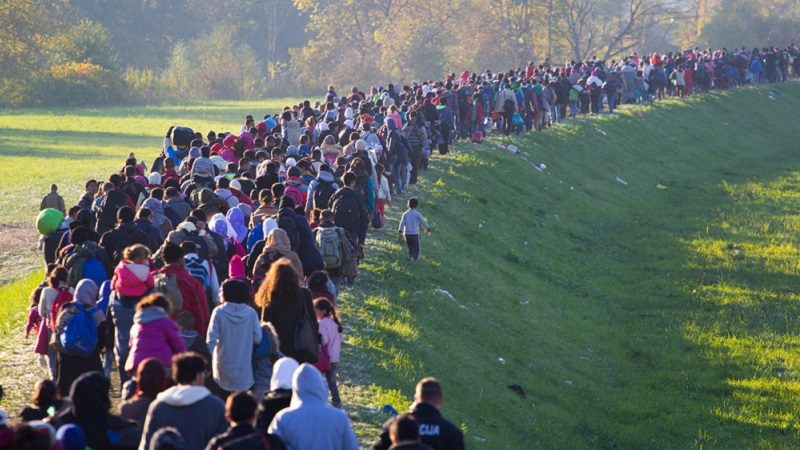 The European Court of Human Rights (ECHR) had already issued France a warning in 2012, as it considered that the lack of a suspensive clause for certain categories of asylum seekers violated their right to an effective appeal. Following this, France had introduced a suspensive appeal in its 2015 asylum right reform.

The French text also sparked criticism in the European Parliament during President Macron’s visit on 17 April. “Expeditious procedures, non-suspensive appeals, detention, these are the ingredients of your asylum and immigration bill. It’s about containing and repressing rather than greeting humans forced to flee their homelands,” said Green MEP Phillipe Lamberts.