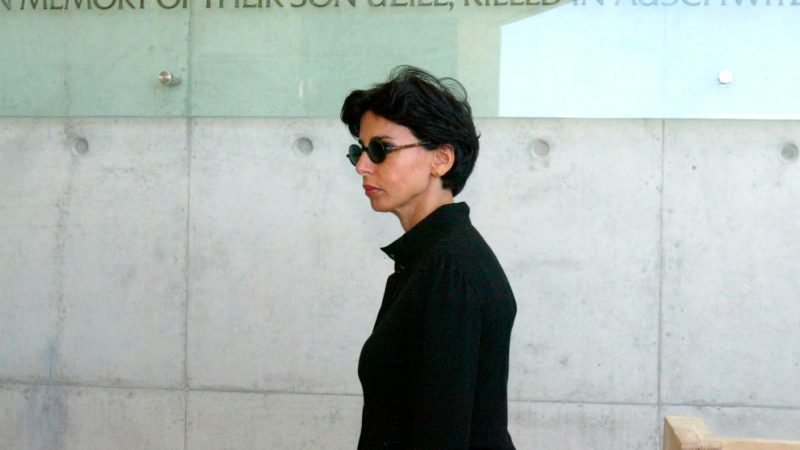 File photo. The then French Justice Minister Rashida Dati walks from signing the guest book after visiting the Children's Memorial in the Yad Vashem Holocaust Memorial complex in Jerusalem at the end of her visit on 21 September 2008. [EPA/EFE/OLIVIER FITOUSSI]

She is accused both of “passive corruption by a person holding an elective mandate” and of “benefiting from abuse of power” in relation to consulting work she did for Ghosn from 2010 to 2012, when she was also an MP in the European Parliament.

According to a source close to the investigation, Dati received €900,000 in lawyer’s fees during that period.

The investigation is seeking to ascertain if this was purely for legal work or whether she was actually engaged in lobbying, which would be illegal for European lawmakers.

According to Le Monde newspaper, Dati’s contract committed her to helping with Renault’s international expansion, especially in the Middle East and northern Africa. Dati asked for the work to be kept strictly confidential, Le Monde said.

Dati, who is now mayor of Paris’s 7th district for the right-wing The Republicans (LR) party and sometimes tipped as a future presidential candidate, served as justice minister in Sarkozy’s government between 2007 and 2009 and was also his election campaign spokesperson.

Since the summer of 2019 three judges had been investigating contracts agreed by the Dutch subsidiary of Renault Nissan when Ghosn was chief executive of the group.

Dati was questioned in the case for 16 hours in November but not formally charged, instead given the status of assisted witness.

Earlier this month, however, investigating magistrates interrogated her again, and brought the charges.

A combative Dati said she would fight back, adding: “The justice system is being used for an ulterior political motive”.

She said the carmaker was “neither the plaintiff nor a victim and no public funds were at stake”.

Dati’s defence team had, however, previously argued that none of her income had been kept secret and that a three-year statute of limitations should apply.

The magistrates of the financial crimes unit disagreed, and pursued their case that had been triggered by a legal complaint from a Renault shareholder.

Ghosn who for years had a sterling reputation as a top auto executive fell from grace in November 2018 when he was arrested in Japan on financial misconduct allegations and spent 130 days in detention before jumping bail and smuggling himself out of the country in late 2019.

Wanted by Interpol, Ghosn is now in Lebanon, where he was questioned by French magistrates as a witness.

Dati’s former boss Sarkozy has himself faced a flurry of investigations into his affairs since he lost his presidential immunity after his single term in office from 2007 to 2012.

Last month, prosecutors called for a six-month jail term for the former president in his trial over campaign finance violations in his 2012 re-election bid.

In March, he became France’s first post-war president to be given a custodial sentence when judges handed him a three-year term, two years of which were suspended, for corruption and influence peddling over attempts to secure favours from a judge.