"We must fight against abuses and frauds, and tighten the criteria where necessary," said French Prime Minister Edouard Philippe.

The first debates held in the French National Assembly led the government to suggest that the criteria for family reunification, which allow refugees to bring their families, should be “tightened”. EURACTIV France reports.

The French government launched a debate on French and European migration policy on Monday (7 October), in particular, to “respond to the concerns” of the French, according to Prime Minister Edouard Philippe. In his speech, he told the few MPs who were present “not to be afraid to think about the idea of quotas” for migrants.

The prime minister is not targeting the right to asylum but seems interested in the criteria for family reunification. This right allows those who already reside legally in France to be joined by their family members. In 2018, some 90,000 people immigrated this way.

“We must fight against abuses and frauds, and tighten the criteria where necessary,” the prime minister added, clearly giving pledges to the French right, while his ministers then followed with more measured statements.

“Migratory flows towards Europe are decreasing”, said Foreign Minister Jean-Yves Le Drian, who also highlighted the increase in asylum applications in France. In 2018, 120,000 applications had been filed, a number that saw a 29% increase in 2019.

At the European level, however, illegal arrivals have been drastically reduced, from approximately 2 million in 2015 to 602,000 in 2018, according to Eurostat.

“There is something peculiar about France. There is an increase in asylum applications, particularly by asylum seekers who have already applied elsewhere in Europe, and from countries considered safe. In relation to its population, France is far from being the leading country for asylum applications,” the minister recalled.

Since last January, France has seen a massive influx of asylum seekers from Georgia and Albania. Since both are considered safe countries, asylum applications from Georgian and Albanian nationals are rarely granted, but for a few exceptions.

“At the height of the crisis in 2015, Schengen was in danger, and so was Europe,” the foreign minister recalled, linking the migrant crisis to the EU crisis. 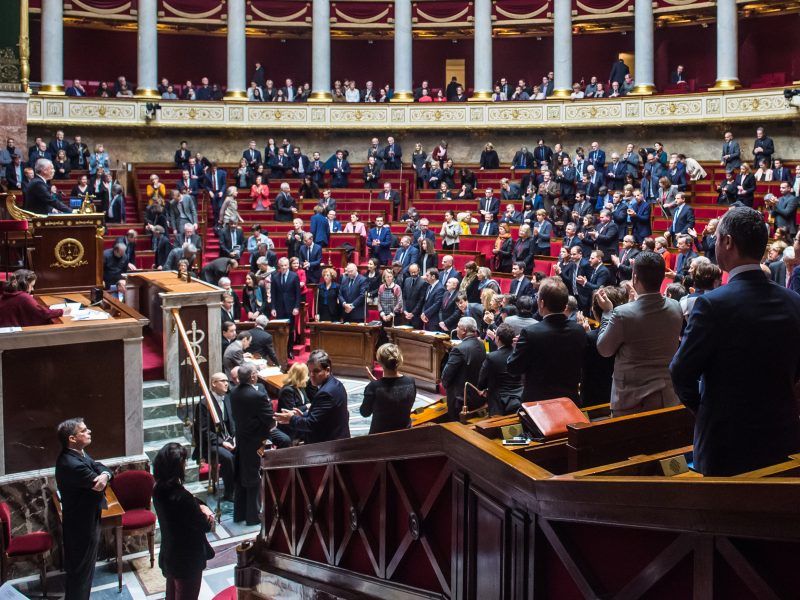 “We do not have effective tools and rules between the member states when it comes to asylum,” the minister added.

In France, 30% of asylum applications are made by persons who have initiated procedures elsewhere in Europe.

Health Minister Agnès Buzyn pointed out that asylum seekers do not represent a massive cost for the French social system. However, some in the ruling majority believe that state medical aid granted to asylum seekers is subject to abuse, particularly by those asylum seekers who enter the country for ‘medical tourism’.

In response to this hypothesis, the minister proposed “a waiting period during which urgent care would be covered. It already exists for French people who come back from abroad,” she said.

Jean-Christophe Lagarde of the Union of Democrats and Independents (UDI) called for a constitutional revision. He wants to prevent France from agreeing to examine double asylum applications, which is a French specificity.

He also insisted on making changes to the tourist visa system, which is the primary source of the arrival of asylum seekers.

For its part, the French right hastened to make radical statements.

“Immigration or invasion. We wonder which it is?,” said Guillaume Larrivé, who is part of Les Républicains’ far-right section, which rejects the “right of foreigners to immigrate to France.”

“For France to remain France, we must regain control”, the MP said.