French right calls for detention without trial for potential terrorists

French right wing politicians have demanded tougher anti-terror laws, including detention without trial – which the government argues is unconstitutional –  after the recent terrorist attacks in France. EURACTIV France reports.

The political debate gained fresh momentum after the attack on the church of Saint-Etienne-du-Rouvray on Tuesday (26 July). Two Islamic State-linked militants stormed the church on Tuesday morning and murdered an 84-year old priest before being shot dead by security services.

Right wing politicians, including former president Nicolas Sarkozy, have since called for the legalisation of ‘administrative detention’, or the arrest without charge or trial of terror suspects, in the name of national security. 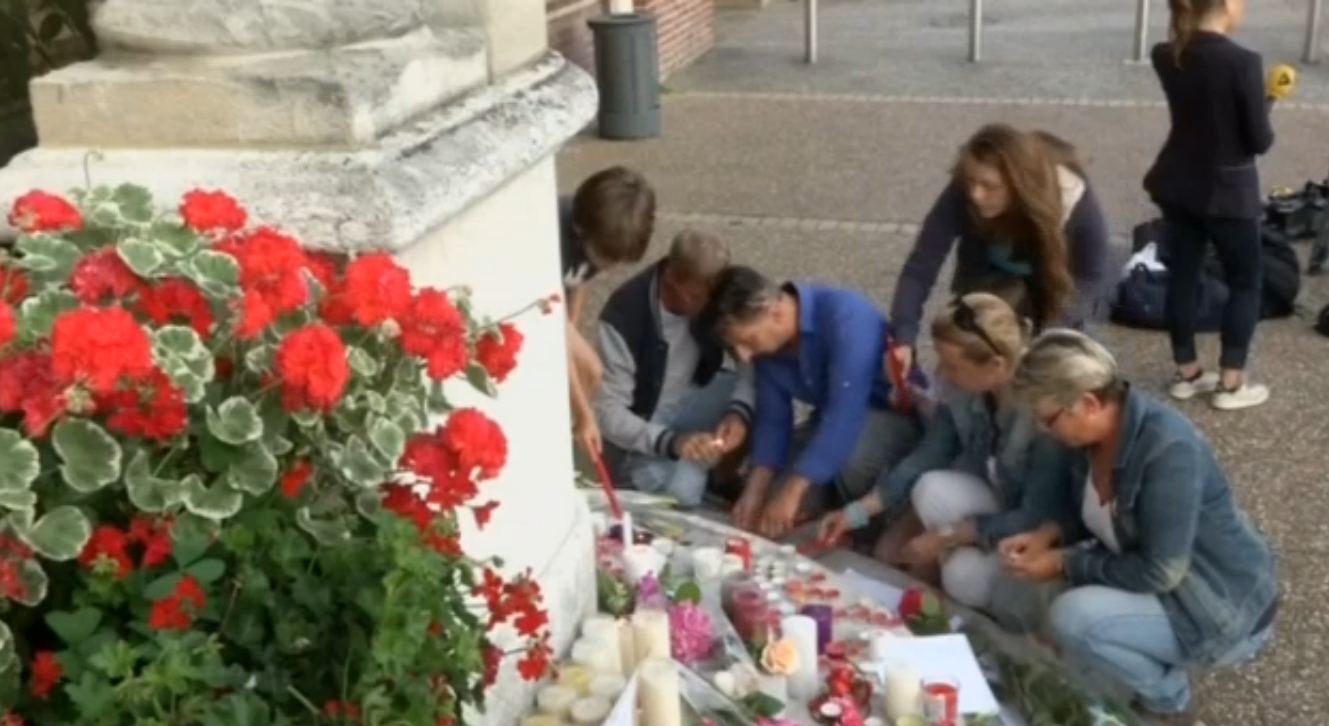 The French security services currently hold files – known as ‘S’ files – on about 10,000 people that pose a potential threat to the state, from football hooligans to radicalised Muslims.

One of the Saint-Etienne-du-Rouvray attackers, Adel Kermiche, was well-known to the security services. Taken into custody after two attempts to travel to Syria, the 19-year old had been released and was under surveillance.

“When a French citizen tries to leave to join a jihadist group – I speak to you now as a former minister for defence – to fight French troops, what do we call him? A traitor! When he returns he has to be put in a position where he can do no harm […] he has to be incarcerated,” said Hervé Lorin, the president of the regional council of Normandy.

“I call for the introduction of administrative detention for those we judge too dangerous,” he told Europe 1.

Sympathy and condemnation for the Bastille Day attack in Nice dominated the opening of an Asia Europe summit in Mongolia today (15 July), drawing attention away from Beijing’s rejection of a tribunal ruling dismissing its extensive South China Sea claims.

The establishment of administrative detention is also supported by the leader of the right wing Les Républicains (former UMP) party, Nicolas Sarkozy. He this week called for all people on the list of S files to be taken into custody.

“We must show no pity. Legal nit-picking, precautions and pretexts for incomplete action are not acceptable,” he said at press conference on Tuesday (26 July).

In an interview with Le Monde on Wednesday (27 July), Sarkozy said that France could not continue with its current legal framework.

Administrative detention would undermine the principle of being ‘innocent until proven guilty’, but for Sarkozy, this would be justified by the current circumstances. “Our system should protect potential victims rather than the probable perpetrators of future attacks,” he said.

But for President François Hollande, Sarkozy’s proposal is unconstitutional.

“Restricting our liberties, derogating from our constitutional rules will not make our fight against terrorism more efficient and would strike a severe blow to the cohesion that our nation needs,” he said after the church attack on Tuesday.

“Of course we need to examine everything that can be done within the framework of the law, but we will not invent new laws and new systems after each terrorist attack,” the Prime Minister Manuel Valls said on TF1.

“Anyone who says that a new law or system can stop another terrorist attack is wrong and they are lying to the French people.”

The question of preventative detention is judged illegal by the Council of State, France’s highest court. The Council said, “Outside the penal process, the detention of people that pose a radicalisation risk is excluded by the constitution.”