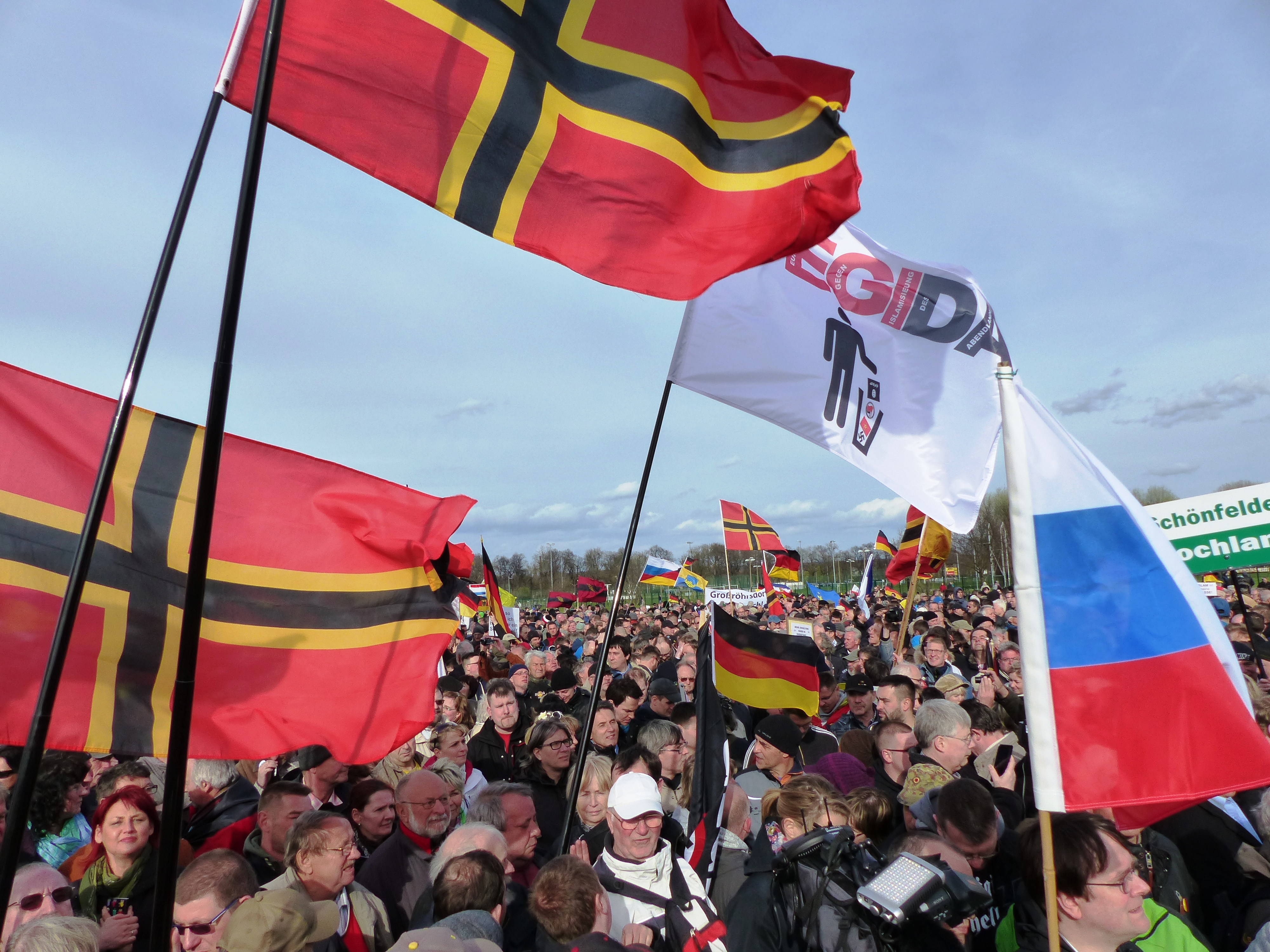 Anti-immigration sentiment, perpetuated by groups such as PEGIDA, has led to serious acts of violence. [Metropolico.org/Flickr]

A report compiled by the BKA, obtained by the Süddeutsche Zeitung, warns that accommodation for refugees and politicians in the target spectrum are potentially at risk from racially-motivated acts of xenophobic violence.

The analysis was drawn up a few days before Henriette Reker was stabbed in Cologne (17 October). She has since been elected mayor of the city. Accordingly, the BKA now fears further actions, such as blockading railways or motorways to prevent the arrival of refugees.

In addition, the number of attacks on accommodation used for asylum seekers has risen, reported the same newspaper. Up to and including the month of September, 461 alleged right-wing-perpetrated crimes have been committed. This is already double the number that was seen in 2014.

Poll: majority of Germans are worried

Germans are increasingly concerned about the refugee crisis, a poll showed. More than half of respondents to a survey published by the Frankfurter Allgemeinen Zeitung said that the developing situation makes them “very worried”. In August, only 40% responded as such. The number of respondents who only felt “slightly worried” fell from 45 to 38%.

A majority of those polled (56%) said that they were in favour of a cap on the number of refugees to be imposed. The verdict on the risks of the influx depended on whether a short or long-term outlook was considered. Nearly two-thirds of respondents believed that there are more risks in the short-term. Only 46% expressed concerns over long-term risks.

According to another survey, the ruling coalition has lost support during the refugee crisis. The CDU/CSU union polled at 42% in the first half of September; this has dropped to 38%. The SPD increased slightly from 25.5% to 26%, while the Alternative for Germany party (AFD) doubled its approval rating to 7%. Other parties remained virtually constant in the polls. The survey was conducted by the Allensbach Institute, who polled 1,400 German citizens between 3 and 16 October.