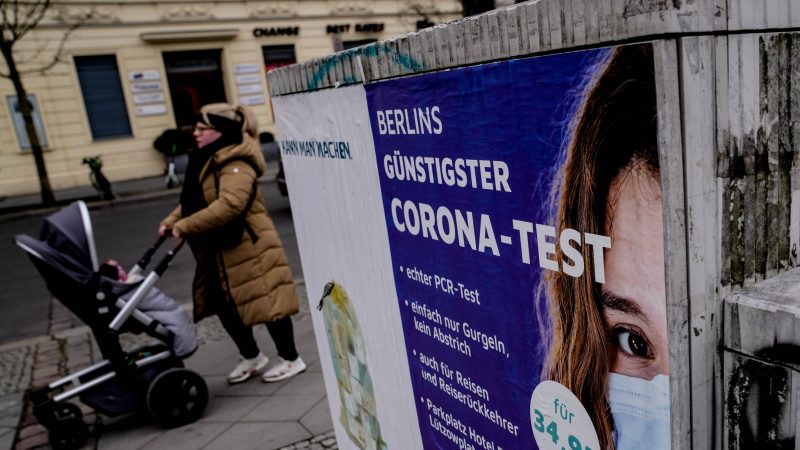 Since allegations of fraud at several providers were made public earlier this week and Spahn said on Saturday that there will be stricter controls, a debate has started on how to control the test centres and who should be in charge.

“Where cheating takes place, everyone must know that this can by punished quite severely,” Justice Minister Christine Lambrecht told broadcaster ARD. “This message must also be sent out from the state, that such controls will be enforced and then the appropriate legal consequences will follow.”

Spahn wants to involve local health departments and tax authorities in the controls. “Most people have a very different respect for the tax office than they do for the health authority,” he told ARD.

Germany offers its citizens at least one free coronavirus test per week, with several federal states providing one free test a day. The state pays €18 per test. As a result, private test centres have been set up en masse in recent weeks.

Some coronavirus test centres have been charging for more tests than they have carried out, daily Sueddeutsche Zeitung and ARD reported this week.

The Greens’ parliamentary faction leader Katrin Goering-Eckardt said the fraud reports had contributed to a further loss of trust. “We need a much better management in general again, to regain trust in politics, in democracy.”

The number of new coronavirus cases in Germany has fallen further this weekend. The Robert Koch Institute for infectious diseases reported a 3,852 rise in cases on Sunday, 2,862 fewer than a week earlier.

So far, Germany has seen 3.68 million cases, and the death toll stands at 88,406. Around 42% of its population have been given at least a first shot of a COVID-19 vaccine, and 17% have had their second dose.

About 90% of adults willing to be vaccinated will be able to get a shot by mid-July, Spahn said, adding that by the end of August, children over the age of 12 could also be vaccinated.