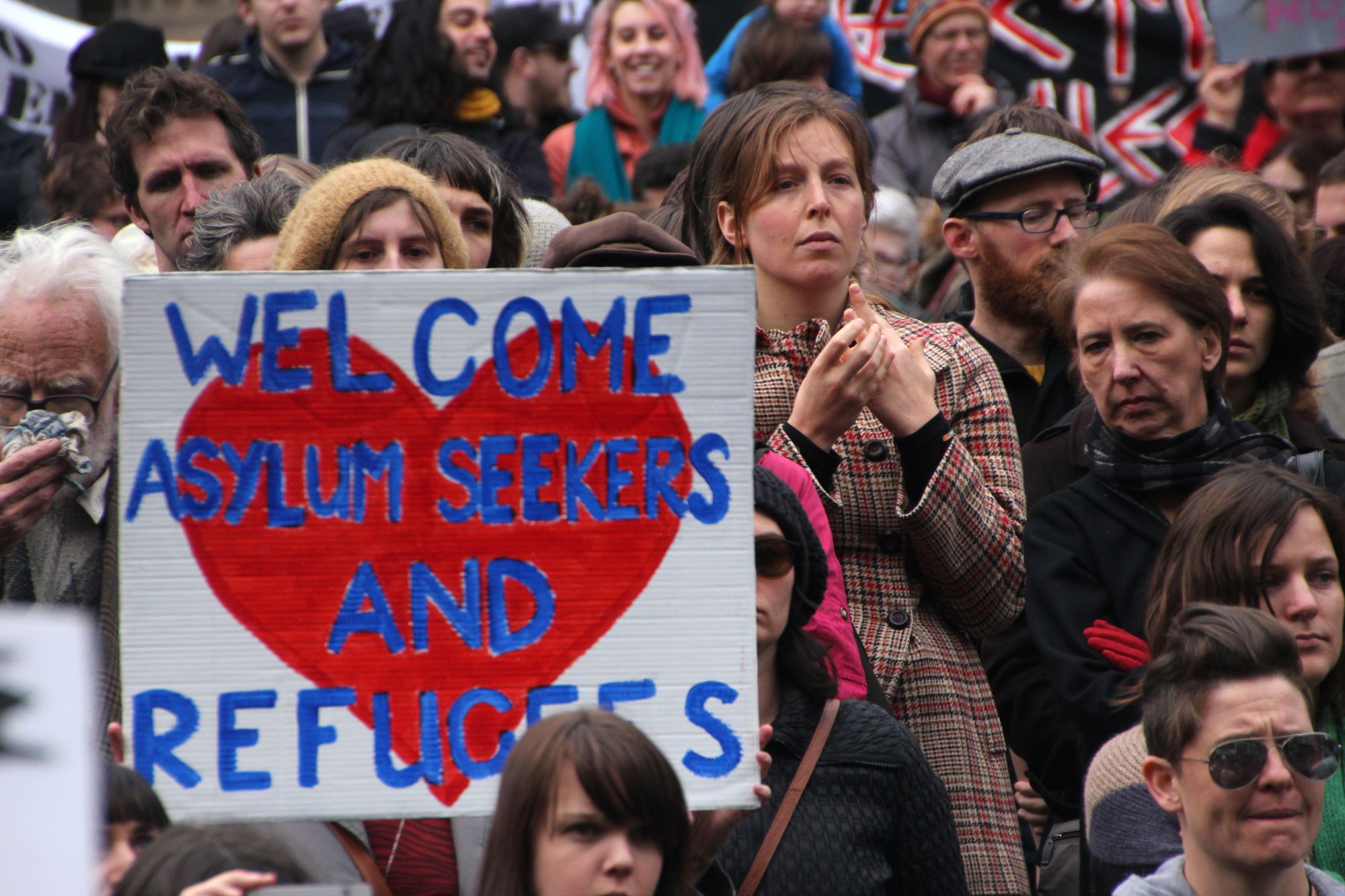 Marches and demonstrations have taken place around Germany, urging the country to welcome refugees. [Takver/Flickr]

After the recent spate of violence against asylum seekers, a wave of solidarity with refugees has swept through Germany. In many cities around the country, people have taken part in demonstrations and protests against hate speech. EURACTIV Germany reports.

At the weekend, political and corporate representatives called upon the nation to stand against xenophobia and to come together to help refugees integrate.

German Vice Chancellor Sigmar Gabriel described the lack of common ground in dealing with the refugee crisis as a scandal. Europe is in danger of failing, due to its handling of migration, said the chairman of the Social Democratic Party (SPD) in Berlin. Finance minister Wolfgang Schäuble warned that the way in which Germany handles this crisis will define it for the foreseeable future.

Gabriel remained confident that an effective package of reforms for refugee integration would be agreed upon at the forthcoming refugee summit. These measures would range from community support during first contact to housing and educational opportunities for refugees.

After the blanket ban on public gatherings in the Saxony town of Heidenau was overruled by a regional court, a solidarity march took place on Saturday evening, in which refugees from the local shelter also took part. Heidenau has been at the centre of riots and violence perpetrated by Neo-Nazis and right-wing extremists. Many of the march’s participants had travelled from Dresden, where earlier there had been a peaceful pro-refugee demonstration against the government’s asylum policy.

Labour minister Andrea Nahles (SPD) stated in the Bild am Sonntag newspaper that, “It is our duty not to abandon the most vulnerable in their time of need.” Health minister Hermann Gröhe (CDU) pointed out in the same publication that, “we won’t be worse off by helping those who need it. It is inaction that will make us poorer.”

This show of solidarity by the German public comes fresh on the heels of Facebook’s decision to accept the German justice minister’s invitation to discuss how hate speech should be dealt with online. The social networking site has agreed to an “exchange” with Heiko Maas, after he criticised their policy of removing abusive content.

Meanwhile, certain German regions will experience an influx of refugees that may exceed the figures forecasted by Interior Minister Thomas de Maizière by up to 200,000 individuals. The Minister-President of the state of Hesse Volker Bouffier, told the state’s broadcaster that he expects a million refugees to arrive. His Brandenburg colleague, Dietmar Woidke, told Tagesspiel am Sonntag that the state of Brandenburg is preparing itself for more arrivals. “I’m not ruling anything out, even the ‘one million’ figure,” he said in regard to the entire country.

Saxony’s intelligence service sees a new dimension of right-wing violence in the recent riots in Heidenau. “The willingness to attack police officers, and the brutality of these attacks, is a new feature,” said Gordian Meyer-Plath, head of the organisation, in Welt am Sonntag. In the past, right-wing extremists have cooperated relatively well with the police.

According to Der Spiegel, the domestic intelligence service has been investigating whether there is a terrorist link to the recent violence. The authority responsible for investigating terrorism is looking into whether the riots in Heidenau can be considered as such, reports the magazine. In other cases, the authorities have initiated legal proceedings. All arson attacks against refugee accommodation have been registered as right-wing motivated violence.