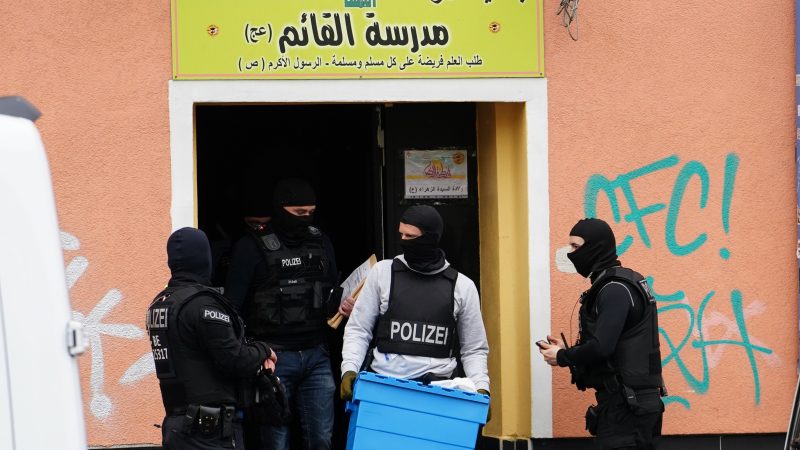 File photo. A police officer carrying a box walks out of a Al-Irschad association building during a raid in Berlin, Germany, 30 April 2020. [Clemens Bilan/EPA/EFE]

Germany has banned three associations that are accused of donating to Iran-backed militant group Hezbollah, the Interior Ministry said on Wednesday (19 May).

Police conducted early morning raids at several premises in seven German states, a spokesman for the ministry said on Twitter.

“Those who support terror will not be safe in Germany. No matter in what guise our supporters appear, they will not find a place of refuge in our country,” the spokesman said.

Germany banned Hezbollah on its soil and designated it a terrorist organisation last year. The military wing of Hezbollah is on the EU list of external terrorists. 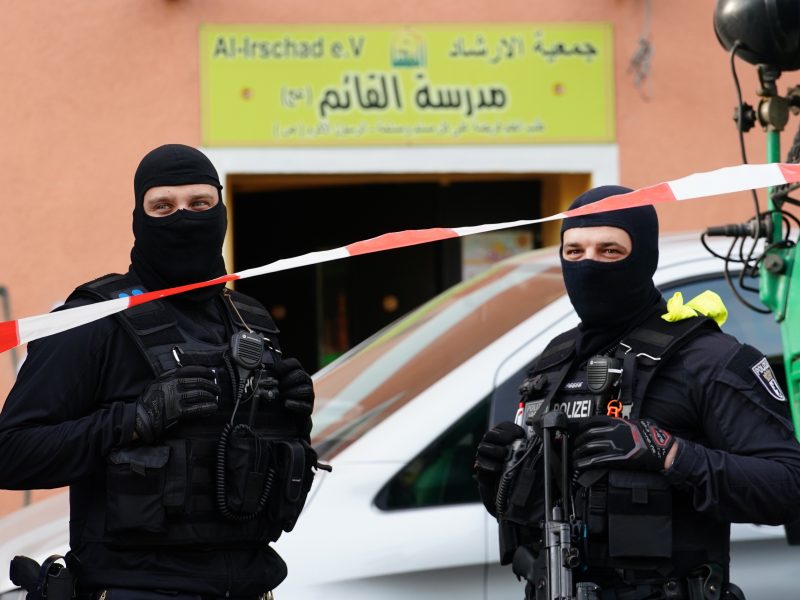 Iran has condemned Berlin’s ban of Hezbollah activity in Germany and its designation of the Iranian-backed Lebanese group as a terrorist organisation, saying the move serves US and Israeli interests, Iranian state media reported on Friday (1 May).

The three associations that have been banned are “Deutsche Libanesische Familie”, “Menschen für Menschen” as well as “Gib Frieden”, which had already been banned on 15 April.

The associations are accused of collecting donations for Hezbollah’s “martyr families” in Lebanon under the guise of religious and humanitarian goals in Germany, ultimately promoting attacks on Israel.

As a legacy of the Holocaust, Germany feels a special responsibility towards protecting Israel.