Germany ramps up security after Paris 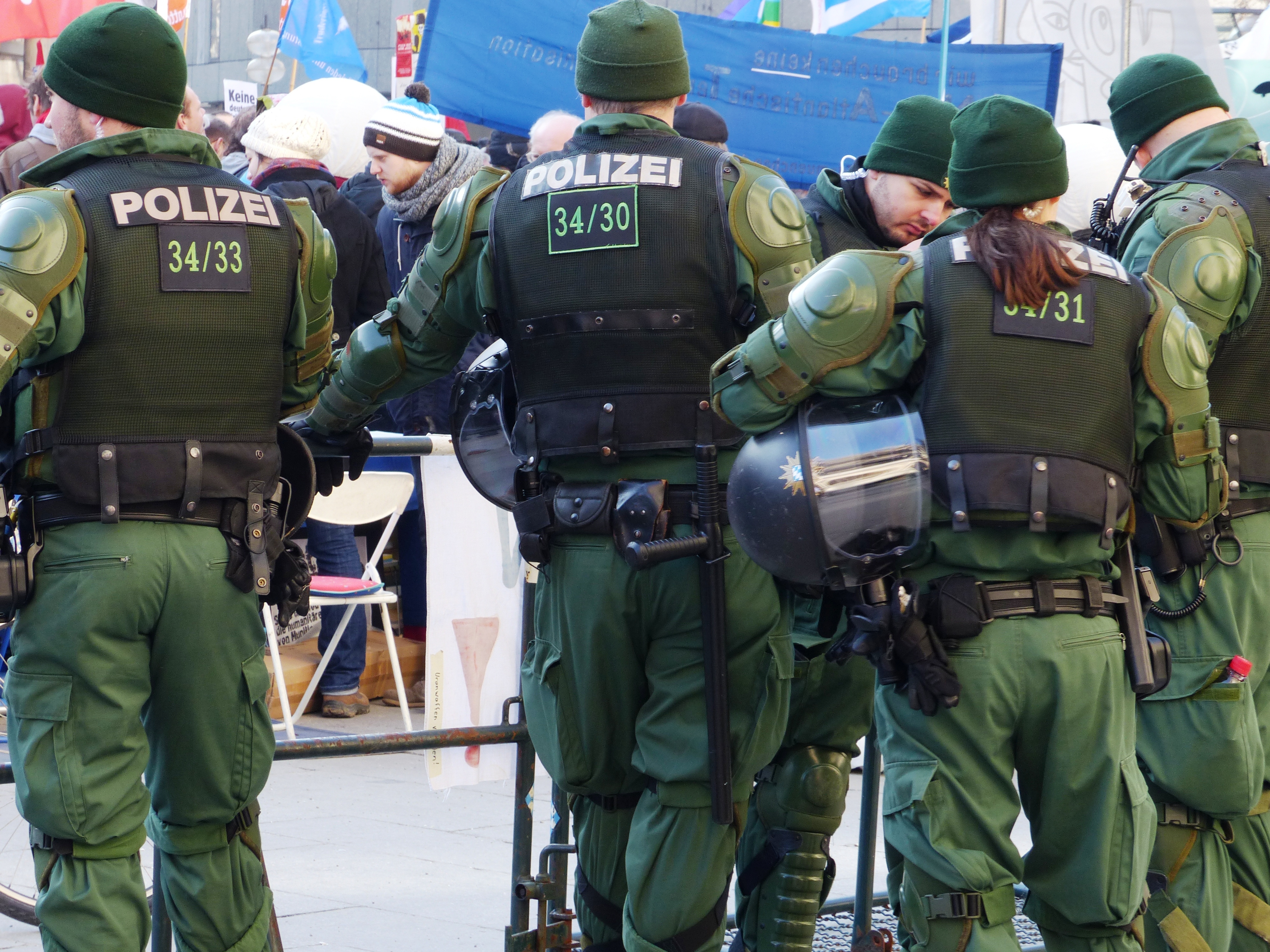 German police have been ordered to wear body armour and visibly display their weapons where necessary. [Metropolico.org/Flickr]

After the events in Paris on Friday (13 November), Germany has responded with increased security measures and border checks. EURACTIV Germany reports.

Air and rail transport have both been increasingly monitored by federal policemen, and checks at the French-German border have also been extended.

The threat level in Germany is high, and the country remains steadfast in the crosshairs of international terrorism, said Minister of the Interior Thomas de Maizière, in Berlin.

Bavarian police are investigating whether a Montenegrin man arrested 10 days ago could be connected to the attacks. It mirrors the situation in many countries around the world, where security has been stepped up.

De Maizière ordered that police carrying out increased checks at train stations and airports wear body armour and visibly display their weapons, which are mostly submachine guns. Road traffic controls at the border have been complementary to those imposed by the French authorities.

Additionally, the security cabinet, led by Angela Merkel, decided to extend the monitoring of known Islamist instigators and their sympathisers. The possibility of a right-wing extremist-led backlash has also been watched closely, said de Maizière. In a telephone conference, interior ministers agreed that increased vigilance at refugee centres, mosques and other similar facilities is necessary.

The Paris attacks that have left over one hundred people dead were carried out by Islamic State (IS), an extremist militant group that in the past has called for terrorist action against Germans as well.

Bavaria’s criminal police office, the LKA, announced that a Montenegrin man was arrested on 5 November. In his car, the police found eight Kalashnikov rifles, two pistols, a revolver, two hand grenades and 200 grams of explosive.

The man’s VW Golf, which was pulled over on the Bundesautobahn 8 in southern Germany, had a navigation system with a Paris address entered into it, which was also found on a note in the car, de Maizière and the LKA revealed.

De Maizière said that further investigation was needed to establish whether the man had anything to do with the attacks. Horst Seehofer, the Minister-President of Bavaria, said that there are grounds to assume that the two cases are connected. The man is still in custody and he told the authorities that he just wanted to visit the Eiffel Tower, and that he was unaware of the weapons cache in his vehicle.

Montenegro’s interior ministry announced that the man is Christian Orthodox, and that there is no evidence to link him to the events in Paris.

Outside of France and Germany, security measures have been increased globally and France has stepped up precautions at its institutions around the world.

Merkel said German authorities would continue to monitor the situation closely and would be in constant contact with their French counterparts. The heads of the German security services attended the security cabinet meeting on Saturday (14 November).

Leading politicians urged their citizens not to let fear of terrorism disrupt their lives. Living a free life is stronger than any form of terrorism, said Merkel.

“Let’s answer the terrorists by living our lives confidently, as we reaffirm our values, for the whole of Europe,” she added.