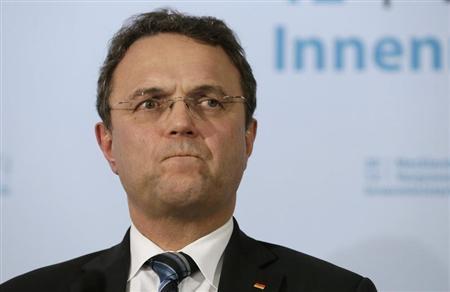 As the human tragedy near the Italian island of Lampedusa prompted calls to rethink the EU’s immigration policy, the German Interior Minister rejected any suggestion that his country should accept more refugees. euractiv.de reports.

At a meeting of EU interior ministers held in Luxemburg on Tuesday (8 October), Hans-Peter Friedrich (CSU), the German home affairs minister, reacted to recent calls for a fairer burden-sharing of refugees among European countries.

“Germany is the country that takes in the most refugees in Europe,” Friedrich claimed.

Last year, the Federal Republic accepted almost 80,000 refugees, and is expected to welcome a further 100,000 this year. This would result in a ratio of around 946 refugees for every million inhabitants.

“This shows that descriptions, stating that Italy is overburdened with refugees, are simply not true,” Friedrich said.

Indeed, according to a recent report by the European Asylum Support Office (EASO), the total number of asylum applicants in Germany is the highest in the EU and is higher than Italy’s by almost 20,000 people, according to data from 2010 and 2011.

Friedrich also seized the occasion to take aim at his compatriot and political opponent, the Social Democrat President of the European Parliament Martin Schulz.

In the run-up to the EU interior minister's meeting, Schulz called on Germany to accept more refugees, saying “it is a disgrace that the EU has for such a long time, left Italy to deal with the influx of refugees from Africa alone”.

“This also means that Germany must take in more people,” the SPD politician told the German Bild Newspaper.

Friedrich slammed Schulz in reply, saying his critique only proved “a lack of expertise”.

'No change in legislation needed'

At the moment, burden-sharing takes place on a voluntary basis among EU member states. And current rules stipulate that the country receiving an asylum application is responsible for processing the file. Therefore, if a refugee lands in Malta before entering Germany, the German authorities are entitled to send the applicant back to Malta.

Refugee organisations and countries like Italy or Greece, which receive the bulk of asylum claims, have called for greater solidarity.

“The current distribution rules according to the so-called Dublin II system are deeply unfair: the countries bordering the Mediterranean, as states most strongly affected by the economic crisis, are forced to shoulder the majority of the burden”, MEP Birgit Sippel (SPD) explained. If Europe was seriously interested in a solution, then the member states would agree to revise the current system, she said.

Friedrich, on the other hand, does not see a need for urgent action. “Dublin II remains unchanged, naturally,” he told the news agency DPA on Tuesday.

The Interior Minister called for a harsher policy regarding human traffickers who organise the passage of refugees to Europe. Friedrich told the Welt am Sonntag newspaper that Germany and Europe should “most strongly fight organised networks and exploitative smuggling of human beings”.

The “smuggling-criminals” are the ones “who use false promises to put people in mortal danger which oftentimes leads to death,” he stressed.

The refugee organisation Pro Asyl criticised Friedrich’s statements, saying that refugees are left with hardly any other choice than to attempt, with the help of human traffickers, to gain access to Europe.

In transit states they do not find any protection and the EU denies them any safe escape routes to Europe, the activists say.

“Whoever wants to fight human traffickers, must create legal routes to flee, rather than further reinforcing the borders. Germany must finally use its political weight within the EU to help create a refugee policy, which gives refugees the possibility of a danger-free entry,” said Günter Burkhardt, the Managing Director of Pro Asyl.

The criticism from Pro Asyl is also directed at the European Union.

On Thursday (10 October), the European Parliament in Strasbourg is expected to pass the European Border Surveillance System, Eurosur. The new system is supposed to increase security at the EU’s outer borders by means of satellite technology, surveillance drones and by facilitating information exchange between the member states. The proposal, tabled by the European Commission in 2011, intends to fight illegal migration and put a stop to human trafficking networks.

“Migrants are resorting to very dangerous means to try to enter Europe and with a lack of regular channels, the routes they take are becoming more dangerous,” Michele Levoy, Director of the Platform for International Cooperation on Undocumented Migrants (PICUM) told euractiv.de. "Inevitably, tragedies like the one at Lampedusa, are bound to recur," she added.

It is estimated, that 300 refugees lost their lives last week near the Mediterranean island of Lampedusa. The disaster is not the first in the Mediterranean Sea: the organisation Fortress Europe estimates that more than 17,000 people have perished off the coast of Italy, Malta and Greece between 1993 and 2012.

“It must be asked, how many more tragedies will we have to see until the EU really wakes up and takes action,” Nicolas Berger, Director of the Brussels Office of Amnesty International, said in a statement for the German radio station, Deutschlandradio Kultur.

Amnesty International supports more solidarity in Europe. Not only Germany, but the entire EU must take in more refugees, the organisation argues.

Additionally, Amnesty insists that it is urgently necessary to create legal entry possibilities and to improve human rights conditions for refugees in transit states such as Libya.

0 responses to “Germany refuses to take in more refugees”