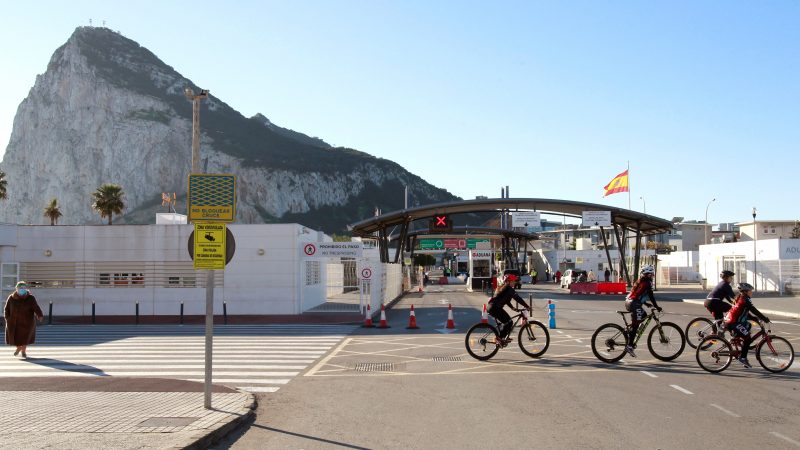 Gibraltar will become part of the Schengen zone to ensure fluidity on its border with Spain in a landmark deal inked just hours before the Brexit deadline, Spain’s top diplomat said Thursday (31 December).

Negotiators representing the governments in Madrid, London and Gibraltar have been working around the clock to ink a deal to avoid the creation of a new “hard border” between the tiny British territory and the European Union that would have caused huge disruption for travellers and businesses on both sides of the line.

“We have reached an initial agreement with the United Kingdom which will serve as the foundation for a future treaty between the European Union and the United Kingdom concerning Gibraltar,” Foreign Minister Arancha Gonzalez Laya told reporters in Madrid.

In a separate address, Gibraltar’s Chief Minister Fabian Picardo said that the deal set the stage for a treaty that would allow for “maximised and unrestricted mobility of persons” across the border.

The agreement was “a proposed framework for a UK-European Union agreement or treaty on Gibraltar’s future relationship with the EU,” he said, indicating the deal was finalised in “the early hours of this morning”.

“We’re going to avert the worst effects of a hard Brexit,” Picardo said.

The deal was announced a week after Britain reached its own last-minute exit agreement with the EU although it did not cover Gibraltar, a tiny British territory on Spain’s southern tip which is historically claimed by Madrid.

The agreement was hailed on Twitter by both the Spanish prime minister and his British counterpart.

Spain’s Pedro Sanchez said it marked the start of “a new era” that would allow for “the removal of barriers”, while Britain’s Boris Johnson “wholeheartedly” welcomed the deal, stressing the UK’s commitment to “the protection of the interests of Gibraltar and its British sovereignty.”

Schengen at the border

Under terms of the agreement, Gibraltar would become a part of the Schengen zone with Spain acting as guarantor, Gonzalez Laya said.

“With this (agreement), the fence is removed, Schengen is applied to Gibraltar… it allows for the lifting of controls between Gibraltar and Spain,” she said, indicating the arrangement would be monitored by Frontex, the EU’s border agency.

“Until the agreement comes into force, we will use the arrangements permitted under Schengen to relax controls at the border,” she said, indicating the deal was expected to be signed by the UK and the EU “within an estimated six months”.

Picardo said Spain would be responsible for managing the Schengen arrangement which would be implemented by Frontex, the agency charged with protecting the EU’s external borders.

“This will be managed by the introduction of a Frontex operation for the control of entry and exit points,” he said. The arrangement will be in place for an initial four-year period.

A desire to keep things flowing smoothly at the border explains why in 2016 nearly 96 percent of voters in Gibraltar backed staying in the EU, while in Britain proper the referendum vote was 52-48 percent in favour of leaving the bloc.

With a land area of just 6.8-square kilometres, Gibraltar is entirely dependent on imports to supply its 34,000 residents, and without an accord, the movement of goods across the border from Spain would have been slowed by new customs procedures.

Both sides were also at pains to insist the deal in no way impinged upon their respective sovereignty claims.

“There are no aspects of the framework that has been agreed that in any way transgress Gibraltar’s positions on sovereignty, jurisdiction or control,” Picardo said, echoing earlier remarks by Gonzalez Laya.