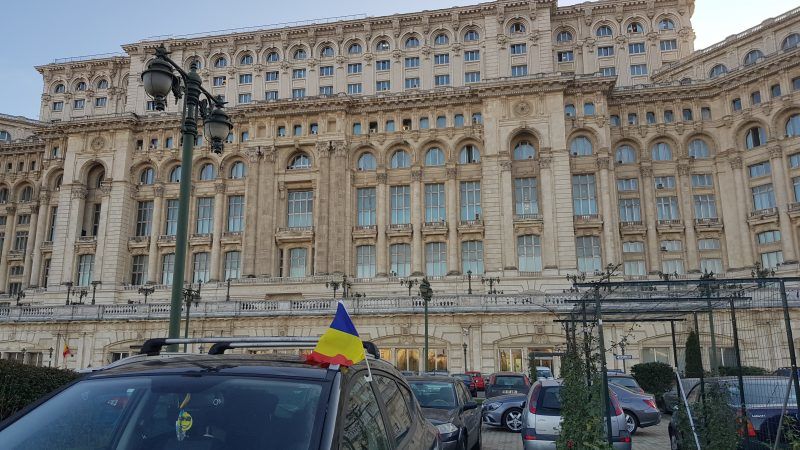 The megalomaniac Romanian Parliament building was a project of Nicolae Ceaușescu. [Georgi Gotev]

Romania’s top court ruled on Tuesday (30 January) that parts of controversial legal reforms pushed by its centre-left government were unconstitutional and needed to be modified.

The measures aim to curb the powers of the country’s respected anti-corruption investigative body and the right of the president to block the appointment of senior prosecutors nominated by the government.

The Social Democrats’ (PSD) plans have triggered mass protests across the country and sparked concern from Brussels to Washington. 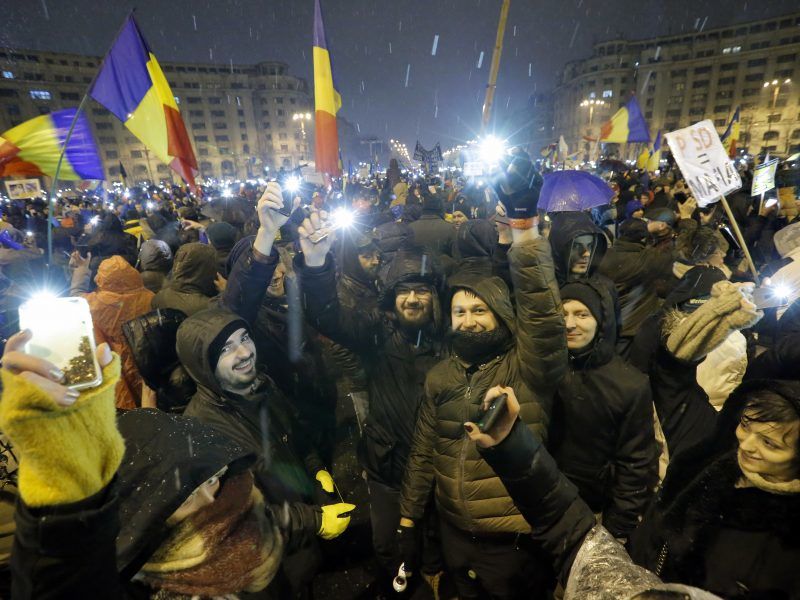 Under the changes, the state would be able to take action against a prosecutor or judge accused of committing “a judicial error emanating from bad faith or serious negligence”.

Romania’s Constitutional Court on Tuesday denounced the law’s proposed phrasing as too vague and asked the government for clarification.

The nine-judge panel has “demanded a redefinition of judicial error, bad faith and serious negligence”, Valer Dorneanu, the president of the Constitutional Court, told journalists in Bucharest.

He said judges would reconvene on 13 February to further discuss the reforms.

Despite ongoing opposition, the government approved the reforms in December.

But Romania’s centre-right President Klaus Iohannis, a vocal critic of the PSD, has not yet announced whether he will sign off on the reforms.

He has blasted the government for changing the laws of justice “ignoring the arguments of the judicial system and criticism coming from foreign partners”.

Iohannis is in Brussels today where he will meet with Commission President Jean-Claude Juncker and his first deputy Frans Timmermans, in charge of enforcing the rule of law in the 28-member bloc.

Critics have accused Romania, one of the European Union’s most corrupt countries, of trying to back away from its efforts to tackle graft.

The European Commission last week warned Romania “against backtracking”, adding that they would look carefully at the reforms “to determine the impact on efforts to safeguard the independence of the judiciary and combat corruption”.

Romania’s new Prime Minister Viorica Dăncilă did not address concerns at the swearing-in of her cabinet on Monday.

However, the PSD earlier defended its plans, insisting it was committed to the rule of law and open to “real and concrete dialogue”.

In February 2017, the left-wing government was forced to drop altering anti-corruption laws in the politicians’ favour after the biggest protests since the fall of communist dictator Nicolae Ceaușescu in 1989.