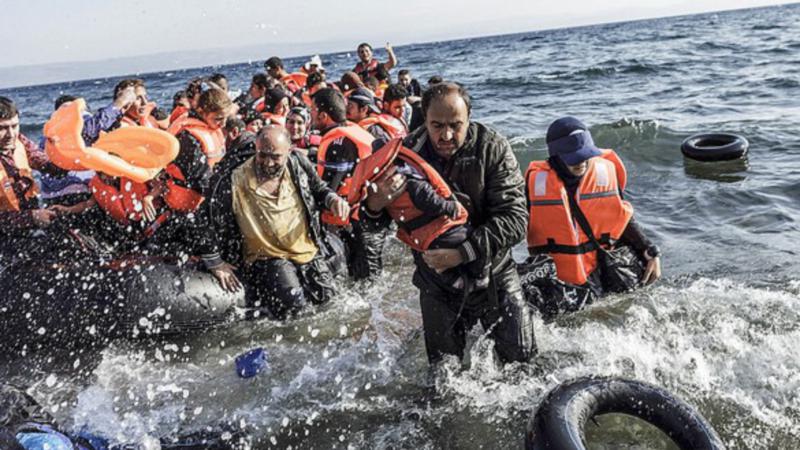 The Greek government says the situation is still "under control". [Freedom House/Flickr]

Greek prime minister Alexis Tsipras will interrupt his short vacation and hold next weekend meetings with ministers on the issue.

According to the newspaper “Ta Nea”, Migration Minister Yiannis Mouzala and Alternate Minister of National Defence Dimitris Vitsas have been asked to work out an emergency plan.

Tsipras is expected to warn EU leaders that Athens will not be able to cope with a large increase in refugee flows from Turkey as a result of the internal situation after the failed coup attempt.

Greek media report that Athens is worried about a possible collapse of the EU-Turkey refugee deal and seeks ways to be prepared for such a scenario.

Greece’s Migration Minister Yannis Mouzalas on Wednesday (3 August) denied having called for a backup strategy – a “Plan B” – in case the EU-Turkey refugee deal collapses amid escalating tensions between Brussels and Ankara.

The coalition government plans also include the immediate movement of surplus refugees from the islands of the North Sea to the mainland.

Greek government sources told EurActv.com last week that despite a marginal increase of migration flows, the situation was “still under control”.

“However, we don’t have a clear picture whether the internal situation in Turkey will actually affect the refugee deal with Brussels to any significant extent”, a Greek official said.

Analysts in Athens claim that the migrant deal will eventually not be affected, as Ankara’s government will increase the control at its border, fearing the “escape” of fugitives.

Meanwhile, Tirana expressed deep concern about increased migration flows at the Greek-Albanian border, saying that on Wednesday (10 August) the police arrested 26 Afghan refugees (18 of them were minors).

The Albanian police are expected to send back to Greece the arrested refugees who intended to go to Montenegro.

The authorities are examining the scenario of organised smuggling groups in Greece, Albania and Montenegro.