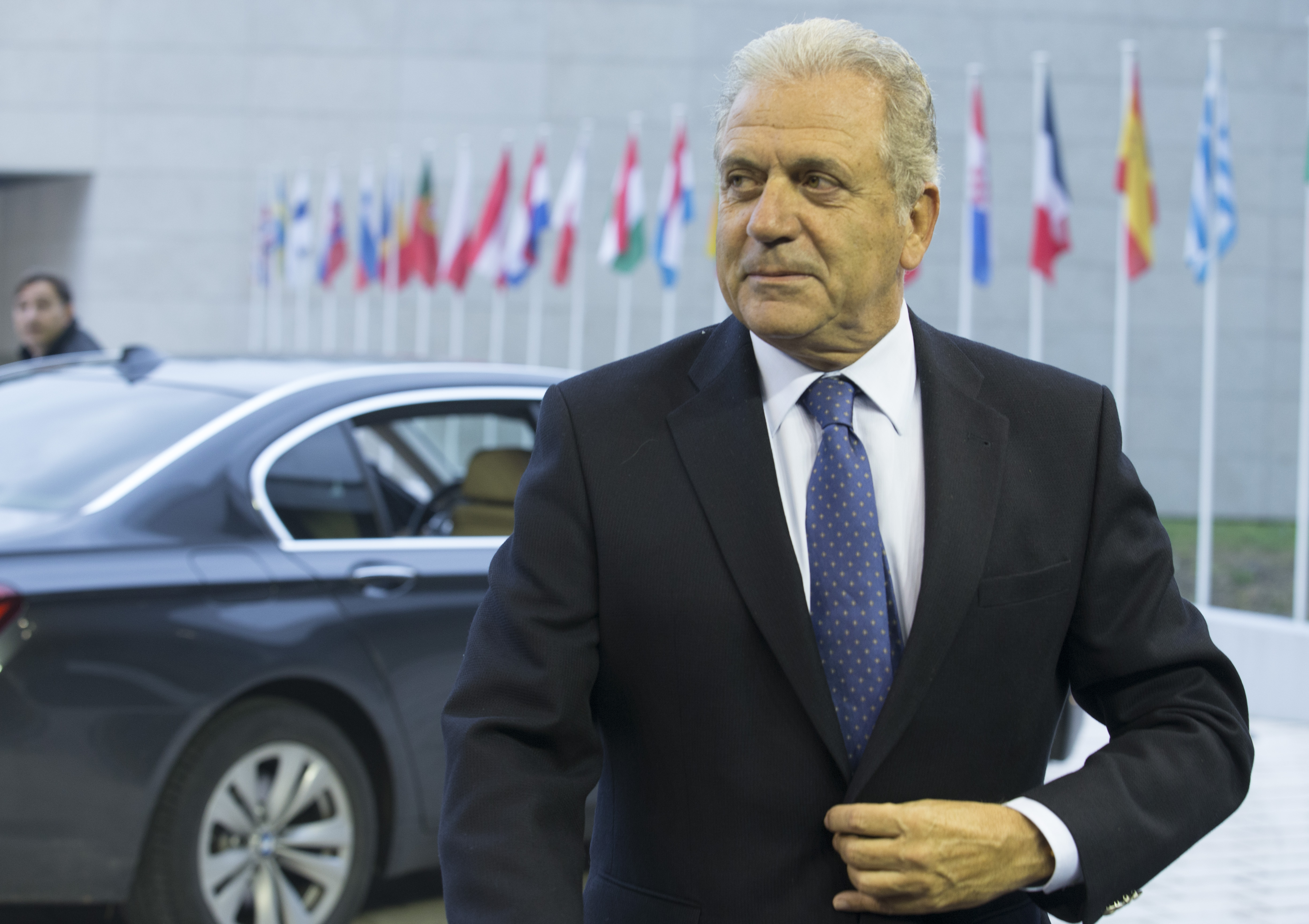 Greece asked for European help yesterday (3 December) to secure its borders and care for crowds of migrants, defusing threats from EU allies to bar it from the passport-free Schengen zone if it failed to get a grip.

Hours before EU interior ministers are to meet on Friday to consider what to do about Greece’s inability to stem the flow of refugees and others streaming toward Europe’s rich north, the Athens government finally heeded calls from Brussels and agreed to accept European aid and foreign border guards.

Though EU officials insisted publicly there was “no threat to expel” Greece from Schengen – a fairly symbolic punishment as it has no land border with the rest of the bloc – diplomats said Athens was under huge pressure to show by today’s meeting that it was cooperating on EU migration measures.

>> Read: Greece told it could be kicked out of Schengen

Its acceptance of three offers – EU staff to help on its northern frontier, foreign border guards on its Aegean islands and tents and supplies to house stranded migrants – was quickly welcomed by the EU executive and Migration Commissioner Dmitris Avramopoulos, a Greek himself, called for EU states to help.

Riots and the death of a young Moroccan electrocuted on a rail line as he tried to cross Greece’s northern frontier into Macedonia put more human faces on a crisis that has poisoned relations among European governments and left their cherished Schengen system of open borders on life support.

The man was among some 3,000 people, mostly from Pakistan, Iran and Morocco, stuck near the northern Greek town of Idomeni since Macedonia began limiting entry to Syrians, Iraqis and Afghans likely to be given asylum further north in the EU.

Half a world away, in Pakistan, the government’s refusal to let 30 of its own citizens get off a plane chartered from Greece to return them to Islamabad underscored the difficulties in enforcing a new EU determination to deport those of this year’s million arrivals who fail to qualify for asylum

Inside Europe, a Swedish plan that could close the Baltic bridge linking it to Nordic neighbour Denmark in case of migrant emergencies rammed home how far disarray in coping with Syrian and other refugees – in numbers dwarfed by the EU population of 507 million – is taxing European unity.

South of the bridge, Danes voted No on Thursday in a referendum to a government request for more power to cooperate with EU partners on policing – the latest sign that fears of Euro-chaos are fuelling populist nationalisms.

On Sunday, Union co-founder France is likely to hand big electoral gains to the anti-EU National Front, three weeks after 130 people were killed in Paris by Islamic State militants, some of whom may have arrived from Syria via Greece.

Handicapped by the economic crisis that nearly saw it drop out of the euro currency zone, Greece has struggled to cope this year with nearly 600,000 people making the short but perilous crossing from Turkey to Greek islands scattered along its coast.

Allies have grown increasingly impatient with Greek failures to even register and identify most of those arriving, let alone accommodate them and handle asylum requests as EU rules dictate and that frustration has mounted sharply amid accusations that Prime Minister Alexis Tsipras’s radical leftist-led coalition has refused to accept EU help, notably foreign border guards.

While denying it had rejected aid and cooperation, the government said on Thursday that it would work with officers from the EU’s Frontex border agency to register those migrants trapped in the north since Macedonia tightened frontier checks.

Sensitive to suggestions Greece was losing sovereignty on its territory, a government spokeswoman stressed Frontex would only work on registration of people not documented further south and not take part in “joint border controls”.

The European Commission, which under President Jean-Claude Juncker has been pressing Tsipras to accept more EU help, said Athens had formally activated two other assistance programmes.

The EU Civil Protection Mechanism, originally conceived to cope with natural disasters such as earthquakes, will provide EU supplies of tents, generators and other equipment to help Greece accommodate people over the winter. And on the Greek islands, Frontex will organise a Rapid Border Intervention Team (RaBIT), forcing other EU states to reinforce Greek border guards.

It is only the second time the RaBIT system has been activated after Greece used it in the winter of 2010-11 to check a surge in people crossing its land border with Turkey. That has since been sealed but medical charity Médecins Sans Frontières, which is involved in saving people at sea in the Aegean, called on the EU on Thursday to open new, safer routes to Europe.

EU leaders hope winter seas, and their new deal with Turkey to try to dissuade and prevent Syrian and Iraqi refugees and other migrants from setting off, can bring down the numbers and give them breathing space to organise a collective response.

Two weeks before they sit down for a Brussels summit that could be stormy, there is no sign of divisions easing, notably between German Chancellor Angela Merkel, who has led efforts to take in more Syrians, and leaders in the formerly Communist East who oppose EU schemes to make them take in some asylum seekers.

The Hungarian government of Prime Minister Viktor Orbán said it would follow neighbouring Slovakia in filing a complaint at the European Court of Justice against the plan.

The potential for immigration to wreck major achievements of the European Union has fuelled calls for tougher action. This week, Merkel has warned that even Afghans who do not meet strict criteria for asylum will be deported — though that is not easy.

And in an interview published on Thursday, Donald Tusk, the former Polish premier who chairs EU summits, said irregular migrants should be detained for as long as needed to check their identities, up to the 18 months allowed by law.

Warning of security threats and saying most migrants were not fleeing war, Tusk said: “It’s too easy to get into Europe … This wave of migration is too big not to be stopped.”