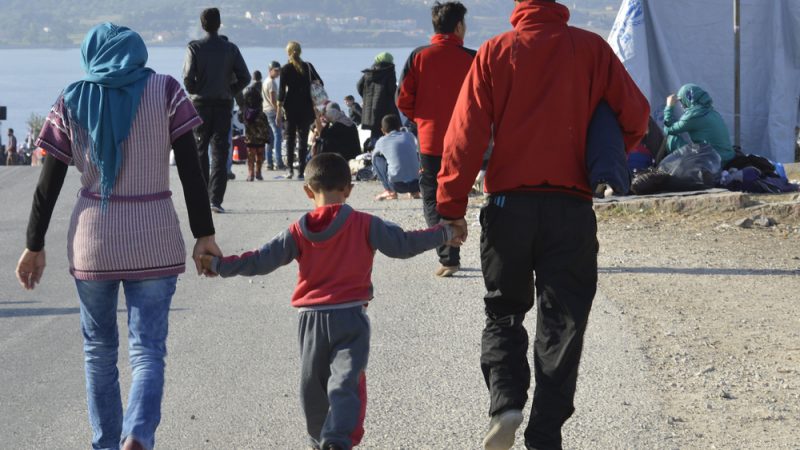 Greek government sources told EURACTIV that 62% of asylum applications in 2020 and 50% in the first quarter of 2021 were made by asylum seekers from Syria, Afghanistan, Pakistan, Bangladesh and Somalia. [Shutterstock/Anjo Kan]

Turkey is a safe country for most asylum seekers now housed on Greek islands, Greece’s migration ministry has said, as Athens seeks to speed up repatriations to its eastern neighbour.

According to a 2016 agreement between the European Union and Turkey, the latter should take back Syrian refugees from Greece if they do not face serious risks in Turkey.

“Turkey is a safe country for asylum seekers from Syria, Afghanistan, Pakistan, Bangladesh and Somalia according to joint decree adopted by the foreign and migration ministries,” the Greek migration authorities said in a statement on Monday (7 June).

“They are not in danger because of their religion, their nationality, their political opinions, or inclusion in a social group, and can seek asylum in Turkey rather than in Greece,” it added.

Migration Minister Notis Mitarachi was quoted as saying: “It will be a big step towards reducing the illegal flow of migrants” and force Turkey to readmit those who have been refused asylum on Greek islands.

For the past 15 months, Turkey has refused to readmit 1,453 refugees that Greek authorities want to send back. Turkish President Recep Tayyip Erdogan said in February 2020 that he would let migrants who sought to reach the European Union to pass through Turkey.

Tens of thousands surged towards Greece via the crossing between Kastanies and Pazarkule, on the Turkish side of the border, and clashes broke out there for several days.

In early April, Greece accused Turkey of seeking to “provoke an escalation” in the Aegean with “dangerous” manoeuvres and illegal assistance to migrants.

Between January and April, a little more than 1,000 asylum seekers landed on Greek shores according to the UN refugee agency.

Greek government sources told EURACTIV that 62% of asylum applications in 2020 and 50% in the first quarter of 2021 were made by asylum seekers from Syria, Afghanistan, Pakistan, Bangladesh and Somalia.

The same sources explained that from now, the technical features of the application of these five nations will not be examined and asylum seekers will be returned rapidly to Turkey.

With this move, Greece aims to to send the message that it would be pointless for asylum seekers from these nations to apply for asylum in Greece as they either end up “trapped” in Greece or quickly be returned to Turkey.

Athens claims that almost 90% of asylum seekers in Greece in practice want to move to other EU nations.