With 180 coronavirus-related deaths and 2,980 COVID-19 infections, Greece has been less affected by the pandemic than its European partners. Among migrants, no deaths due to COVID-19 have been recorded, and only a few dozen cases have been reported, according to the authorities. [Mario Fornasari/Flickr]

Greece has extended confinement on its overcrowded migrant camps by two weeks to curb the spread of coronavirus. Meanwhile, the country is also preparing to resume tourism, which is essential to its economy. EURACTIV’s partner Ouest-France reports.

On 21 March, the government decided to impose lockdowns on migrant camps on the Aegean islands, as well as on mainland Greece. Measures against the spread of COVID-19 have now been extended for residents of reception and identification centres until 21 June.

General confinement was imposed between 23 March until 4 May, following which lockdown had been extended twice, on 10 May and on 21 May until 7 June.

With 180 coronavirus-related deaths and 2,980 COVID-19 infections, Greece has been much less affected by the pandemic than its European partners. Among migrants, no deaths due to COVID-19 have been recorded, and only a few dozen cases have been reported, according to the authorities.

More than 33,000 asylum-seekers are living in five camps on the Aegean islands, despite their modest capacity of only 5,400 people, and some 70,000 more in other facilities on the mainland. 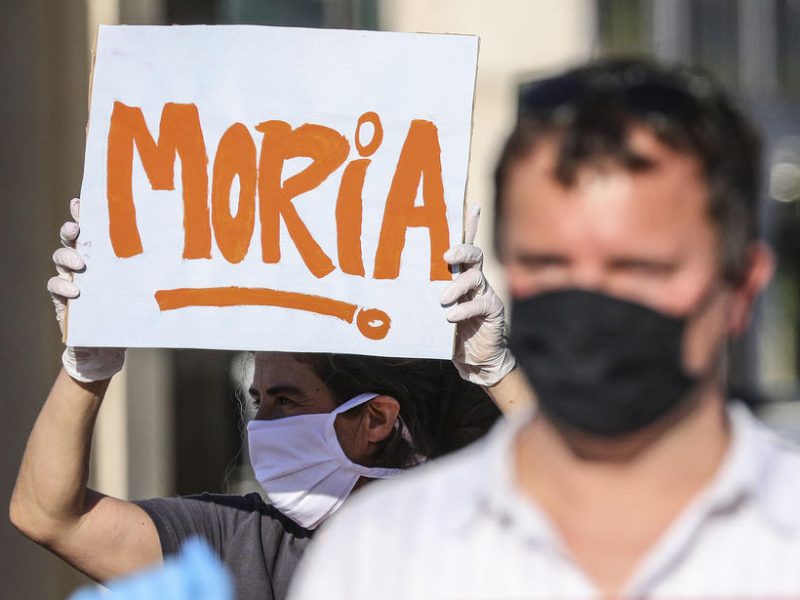 Alfa Jafo has spent the last few months working in the kitchen at a restaurant in the historic city of Agadez in Niger, a launchpad for irregular migration in the Sahel. Asked if the COVID-19 pandemic has killed his dream of going to Europe, Jafo looks genuinely puzzled and says ‘No’.

However, human rights organisations are concerned that the rights of migrants are hampered by the restrictions imposed to combat the virus. Besides, the announcement to extend the confinement of migrant camps comes just after the country launched a promotional campaign to attract tourists.

“We are opening Greece’s doors and windows, gradually but optimistically,” Prime Minister Kyriakos Mitsotakis said on Thursday (4 June), presenting a promotional commercial designed to attract tourists from around the world.

From 15 June, the two main airports of Athens and Thessaloniki are allowed to receive visitors from about 30 countries, mostly from the EU, the country’s primary customers. Regional airports are scheduled to open on 1 July.

Random tests are planned for visitors. Those arriving from the regions most affected by the coronavirus, such as the Paris region in France or the most affected areas in Italy, will be subjected to a quarantine period of seven to 14 days.

With tourism accounting for 20% of the country’s GDP, thus having a massive impact on the economy, Greece desperately needs to attract visitors from all over the world as early as this year.