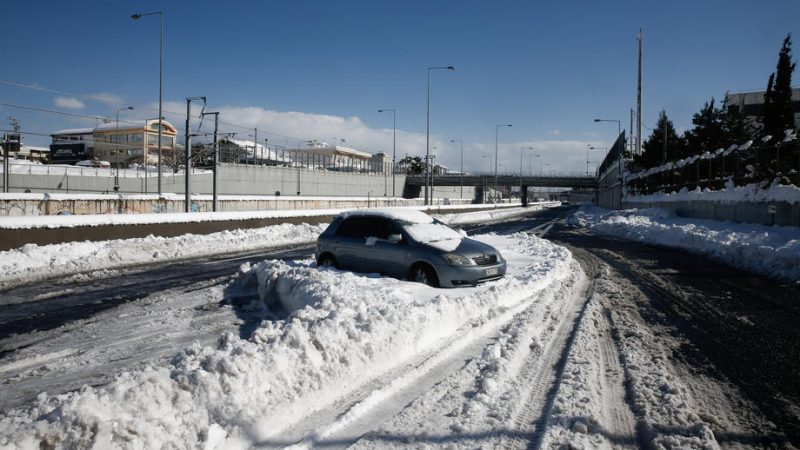 “I want to start by expressing my personal and sincere apology to our fellow citizens who have suffered for many hours in Attiki Odos,” Mitsotakis said at a ministerial meeting. [EPA-EFE/YIANNIS KOLESIDIS]

After days of absence from the public, Greek Prime Minister Kyriakos Mitsotakis apologised on Wednesday (26 January) for the mismanagement of a snowstorm that paralysed the country this week and left citizens trapped in cars for more than twenty hours.

However, he blamed the company that manages the Attiki Odos highway around the Athens metropolitan area, where thousands of car passengers got stuck during a blizzard on Monday.

“I want to start by expressing my personal and sincere apology to our fellow citizens who have suffered for many hours in Attiki Odos,” Mitsotakis said at a government meeting.

Attiki Odos, considered a flagship infrastructure project, is a privately owned toll motorway system that connects the Attica region, of which Athens is the capital. The company that manages it is called Attiki Odos SA.

The crisis resulted in the army stepping in to deliver aid and food to people left stranded overnight in freezing conditions.

Attiki Odos SA agreed to provide €2,000 compensation to every person affected. However, EURACTIV Greece was informed that this money would be provided by insurance companies and not directly by the company.

“We have a feeling that the €2,000 compensation will create a bigger problem in the insurance companies that cover civil liability than the company that manages Attiki Odos,” Athanasios Papandropoulos, a political analyst and journalist, told EURACTIV Greece.

Many citizens have announced that they will not accept the money and would seek higher compensation through the courts.

To excuse its poor preparedness, the government said earlier this week that the snowstorm had come earlier than expected.

Meteorologists, however, immediately said they had warned about extreme weather conditions with “great accuracy” and in plenty of time. 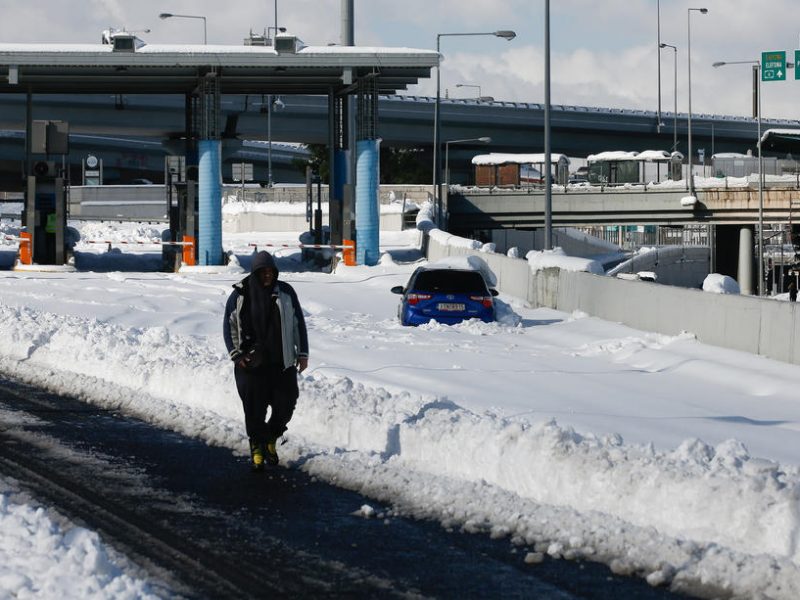 Meteorologists have said they had warned with “great accuracy” about a snowstorm that has paralysed the country for three days. Previously, to justify its unpreparedness, the government said the snowstorm came earlier than projected.
“As a scientist, I feel that I …

Under government pressure, the CEO of Attiki Odos SA resigned on Tuesday, but this has not been the case for those representing state entities responsible for the crisis and Attiki Odos was not the only part of Athens that suffered.

Even on the central roads of the capital, hundreds of drivers got stuck for hours with no information or assistance. Two days later, many parts of Athens face power cuts, hundreds of cars remain blocked on highways, and more than 500 people are trapped in trains.

As the crisis continues, the private and public sectors and schools will remain closed on Wednesday.

Greek media, including those close to the government, strongly criticised the way the snow chaos was handled.

Meanwhile, local authorities and the government have started their own blame game, with the opposition saying the responsibility lies exclusively with the Mitsotakis government. The main opposition party, leftist Syriza, also criticised the fact that the Greek prime minister had “disappeared” for days.

Stylianidis is a non-elected minister and was handpicked by Mitsotakis after the wildfires last summer.

“There have been failures and inadequacies that need to be corrected. And for all these reasons, we created the new Ministry of Climate Crisis. I will continue to support this choice, further strengthening its structures and capabilities,” Mitsotakis said.