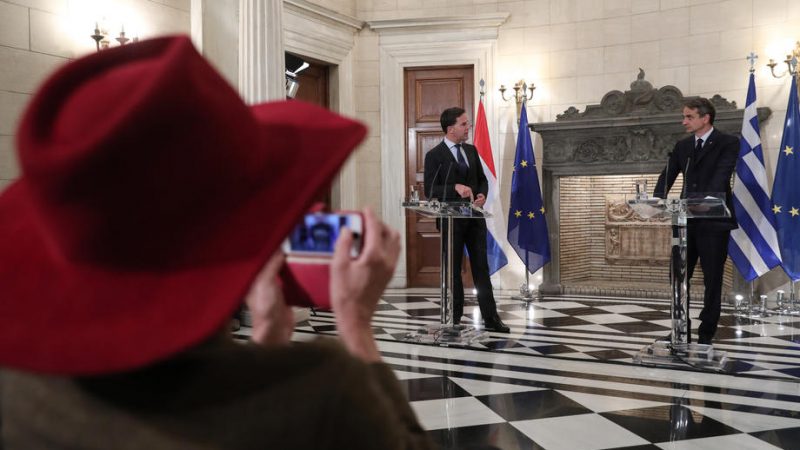 Some commentators criticised her tone as that of an activist, not a journalist while others noted that for the first time, Mitsotakis had to face “real” questions. [EPA-EFE/GEORGE VITSARAS]

The press conference that followed Prime Minister Kyriakos Mitsotakis’ meeting with his Dutch counterpart Mark Rutte in Athens on Tuesday night was marked by a heated exchange with a Dutch journalist, when the latter accused the Greek PM of pursuing an “illegal pushback” policy.

Dutch journalist Ingeborg Beugel called on Mitsotakis to “finally stop lying about pushbacks” and the situation of refugees in Greece.

“Why aren’t you being honest? Why don’t you just say, ‘Brussels left us alone, we waited for six years, and nobody did anything to relocate refugees, and, yes, I am now doing harsh, brutal pushbacks”? the Dutch journalist asked.

Some commentators criticised her tone as that of an activist, not a journalist while others noted that for the first time, Mitsotakis had to face “real” questions.

Mitsotakis answered angrily: “I understand that in the Netherlands, you have a culture of asking politicians direct questions, which I respect very much. What I will not accept is that, in this office, you will insult me or the Greek people with accusations and expressions that are not supported by facts when this country is facing a migrant crisis of unprecedented intensity, saving hundreds, if not thousands of people at sea.”

The conservative leader added that indeed Greece is intercepting boats coming from Turkey, as it has the right to do so under EU regulations.

“Then, we are waiting for the Turkish coast guard to come and pick them up and return them to Turkey. So instead of blaming Greece, you should blame those who have been instrumentalising migration by systematically pushing people in a desperate situation from a safe country,” Mitsotakis said, adding that people in Turkey are not in danger.

“This is our policy, we will stand by it, and I will not accept anyone pointing the finger to this government and accusing it of inhumane behaviour,” he added. 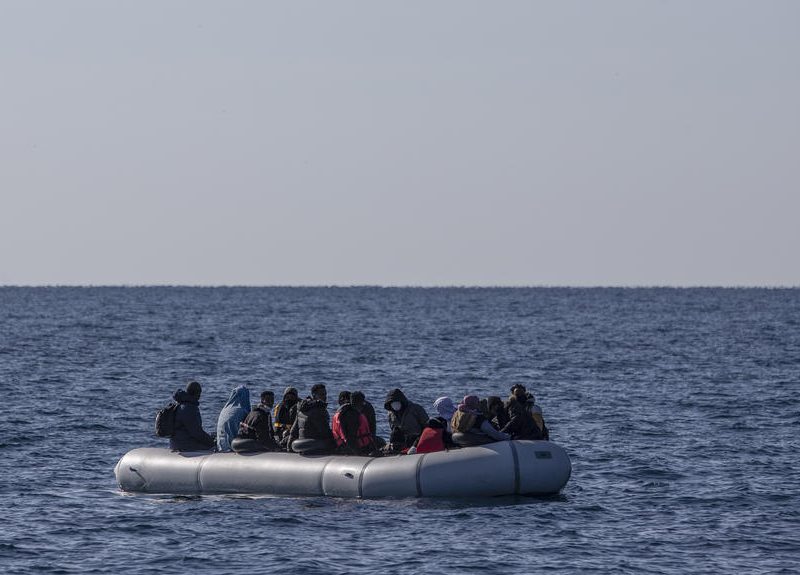 Greek authorities on Tuesday (9 November) aired a video showing a rubber dinghy filled with migrants and escorted by two Turkish boats which they said were trying to force it into Greek waters.

Rutte: Turkey is a safe country

The Dutch PM defended his Greek counterpart’s response, saying Turkey is a safe country and emphasised that Greece is only trying to protect the EU external border.

Rutte said the situation is “extremely difficult” and called on people to “not take boats not properly equipped to cross the Mediterranean Sea and die in those circumstances”.

“We want them to stay there, be safe, and then the EU will take a fair share of refugees,” he said.

The EU has admitted that the Turkish authorities have instrumentalised refugees and migrants on different occasions. In March 2020, Turkish President Erdoğan pushed thousands of refugees to Greece’s northeastern border. In response, Greece closed the border with the support of the EU.

A Turkish-style attempt is currently being made by Belarussian President Alexander Lukashenko at the border with Poland and Lithuania. Press reports suggest that many of these migrants are landing in Belarus with direct flights from Istanbul.

Earlier this week, European Commission President Ursula von der Leyen called on EU member states to “finally approve the extended sanctions’ regime on the Belarusian authorities responsible for this hybrid attack”. However, in the case of Greece in 2020, no talks about possible EU sanctions against Ankara took place.

Meanwhile, Rutte dodged the Dutch journalist’s question why his government opposes the will of many municipalities in the Netherlands to accept refugees and unaccompanied children.

Several non-governmental organisations have reported cases of illegal pushbacks by Greek coast guard authorities. They have also accused the EU border and coast guard agency Frontex of not just tolerating it, but also actively engaging in pushbacks.

Frontex has denied it engages in pushbacks and, following an internal investigation, absolved itself of responsibility in most cases and left some cases pending. This prompted transparency groups to criticise them, alleging they did not handle the investigation properly and are unwilling to hold themselves accountable.

In a resolution last month, EU lawmakers asked for part of the Frontex 2022 budget to be frozen and only made available once the agency has fulfilled several specific conditions.

For its part, the European Commission has called on Greek authorities to investigate alleged incidents of illegal pushbacks.

Critics suggest that a stalemate on the talks for a new EU migration pact has deteriorated the situation.

In an interview with EURACTIV Greece in September, EU Commission Vice-President Margaritis Schinas said no deal on migration is expected before the French Presidential elections in April 2022. 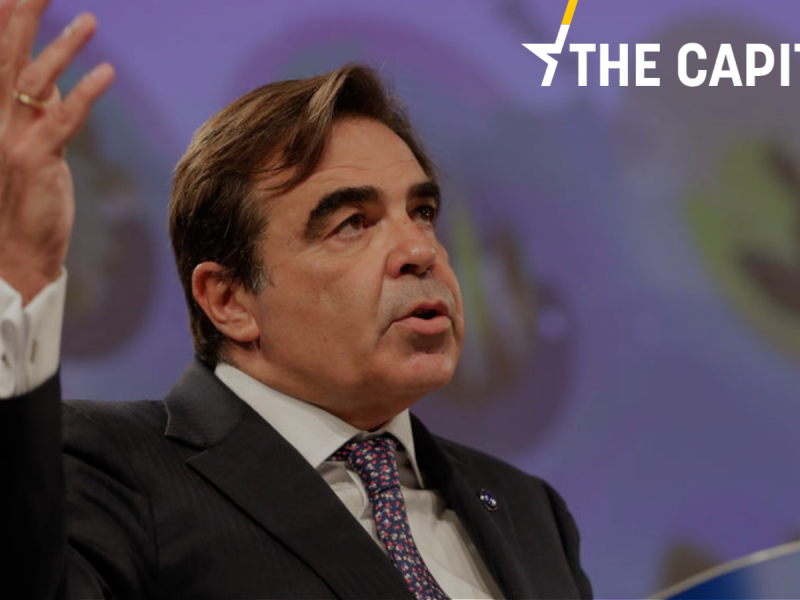 A final deal on Europe’s new migration pact could be reached right after the French presidential elections due next year, EU Commission Vice-President Margaritis Schinas told EURACTIV Greece in an exclusive interview.

“We are very close to the German election, …