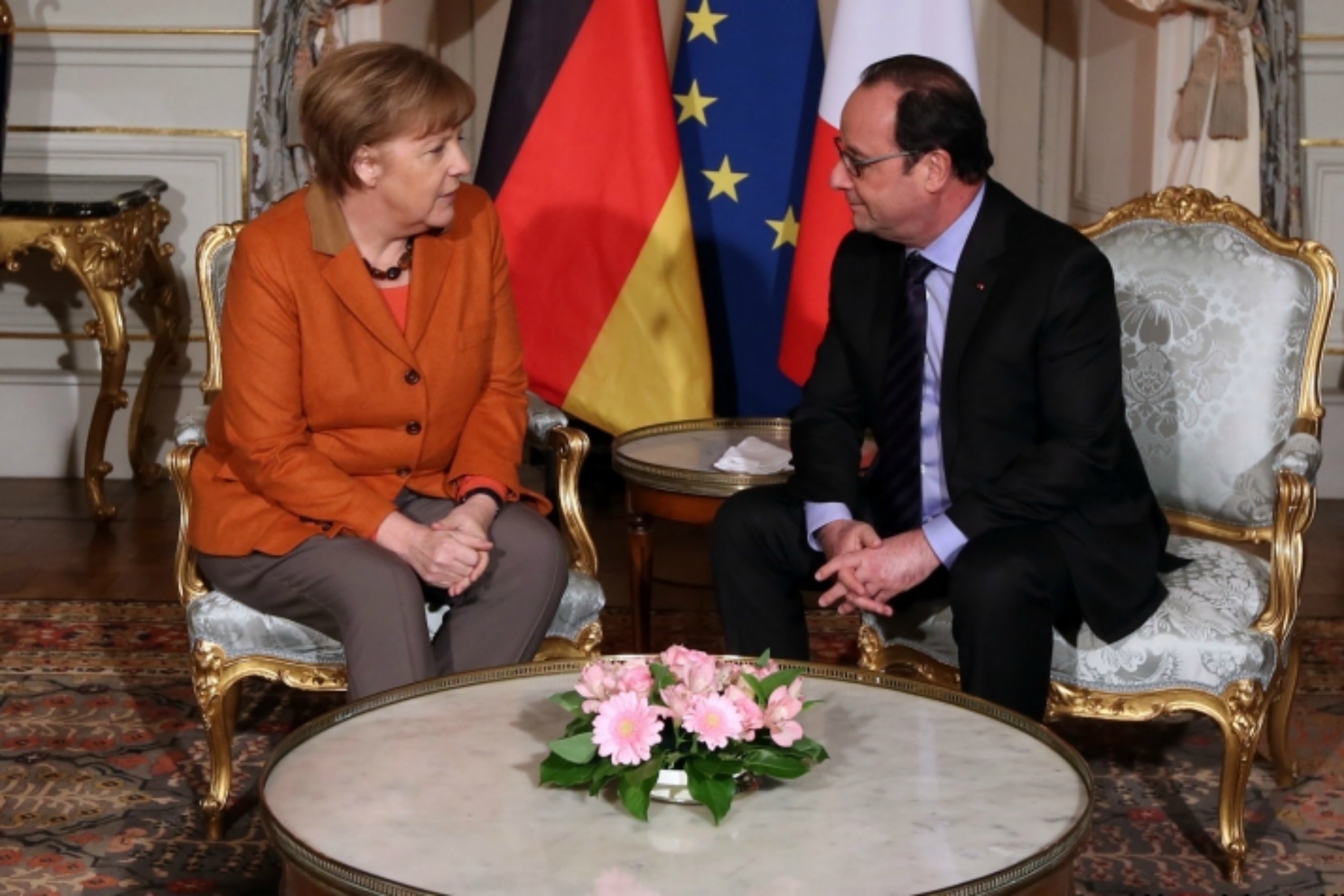 The two leaders were meeting in Strasbourg to discuss the preparations for the next European summit on 18-19 February. They had a private meeting before joining EU Parliament President Martin Schulz for dinner in a restaurant next to the Strasbourg Cathedral.

They made no statements, and the scarce information that filtered through was made available by their collaborators.

Merkel, who opened her country’s borders to Syrians fleeing civil war last summer, is under increasing pressure to limit the influx.

A poll published this week indicated popular support for Merkel had tumbled to a four-and-a-half-year low, with more than 80% of Germans doubting her government had the refugee crisis under control.

The crisis has strained relations between EU member states and tested their commitment to Europe’s open-borders Schengen agreement.

Hollande and Merkel agreed that the action plan defined by the European Commission was a priority, a source close to the French president said.

The plan involves assistance to Greece to control its borders, reinforcing its means to register refugees, but also a fight against smugglers and the acceleration of procedures to expel illegal migrants.

It also includes a package for Turkey to help it curb the influx of migrants into Europe, and a EU border force.

Germany’s Islamophobic PEGIDA movement staged rallies in several cities across Europe on Saturday (6 February), including one gathering up to 8,000 people in the eastern German city of Dresden, to protest against the refugee influx.

Separately, the two leaders also expressed a “strong common concern” about the situation in Syria, the French source said.

Russian and Syrian government forces on Saturday intensified an assault on rebel-held areas around the Syrian city of Aleppo, that has prompted tens of thousands to flee to the Turkish border to seek refugee.

Merkel is due to hold talks today (8 February) in Ankara with Turkish President Recep Tayyip Erdo?an, and the country’s Prime Minister, Ahmet Davuto?lu.

Regarding the package to avoid ‘Brexit’ expected to be agreed over the 18-19 February summit, French diplomatic sources said that there were no differences between the positions of Paris and Berlin. Hollande has excluded the possibility of new concessions to the UK ahead of the Brussels summit.

Reportedly, the rise of populism across Europe was also discussed.