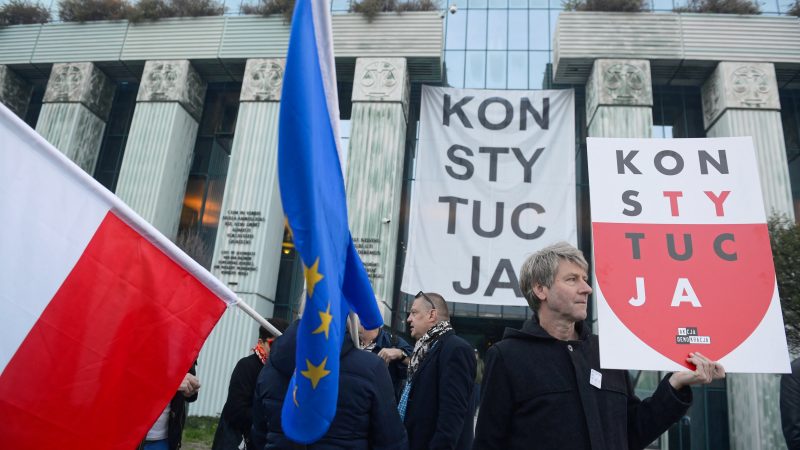 People hold placards 'Constitution' during their protest in front of the Supreme Court building in Warsaw, Poland, 11 October 2018. [EPA-EFE/JAKUB KAMINSKI]

The reform of the legal system in Poland “fundamentally violates” all its elements and the government in Warsaw needs to do more to avoid “undermining public confidence in it,” the Council of Europe’s Commissioner for Human Rights said in a report published on Friday (28 June).

In her sharply worded report, Commissioner Dunja Mijatović broadly criticised Warsaw’s reform of the legal system and the issue of sexual and reproductive rights of women after having paid a visit to the country in March.

“Improving accountability or efficiency of the justice system may not be pursued at the expense of judicial independence,” Mijatović said in a press release announcing the publication of the report.

“Members of the executive and the legislature have a duty to uphold the independence of the judiciary and to avoid undermining public confidence in it,” she added.

The implemented reforms “had a significant impact on the functioning and independence of virtually all key components of the national judicial system, essentially affecting the Constitutional Court, the National Judicial Council, the Supreme Court, common courts, individual judges and the prosecutor’s office”, Mijatović stated in the report.

In reaction to the publication of the report, the Polish government issued a 42-page response, in which it denied that the courts in Poland had been politicised, and stressed that its system of “electing members of the National Council of the Judiciary did not violate any standards of European law”.

Warsaw insists the changes are needed to tackle corruption and clean up a judicial system still haunted by the communist era legacy.

Some of these changes have already been rolled back in the wake of EU protests.

Last year, Poland backed down and allowed the return of the Supreme Court judges who had to retire. However, the EU side has viewed the changes as insufficient as the law remained in force.

But Mijatović said more needed to be done, criticising the fusing of the functions of the justice minister and prosecutor-general and demanding the separation of the positions.

“The independence and credibility of the tribunal have been seriously compromised by the continuing controversy over the election and the status of its president and several new judges, and the Polish authorities should urgently resolve this impasse”, recommended Commissioner Mijatović.

The CoE report echoes a judgement by the EU’s top court, which said in a binding ruling on Monday (24 June) that Poland’s judiciary reform that had lowered the retirement age for Supreme Court judges had breached EU law, effectively warning Warsaw it will have to scrap the reform or face penalties from Brussels.

Legal experts, however, pointed out that the decision only questions the Polish laws as far as the pensionable age — it does not annul the reform as such — and more cases are likely to attach other elements of the reform.

The Polish government has so far ignored previous reports of the Council of Europe.

Warsaw said it disagreed with the opinion of Evgeni Tanchev, an adviser to the European Court of Justice, and insisted that rules on the judiciary met international standards, thus showing no intention to back down.

In a recent interview with Polish daily “Nasz Dziennik”, Justice Minister Zbigniew Ziobro complained that “the scale of external interference by the European Union, fueled by the total opposition in the Polish Sejm and its destructive activities, exceeded all expectations.”

“The battle turned out to be more difficult than it seemed – but we will win. We will finish the reform,” the minister added.

The Commissioner’s report also touched on the need to improve women’s rights in Poland, including securing access to legal abortions.

In the report, Mijatović stated that the rulings of the European Court of Human Rights on restricting access to legal abortion “are not carried out” and the delay in access to abortion is “a very real and serious threat to women’s life and health”, calling on the government to provide Polish women with “effective access” to abortion.

Termination of pregnancy is legal in Poland only in a few cases: rape, when the woman’s life or health are in danger, or if the fetus is irreparably damaged. NGOs have pointed out that women encounter difficulties obtaining an abortion even in such cases. 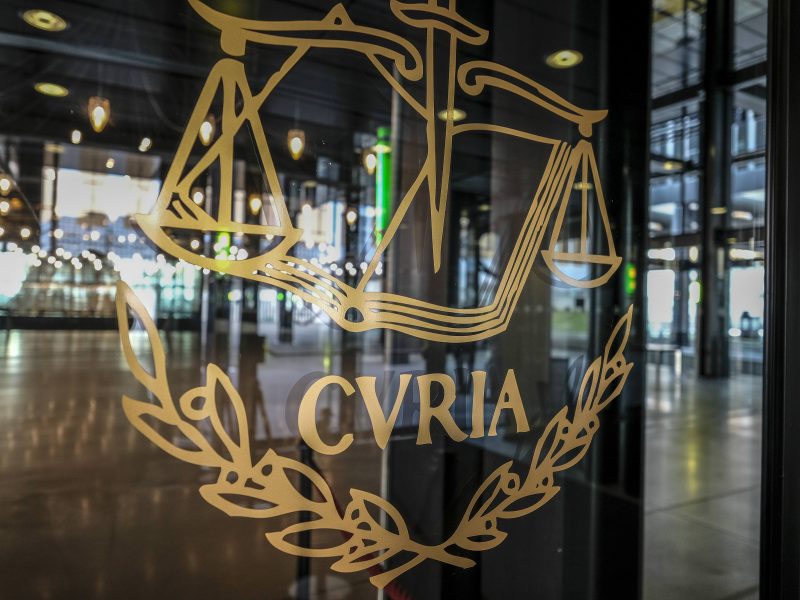 Poland’s judiciary reform that lowered the retirement age for Supreme Court judges has breached EU law, the EU’s top court said in a binding ruling on Monday (24 June), which effectively means Poland will have to scrap the reform or face penalties from Brussels.