Hungarian Prime Minister Viktor Orban said Friday (26 August) a second fence line will be built on the country’s southern border with Serbia, capable of stopping any new wave of migrants toward the EU.

The risk that the European Union’s deal earlier this year with Turkey to stem the flow of migrants might not last means Hungary needs to strengthen its border defences, Orbán said.

Orbán has emerged as the standard-bearer of those opposed to German Chancellor Angela Merkel’s “open-door” policy, in the wake of Europe’s worst migration crisis since World War II.

Dubbed a “smart fence” by local media due to its high-tech features, construction by prisoners of the three-metre-high and 10.3-kilometre-long barrier began a month ago.

The new fence is equipped with heat and movement sensors, as well as night cameras installed at regular intervals, according to media reports.

When fully built it is expected to cut the numbers of troops and police officers required to patrol the border, said the M1 pubic television news channel.

The government will decide later on when the rest of the fence line will be built, said the channel.

In 2015 over 400,000 migrants trekked through Hungary, a border of the EU’s passport-free Schengen zone, toward northern Europe. 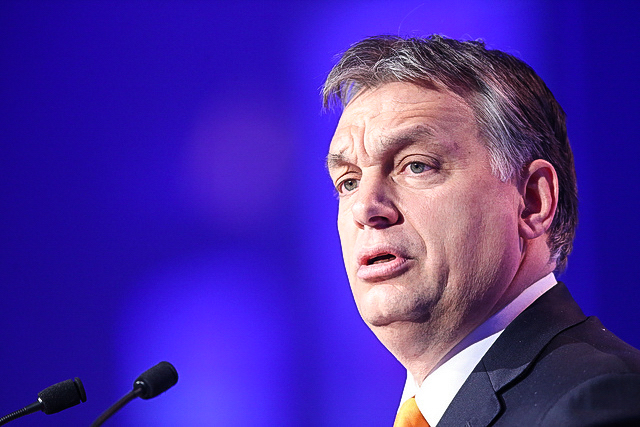 Hungary called on Tuesday (25 August) for more money from the European Union to handle a rising tide of migrants, as a new wave hit its southern border and further exposed the cracks in EU policy towards the worst refugee crisis since World War Two.

After the first fence line was completed in September last year, and another one along the Croatian border a month later, the number of migrants entering Hungary slowed to a trickle.

A Hungarian member of the European Parliament has sparred with a human rights campaigner and caused an outcry on Twitter after writing that pigs’ heads along the border fence erected by Hungary to keep out migrants would make an effective deterrent.