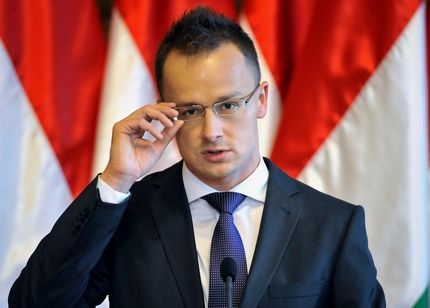 Hungary reversed its decision to suspend a key EU rule on processing asylum claims on Wednesday (24 June), a day after its announcement caused concern in Brussels and elsewhere.

“(Foreign) Minister Péter Szijjártó has informed his Austrian counterpart that Hungary was not suspending any rule of the European Union,” the foreign affairs ministry said in a statement.

Budapest said it had merely requested a period of grace from fellow EU member states to help deal with the tens of thousands of refugees arriving in the country.

The right-wing government of Prime Minister Viktor Orbán had caught Brussels by surprise on Tuesday when it announced it was indefinitely opting out of the so-called Dublin III regulation because of “technical reasons”.

The provision requires a migrant’s asylum claim is processed in the EU country they first arrive in.

Budapest said it had been forced to take the step to “protect Hungary’s interests and population” in light of the tens of thousands of refugees who had arrived over the past year.

The move, which came ahead of a key EU summit on the immigration crisis on Thursday, prompted Brussels to demand “immediate clarification”.

It also drew strong criticism from neighbouring Austria, which called the decision “unacceptable” and warned of “negative consequences”.

The announcement was the latest in a series of anti-immigration measures in Hungary, which have sparked international outrage.

Last week, the government unveiled plans to build a four-metre (13-foot) high fence on its border with Serbia to keep out migrants.

EU member state Hungary has become a major transit country for refugees attempting to reach wealthy Western countries like Austria and Germany by land rather than sea.

This year, more than 50,000 migrants tried to cross into Hungary via Serbia between January 1 and 31 May — representing an 880-percent increase compared to the same period in 2014, according to new figures by the EU’s Frontex border agency.

Most come from Syria, Afghanistan and Iraq, but also from Kosovo.

“The land route towards Hungary constitutes the main transit route for migrants who entered the EU from Greece and Bulgaria”, Frontex noted in a statement.

It also represents “a safer option” than the Mediterranean Sea where hundreds of refugees arriving from North Africa drowned earlier this year.

As a result, the Balkan route is now one of the three main migration paths.

But human rights groups have rejected the argument put forward by Hungary that it can no longer cope with the numbers of asylum claims returned to Budapest under the Dublin III rule.

“Of the 3,000 refugees that came to Germany from Hungary in 2014, Berlin only sent back 42 under the Dublin III agreement,” said the Helsinki Committee for Human Rights.

Orbán, who has a record of spats with Brussels, has been among the harshest critics of EU plans to manage the upsurge in migrant numbers by spreading the burden around the 28-nation bloc.

The quota proposal is at the heart of an increasingly heated debate between EU member states over how to best tackle the migrant crisis.

Some 100,000 migrants have crossed the Mediterranean so far this year, most of them landing in Italy, Greece and Malta which all want their EU peers to share more of the plight.

Italian Prime Minister Matteo Renzi has warned that Europe needs to find a solution to the migrant crisis or risks “losing itself”.

The EU has proposed that 40,000 Syrian and Eritrean asylum-seekers should be redistributed and that 20,000 Syrians living in camps outside Europe should be resettled across the 28-nation bloc (see background).

But Hungary, along with Poland, Czech Republic and Slovakia, has called on the EU to let member states decide for themselves how many migrants they will accept.

The EU summit starting today is coming back to the issue, the expectation being that leaders will focus on the return on migrants to their countries of origin, and attempt to put in place a voluntary scheme for resettlement of refugees.

>> Read: EU summit ‘to close the windows’ to immigrants

On 16 June, EU interior ministers rejected the plan based on mandatory quotas. The EU summit on 25-26 June will discuss the issue further.