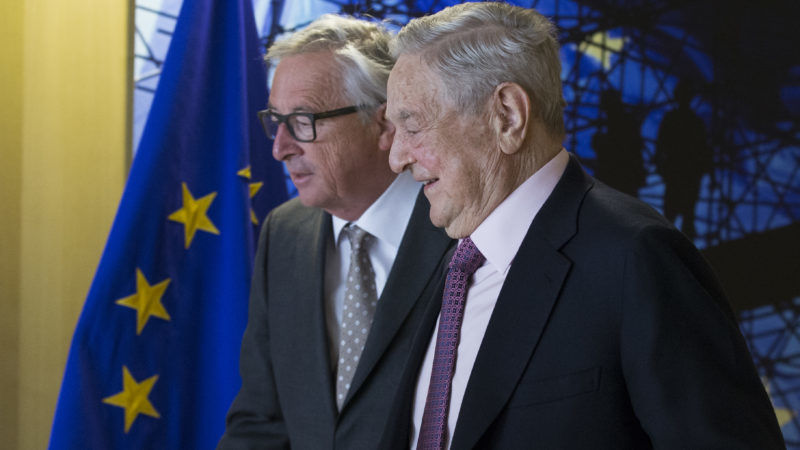 The aim of the campaign, which will probably be launched next month, is to investigate public views on the “Soros plan”, government spokesman Bence Tuzson told public radio, without giving further details.

A top official in the ruling Fidesz party, Lajos Kosa, said last week that the “Soros plan” aims to persuade Europe to accept a million migrants per year and tear down Hungary’s anti-migrant border fences.

Prime Minister Viktor Orbán has regularly attacked the Hungarian-born Soros in the past year, calling him a “public enemy” for his alleged backing of uncontrolled mass immigration.

A national consultation held earlier this year also focused on Soros, whom Budapest sees as a liberal bogeyman funding a raft of civil society groups in central and eastern Europe.

An image of the laughing 87-year-old Soros adorns billboard posters, accompanied by a message urging Hungarians “not to let Soros have the last laugh”.

The posters, some of which were daubed with anti-Semitic graffiti, were widely condemned by many, including Soros himself and Hungary’s main Jewish organisation, which called them “poisonous”.

The anti-Soros drive is the latest in a series of taxpayer-funded “national consultations” by Orbán’s government, comprising questionnaires sent to households and accompanying mass media “public information” campaigns.

The first one, in 2015, included a questionnaire asking households about “immigration and terrorism”.

That survey was sharply criticised, notably by the UN refugee agency UNHCR, which expressed “shock” at its questions and said it could boost xenophobia in the EU country.

Another campaign titled “Let’s Stop Brussels” asked citizens for advice on how to deal with European Union policies that the government said threatened Hungarians’ independence.

Hungarian media reported on Tuesday that Orbán had told a recent closed party meeting that immigration would be the main theme of the run-up to the election, likely to be held in April.