**Updated with the position of Slovak PM Matovič.

The Commission proposed on Wednesday (23 September) that all EU countries share responsibility for asylum seekers under a “mandatory solidarity” mechanism, an attempt to reconcile the position of Southern and Eastern members.

The key point of the new pact is that member states would have to either accept asylum seekers, take charge of sending back those who are refused asylum, or offer financial assistance on the ground to frontline EU states.

In previous years, the Visegrad Four – Poland, Hungary, Slovakia, and the Czech Republic –  vehemently rejected the previous quota-based plan to distribute migrants across the EU and opposed Southern Europe’s push for mandatory arrangements.

After meeting von der Leyen behind closed doors in Brussels, the prime ministers of Poland, Hungary and the Czech Republic indicated they have an unambiguous view on this issue on the EU’s new migration proposal.

Slovak Prime Minister Igor Matovič could not attend but had authorised the Czech Republic to represent him.

Bratislava had said it welcomed the abandoning of mandatory quotas and that it needs more time to study the proposal, but was more hesitant to reject it in the way its fellow three Visegrad partners did.

Slovakia, for some time already, is engaging in a diplomatic strategy, where it does not openly criticise the countries of V4 openly, but nevertheless tries to distances itself.

On Thursday (24 September), Matovič wrote on Facebook: “There will be no mandatory quota! The European Commission has after 4 years made a second attempt how to address the migration crisis. The first one has not worked out, but the Commission has learned its lesson.”

However, he toned down his countries rejection of the pact as such.

“Everyone is expecting nothing more of us than to say we reject compulsory quota… and not offer any alternative solutions. These times are over,” he wrote.

“We will not play with the lowest instincts, but honestly and bravely will communicate to our European partners that while we categorically reject mandatory quota, we will, in solidarity, offer help to those countries, which suffer greatly as a result of illegal immigration,” he added. 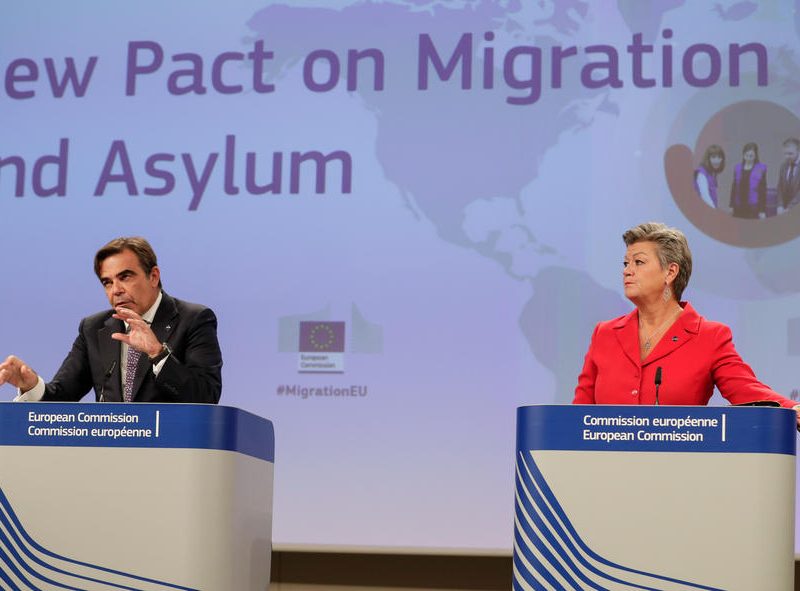 “There are certain rules that we stick to, the need to ensure effective policies regarding border control, on-the-spot assistance, or the kind of assistance Poland is now giving to Greece,” Polish Prime Minister Mateusz Morawiecki, the current chair of the Visegrad 4 presidency, told reporters in Brussels after the meeting.

Following the fire in the Moria refugee camp, the Polish government announced it would help by sending modular homes to help rebuild the camp.

Morawiecki added that the four had presented a preliminary point of view to von der Leyen and more talks would follow.

Hungarian Prime Minister Viktor Orbán agreed with him, but struck a more defiant tone, saying that although “the tone of the proposal itself sounds better” a change in name changes nothing as most of the key friction points would remain.

Hungary’s nationalist government said the EU’s external borders should “remain perfectly sealed along all sections” and Hungarian politicians insisted they will reject any political blackmail to accept the plan.

“The basic approach remains the same as the EU would like to manage migration, not stop migrants,” Orbán told reporters.

“The Hungarian position remains the same as we believe that migrants must be stopped… It’s true, there have been many changes, but that is not yet a breakthrough,” he stressed, explaining that “a breakthrough would mean outside hotspots, so nobody can step on the ground of the European Union without having permission to do so”.

Czech Prime Minister Andrej Babiš reiterated the Czech position that Prague would not take part in any relocation of migrants and also rejected as meaningless the concept of “compulsory solidarity” proposed by the Commission.

He also added he has “absolutely has the same opinion as Orbán – that we need to stop migration and change the quota relocation system, so we should continue to negotiate, talk to African countries and develop a long-term strategy for Syria and Libya”.

“This is fundamentally nonsense because if we don’t accept migrants, we can’t return them,” Babis said. 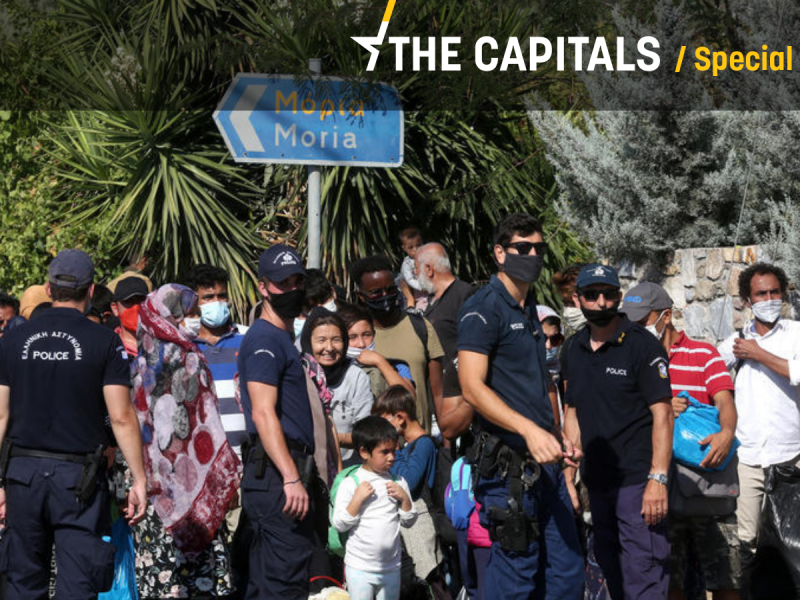 Member states to clash over the EU's new migration pact

In today’s edition of the Capitals, find out more about how the EU member states reacted to the European Commission’s proposal for the New Pact on Migration and Asylum, as well as other news from the Capitals.

One response to “In Brussels, Visegrad countries reject the EU’s migration plan”