German language courses can be a means to break the spatial and social isolation of refugees. [Christian Bruna / epa]

According to the German Education Report 2016, immigration of refugees and asylum seekers had created additional space, personnel and financing requirements. The authors of the report estimate that up to €3 billion more will have to be spent every year for early childhood education, school and vocational training throughout Germany.

All asylum seekers can learn the German language during their stay in the temporary accommodation. The respective receiving authority is responsible for the instalment of such German language courses. 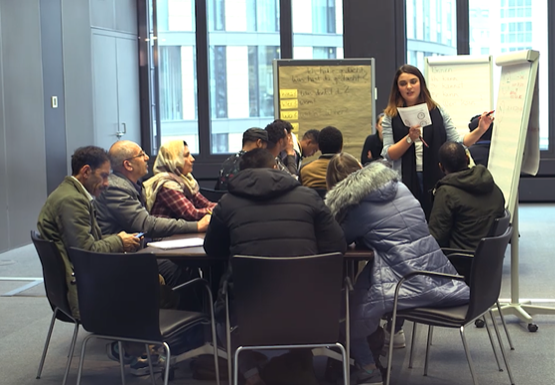 ‘Teachers on the Road’ offers free German courses to all participants.

When the group around Timur Beygo, who has been involved since the founding in 2013 and now manages the ‘Teachers on the road’ project, looked at the situation in the refugee facilities five years ago, many refugees did not receive any German lessons there or only after waiting months for a place in an official German course.

Aid agencies and regional integration officers alike criticise that this has not changed much in recent years. For many refugees, there is still no access to official courses today and the provision of sufficient German and literacy courses is still problematic.

Integration as an offer and obligation

The essential instrument of language promotion for asylum seekers by the public sector is the integration course. Until November 2015, those who were tolerated and persons still in the asylum procedure could not participate in an integration course. Since the Integration Act entered into force in August 2016, participation in such courses is binding and the failure to do so can be sanctioned.

Participants receive a language programme of 600 lessons and an orientation course with 100 lessons. The desired language level is B1 of the international classification of language skills and is proven by a language test.

Since November 2015, those who are expected to be legally and permanently resident – and this currently applies, among other, to people from Syria – can apply for admission to a course at the Federal Office for Migration and Refugees (BAMF).

In addition, as in the past, refugees are entitled to apply for protection. There is no legal claim for language promotion. 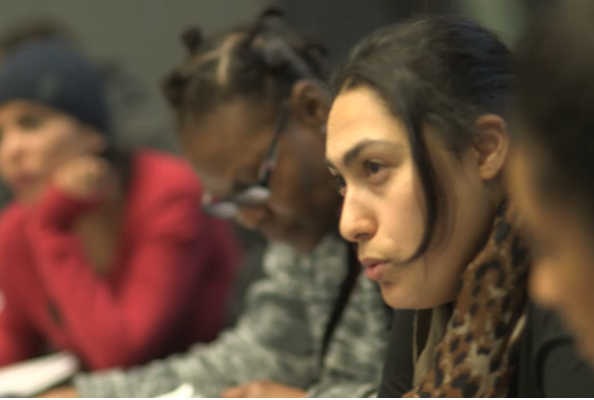 Learning the German language is high on the wish list of many refugees.

Getting out of isolation

It is precisely this desire – to learn the German language and find some occupation – that characterises many people who arrive in Germany.

According to a study by the Federal Office for Migration and Refugees (BAMF), the Institute for Employment Research (IAB) and the German Institute for Economic Research (DIW), almost half of the respondents (46 %) are aiming for a school certificate in Germany – among them some 55% who have already graduated in their country of origin. However, basic prerequisites for this are adequate language skills.

The gap between the supply of language courses and the strong demand from the side of asylum seekers is what the ‘Teachers on the Road’ project wants to fill. All German language courses are free and open to everyone.

According to the project, around 250 volunteers currently teach up to 580 participants per week throughout Germany. Some of the volunteers are refugees themselves and have experienced how important German language skills are for a self-determined life. Like Nyet from Eritrea, who came to Germany in 2013.

“Being able to speak German and do many things myself has given me great self-confidence,” says Nyet. She also wants to share this experience with others. “That is why I am teaching ‘Teachers on the Road’ courses now.” 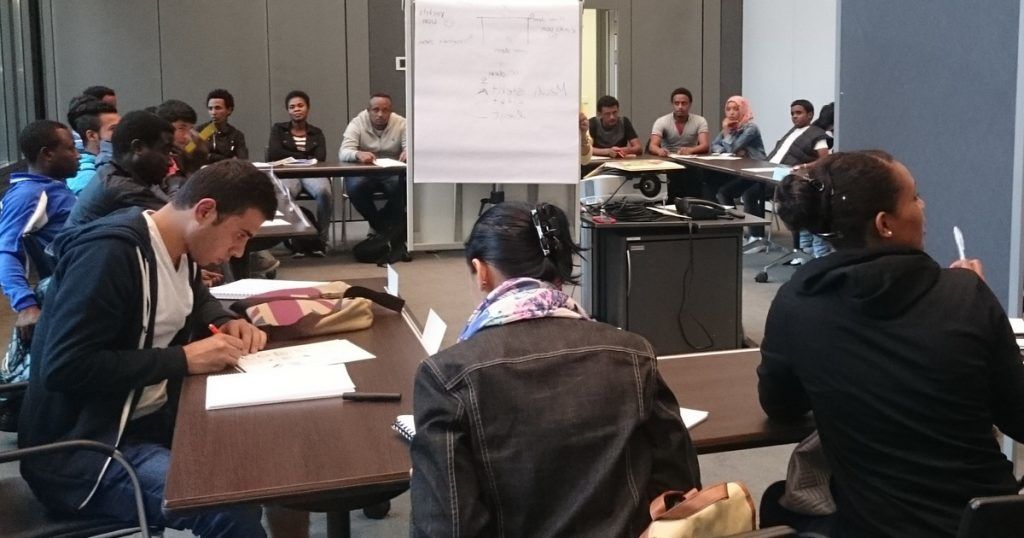 Currently, there are around 250 volunteers teaching at ‘Teachers on the Road’.

Courses always take place outside the refugee camps. The volunteer teachers want to break the spatial and social isolation of the refugees – ‘Teachers on the Roads’ calls this “isolation-breaking’ – with language courses that provide space for exchange, encounter and friendship.

The volunteers also support the participants in dealing with authorities, in the search for vocational training and a job, as well as in asylum procedures.

“We see ourselves as a political education project. All the people who live here should be part of this society,” says Timur Beygo.