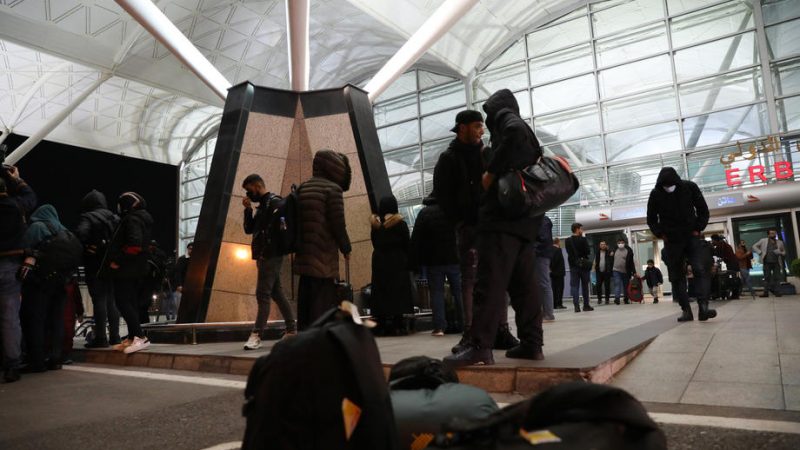 File photo. Iraqi migrants arrive at Erbil International Airport, Erbil, Iraq,18 November 2021. The Iraqi Airways plane brought back home a number of Iraqi citizens as part of Iraqi authorities' efforts in helping its citizens, who have been stranded at the border between Belarus and Poland in the hope of getting into the EU. [EPA-EFE/Gailan Haji]

Since 18 November, the Iraqi government has organised “10 flights from Baghdad to Belarus” to repatriate its citizens, Fuad Hussein told a press conference in Baghdad with his Lithuanian counterpart.

“We have been able to repatriate around 4,000 Iraqis who were stuck on the Belarus borders with Poland, Lithuania and Latvia,” he said.

Foreign ministry spokesman Ahmed al-Sahaf later told AFP that “3,817 Iraqi migrants have been repatriated from Belarus and 112 from Lithuania”.

The flights have generally arrived in Iraq’s autonomous Kurdistan region, where many of the would-be migrants are from, before continuing to Baghdad. 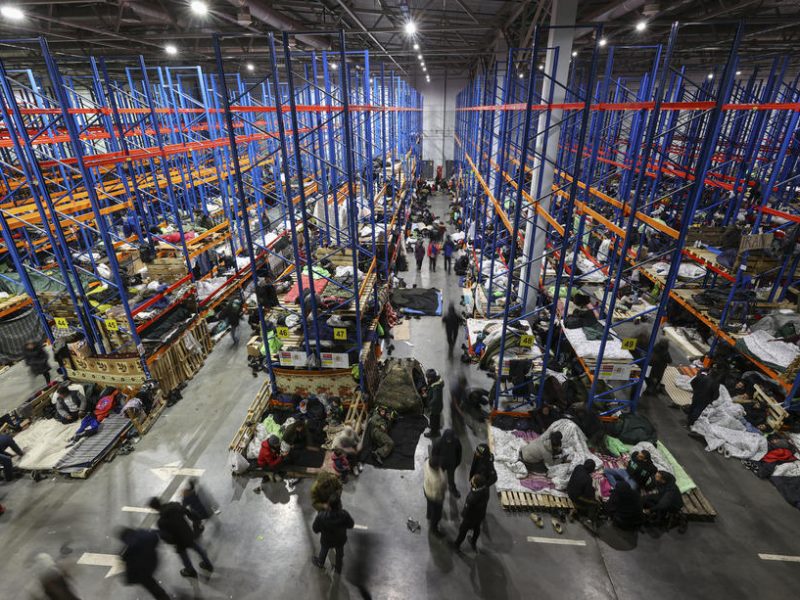 Interview: Why did so many Kurds go to Belarus?

Political disillusionment, lack of economic opportunities and dreams of a better life are reasons why many asylum seekers that enter Lithuania from Belarus originate from Iraqi Kurdistan, a region considered one of the wealthiest and most stable in the region.

Sahaf said some Iraqis were still stuck in Belarus, but that “the difficult weather and complex environment do not allow rescuers to determine their numbers”.

Since last summer, thousands of migrants, many from the Middle East and Iraq in particular, had been camped on the Belarus-EU border, often in bitter conditions, trying to enter the bloc.

The West has accused Belarus of luring the migrants to the border as revenge for sanctions against President Alexander Lukashenko’s regime.

Belarus has denied the claim and criticised the EU for not taking in the migrants. Poland sealed its border and did not allow even the Warsaw-based Frontex EU border guard agency to access the area.