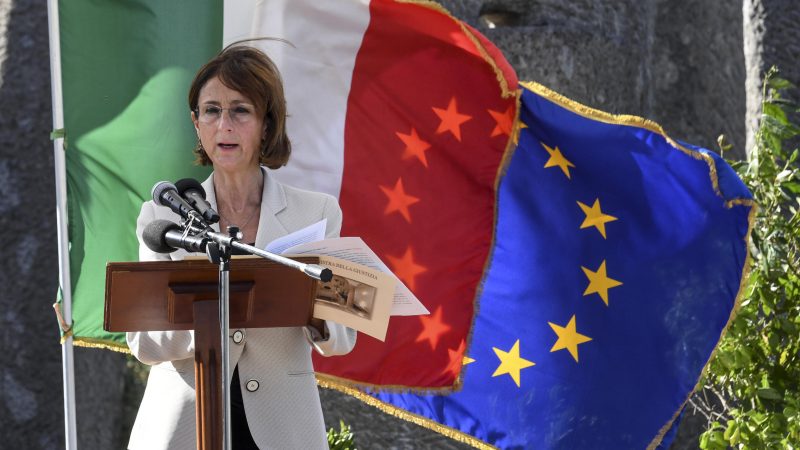 The Italian government has reached an accord over a contested reform of the judicial system, a government spokesperson said on Thursday (29 July), apparently putting an end to weeks of friction in Mario Draghi multi-party coalition.

For decades, justice reform has been the most contentious area of Italian politics, and an overhaul of the system is one of a series of measures Draghi has promised the European Union to unlock billions of euros in Recovery Funds.

The 5-Star Movement, the largest ruling party, had demanded changes to an overhaul proposed by Justice Minister Marta Cartabia that was approved in cabinet on 8 July, but has not yet been passed in parliament.

Bogged down by the justice reform, Draghi, who took office in February, has had to slow other promised reforms of the tax system and competition rules.

The main sticking point of the judicial reform was changes to limit the length of trials by simply ending them if a final verdict had not been reached within a given time limit.

5-Star, as well as many prosecutors, said Cartabia’s proposal would have truncated tens of thousands of trials, undermining justice, allowing criminals to escape sentence and posing a threat to public safety.

“The cabinet has unanimously approved the technical adjustments proposed by the government,” Draghi’s spokesperson tweeted after a meeting that lasted most of the day.

Under the deal, the changes proposed by Cartabia will not apply in the same way for crimes related to organised crime, terrorism, sexual violence or drug trafficking, and they will be phased in gradually until 2024, the spokesperson said.

Italy’s justice system has three degrees of judgment, meaning defendants can make two appeals. Far more cases expire under the statute of limitations than in other advanced countries.

The new reform by Cartabia, aimed at reducing backlogs and speeding up court proceedings, would freeze the statute of limitations at the end of the first trial but set strict time limits for the two appeals.

Under her proposal, which has now been amended in cabinet, if the first appeal was not completed in two years and the second in one year, all cases bar those punishable with a life sentence would expire without a verdict unless judges grant special dispensation for the trial to continue.

Nicola Gratteri, one of Italy’s best-known anti-mafia prosecutors, told parliament the reform would have meant 50% of trials would be ended in the appeals stage.

Under the changes adopted on Thursday, mafia crimes can continue to be pursued in appeal for up to six years until 2024, and for up to five years thereafter, a government source told Reuters.

5-Star leader and former Prime Minister Giuseppe Conte said he was satisfied with the compromise reached.

“This isn’t our reform but we have worked constructively to make a contribution to improving it,” he told reporters.

He added that he was “absolutely confident” that 5-Star lawmakers, who are often divided, would now back the reform in parliament.

Cartabia says she can speed up trials thanks to measures to encourage defendants to seek plea-bargain deals and the hiring of thousands of support staff in courtrooms.